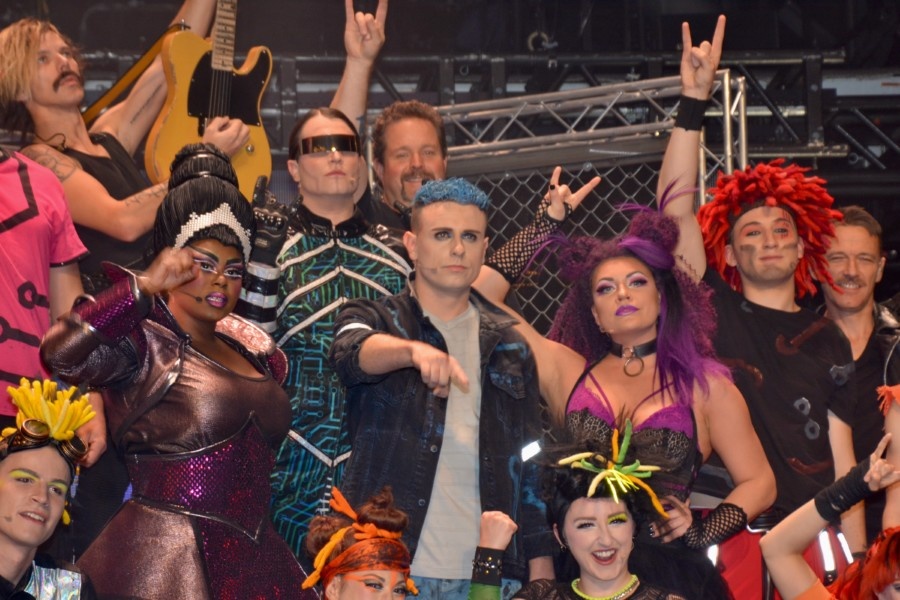 Annerin Theatricals is bringing the North American tour of the Queen-inspired musical, We Will Rock You, which debuted in 2002, to New York City for the first time this November at Hulu Theater at Madison Square Garden. Having played to over 16-million theatergoers in 19 countries, We Will Rock You will make its New York premiere for six performances only, November 14 – 17.

The show is directed by JP Thibodeau, choreographer by Angela Benson and musical directed by Russell Broom.

The band consists of Associate MD Scott Henderson on keyboards, Lisa Jacobs on bass, Kyle McKearney on guitar, and Chad Melchert on drums.

With the recent Oscar®-winning film, “Bohemian Rhapsody,” the music of Queen is more popular than ever. In 2002, many of those hits were compiled into a rock musical experience. This production is based on the songs of Queen with a book by Ben Elton (“The Young Ones,” “Blackadder, “Popcorn”). The original West End production featured music supervision from Brian May and Roger Taylor, and Elton fashioned this futuristic story around more than 24 of Queen’s biggest hit songs including: “We Are the Champions,” “Radio Ga Ga,” “I Want To Break Free,” “Somebody To Love,” “Killer Queen,” “Don’t Stop Me Now,” “Under Pressure,” “Bohemian Rhapsody,” “Another One Bites The Dust” and, of course, “We Will Rock You.”

We Will Rock You tells the story of a globalized future without musical instruments. A handful of rock rebels, the Bohemians, fight against the all-powerful Globalsoft company and its boss, the Killer Queen; they fight for freedom, individuality and the rebirth of the age of rock. Scaramouche and Galileo, two young outsiders, cannot come to terms with the bleak conformist reality. They join the Bohemians and embark on the search to find the unlimited power of freedom, love and Rock.