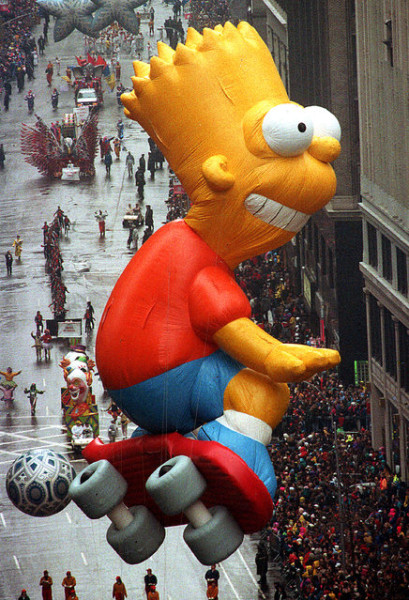 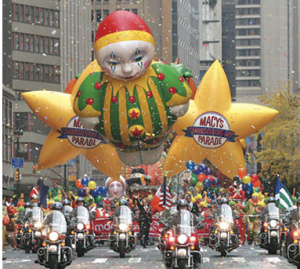 The parade in a snow storm

This year spectators may get soaked and an umbrella is a must as Macy’s Thanksgiving Day Parade celebrates it’s 90th birthday. The good news is the balloons will be flying high thanks to winds will be less than 10 mph on Thursday and the Temperatures will be in the middle 40s.” The NYPD’s has extensive security including placing 81 sand-filled trucks near the parade route to prevent a terror attack like the one in France last year. The precaution comes from an article in an ISIS magazine, which encouraged an attack in NYC. The article even included a picture of the parade. The trucks will be just one layer of security measures as the nation’s largest police force will be deploying more heavily armed officers throughout the city. 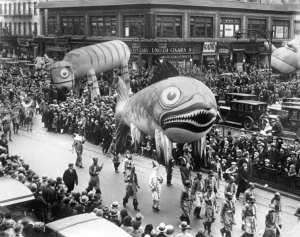 Facts: A torrential downpour kept the balloons grounded in 1971, for the first time in history. in 1989, the parade marched through its first snowstorm and in 2013 strong winds nearly grounded the balloons.

The parade began in 1924 and is one of the longest running holiday traditions in the country.