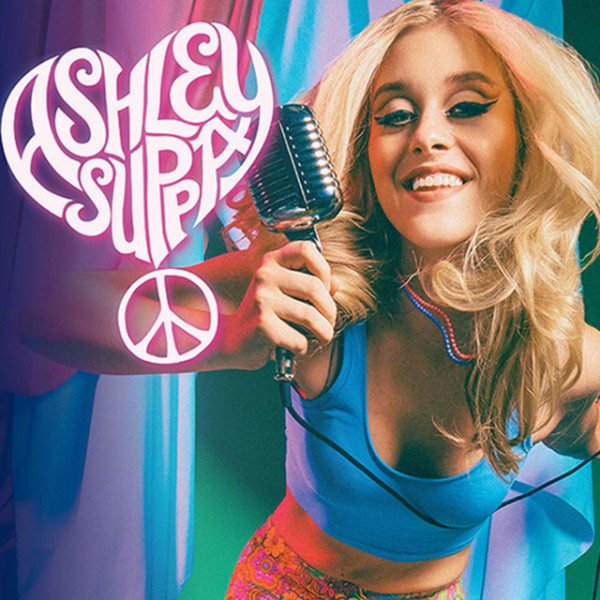 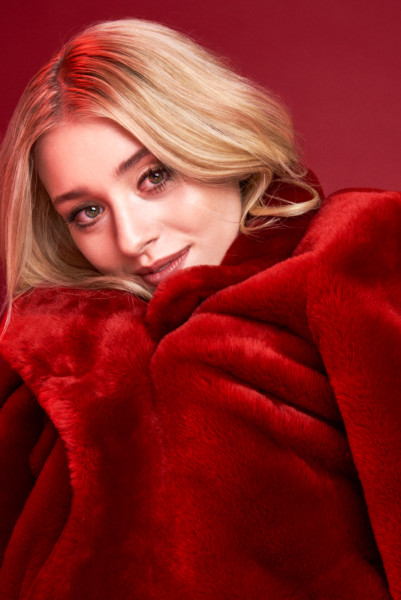 In today’s swiftly changing menu of popular music, you can definitely add 19-year-old Ashley Suppa to that celebrated list. Writing her own material and meticulously creating it with producer Alex Salzman; her self-titled first EP Ashley Suppa (Ki-Jung Media) made a sizeable impression on the contemporary music scene when it was released late last year.

Says Ashley: “When I was six years old, thanks to my dad, I had an amazing opportunity to sing background vocals on Ace Frehley’s (KISS) Anomaly album. It ignited my love for singing that evolved into a passion for songwriting. I began studying guitar when I was 12 and found my love for the bass guitar at the School of Rock where I learned vocal techniques and refined my live performance skills working with other musicians at the school and also performing in local theater.”
Her dad, a guitarist and music aficionado turned Ashley onto a variety of music and artists that further stirred her creativity.
Continues the New York native, “At 15 I started writing and recording my own songs on a laptop creating demos – one that made its way to the Grammy® nominated producer Alex Salzman who collaborated with me on my debut release.”
The subsequent 8-track self-titled EP generated an immediate awareness and appreciation of her music; and the first singles “Trouble,” “King,” and “Move!”
Vents Magazine said of “Trouble”: “With the first quarter of the track feeling like a crash course focused on Suppa’s vocal harmonies and overall vocal performance it then pivots into a chorus showcasing her immense talent for crafting catchy melodies, there’s a defiant and unpredictable narrative at work with ‘Trouble’.”
Ashley’s songs lyrically take a deep dive in to the machinations of dealing in a world of technology and social media.
Earmilk said of the song “King”: “Taken from her debut EP, ‘King,’ with its foreboding message of personal disconnect is no exception as it roots us in place with the pull of its polished arrangement and her poignant songwriting. Showcasing wisdom beyond her years, Suppa is already proving to be an act worth watching, as she quickly makes an ascent into stardom.”
Suppa said of the song: “I wrote it about surviving in the digital age. I was lost in the distractions I had created within technology, and it was time to face everything that I had been feeling. With social media, we are at a point where we can choose how others perceive us. Online, we can show the world the best parts of ourselves when in reality; our struggles are what is prominent.”
Suppa’s also paired up with the all-girl band Plush. As a founding bassist of the ensemble, she’s been on tours with the likes of Slash; Evanescence, Halestorm and Mammoth, and is about to embark on a later this month with Alice In Chains and Bush.
Says Salzman, “Having worked closely with Ashley for the past three years, I have witnessed her blossom from a shy teen making bedroom pop demos into a bonafide legitimate singer, songwriter and performer with melodic and lyrical maturities beyond her years. Her natural talent, authenticity, intelligence, humbleness and empathy relates to fans of all ages and will undoubtedly propel her to achieve great successes.”
Fashion is another area where Suppa chooses to express herself. “I love shopping the vintage stores and watching the current fashion trends. I equate it to songwriting, both being ultimate forms of self-expression.”
“My songwriting influences have come from so many great artists like David Bowie, Lady Gaga, The 1975, Tyler the Creator, Dua Lipa and Bruno Mars. I write songs that reflect my personal experiences, feelings and perspectives on life hoping that they empower people of any age to think deeper about their relationships and interactions with the world around us.”
www.ashleysuppa.com
Related ItemsAlex SalzmanAshley SuppaG. H. HardingKi-Jung MediaNewSingerSongwriter
Music