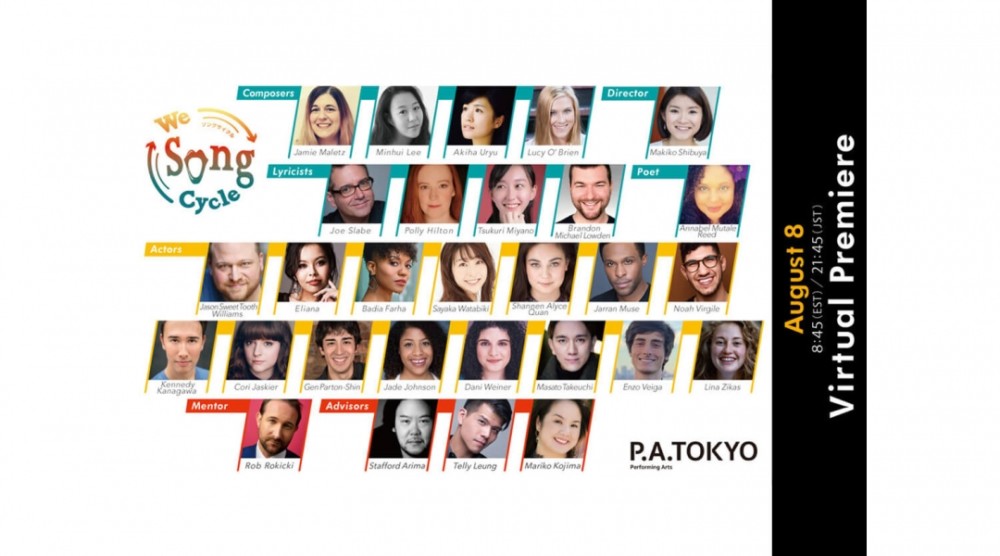 P.A. TOKYO will host a live, virtual premiere of their cross-continental musical collaboration, WeSongCycle. The virtual song cycle will begin at 8:45am (EST) / 7:45am (CST) in the United States on YouTube.

This virtual premiere marks the season finale of an online documentary-style series in which P.A. TOKYO brought together an international group of the next generation of composers, lyricists, writers, and directors to create an original song cycle. The creators were guided by Broadway mentor Rob Rokicki (The Lightning Thief: The Percy Jackson Musical) and Broadway advisors Telly Leung (Aladdin, Allegiance), Stafford Arima (Allegiance, Ragtime), and Mariko Kojima (Pacific Overtures).

Suzanna BowlingNovember 26, 2022
Read More
Scroll for more
Tap
What To Watch Aug 2nd To Take Away The Blues
An Evening With Alan Menken