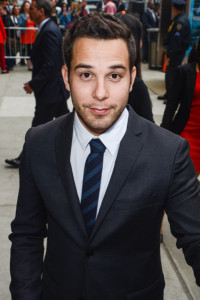 To see the rival of West Side Story starring Skylar Astin(Spring Awakening, “Pitch Perfect”) you will have to go to Queens. Complete casting has been announced for Carnegie Hall’s large-scale revival, which will be presented March 4-6 at the Knockdown Center, a restored 50,000-square-foot factory located in Queens. The Weill Music Institute presents West Side Story, a work that speaks closely to WMI’s mission of supporting music in the community and around the world. it features professional artists in lead roles and the participation of high school students and community members from around the city.

The cast includes 14 high school students from New York and New Jersey (noted with an asterisk) who are working side-by-side with the professional performers throughout the rehearsal and performance process. Nearly 200 teens from 25 high schools in all five boroughs of New York City will sing new choral arrangements specially created for this production by Thomas Cabaniss.

The production will be directed by Amanda Dehnert, and Marin Alsop, a protégé of Leonard Bernstein’s is the musical director and conductor.

Jerome Robbins’ original choreography (reset by Julio Monge), will be joined by new choreography in select parts of the show created by Sean Cheesman (“So You Think You Can Dance”).