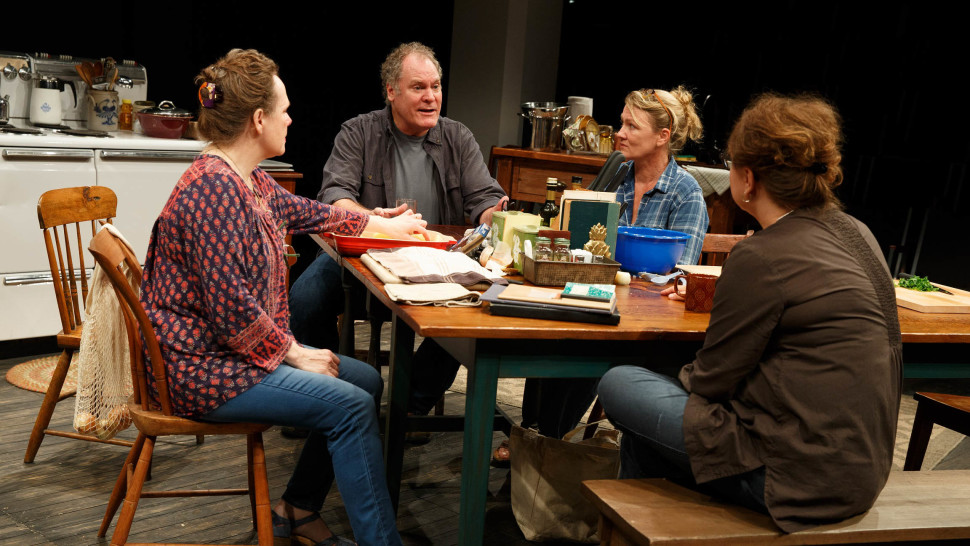 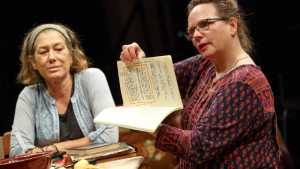 You either like or don’t like Richard Nelson’s trilogy plays. I have to admit, I do not. His plays are like watching paint dry, with no drama, no secrets, no nothing, as the Gabriel family make some kind of dinner. Like the Apple family plays, in What Did You Expect?, we are tracking the lives of a family living in upstate New York during a no win election year. As they state “What Did You Expect? “things get better,”” actually I keep hoping, for these plays to get better, to do something, say something and alas they do not. It takes every ounce of my being to stay awake and care. Even the actors don’t change. Granted Mary Gabriel (Maryann Plunkett), the widow of Thomas, a novelist and playwright who died the preceding year; Patricia (Roberta Maxwell), her elderly mother; her siblings George (Jay O. Sanders) and Joyce (Amy Warren); George’s wife Hannah (Lynn Hawley); and Thomas’ first wife Karin (Meg Gibson), are all extremely good actors, so natural, too natural.

Nothing dramatic occurs, no fights and even when they argue, it is done in laid back relax “inside” voices. In this episode Patricia must depend on her family to help her from eviction from her assisted-living home. She has a balance of $13,000 due. That should have at least lead to some kind of conflict, but the one we see is so nice, it’s gagging.

The dialogue must change on a regular bases because Hannah’s refers to Donald Trump’s on The Tonight Show, where Jimmy Fallon mussed up his hair. The best line in the whole show is the question if “Hillary is Human?”Of course they don’t answer it or even converse on the subject.

Today we learned that Edward Albee, passed away and in seeing this play made me miss him even more. If plays by Richard Nelson or Stephen Karam The Human’s were what was considered great American drama when I was growing up, I don’t think I would have fallen in love with theatre. Luckily, I got Miller, O’Neil and Albee.

What Did You Expect? The Public Theatre, 425 Lafayette St, until Oct. 9th.