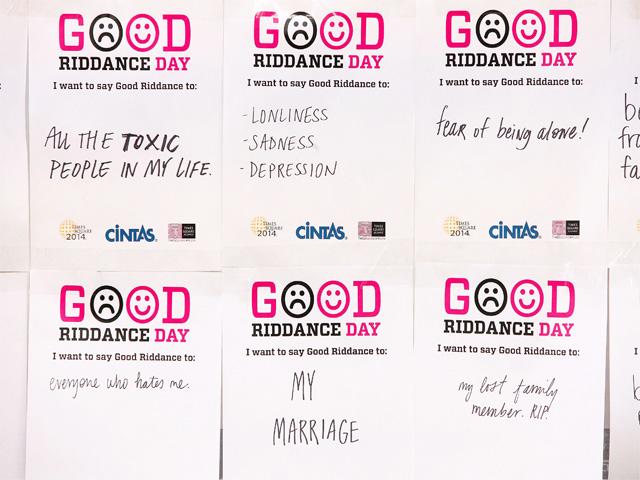 What Do You Want to Say Good Bye To?

What Do You Want to Say Good Bye To? 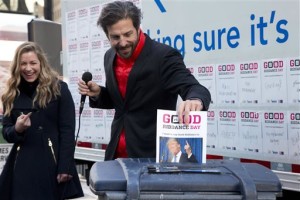 As workers built stages more than 100 Times Square visitors deposited bad memories in a portable shredder today to prepare for 2016. The ninth annual “Good Riddance Day” enabled people to symbolically toss away their worst fears, with the shredded paper to be used as confetti when ringing in the New Year. The event is aimed to get rid of negativity from the past year, as well as give the new year a fresh start.

Good Riddance Day also included a contest where the winner, Maureen Dexter of Wenatchee, Washington, became the first to shred her memory and kick off the event.

She shredded pictures of herself before she lost 75 pounds. 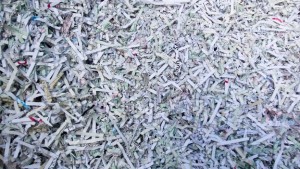 While some people got rid of documents, others smashed such items as a laptop and a pill bottle.

Additionally, people were encouraged to write wishes for the new year on confetti to be dropped over crowds at midnight.

Here at T2C we want to get rid of

The lies being told to us (must see the film The Big Short).

Refusing to see what is in front of our face.

Wars we have no right being in.

The breeding of hate. 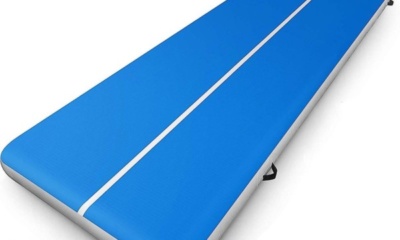 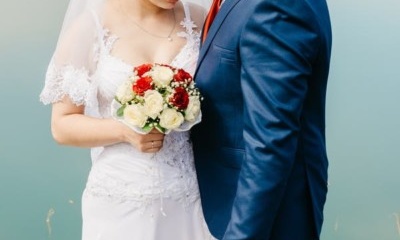 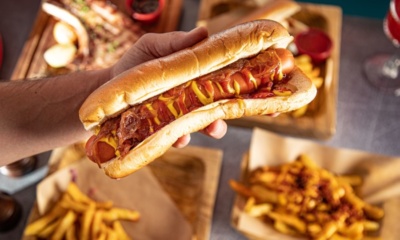 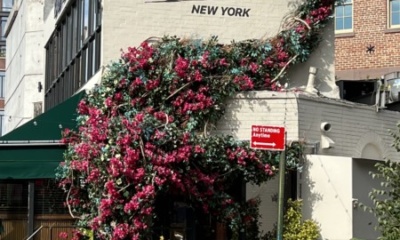