What Gives Anyone the Right To Kill A Child and Get Away With It With Diplomatic Immunity? 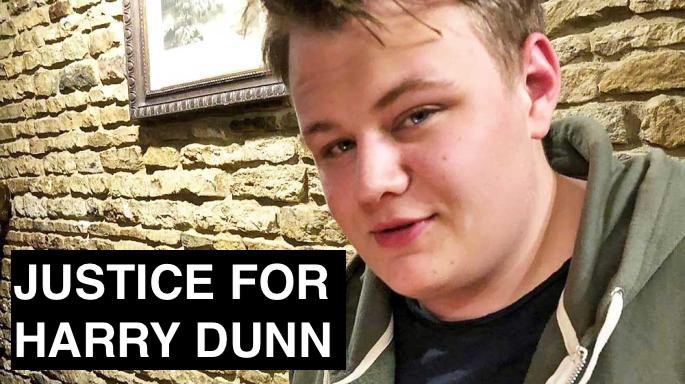 What Gives Anyone the Right To Kill A Child and Get Away With It With Diplomatic Immunity?

Anne Elizabeth Sacoolas struck head-on and killed 19-year-old Harry Dunn with her Volvo XC90 while driving the wrong way, near an Air Force base in the UK. Dunn was riding a Kawasaki motorcycle, she was on the wrong side of the road.

Instead of taking responsibility, she claimed diplomatic immunity and our country, has let her get away with it. The police went to her home at the Croughton base and told her Dunn died. Lawyers and U.S. Embassy officials stepped in and she was “encouraged to leave Britain” by someone on the American side. Ms. Sacoolas told the police, she had no plans to leave the country in the near future. She has since fled the country and is back in the US.

Her 12-year-old son was in the front seat at the time of the crash. What kind of lesson is this teaching your own child? She also has another boy. How would she feel if this happened to her son?

The American Embassy put out a statement; “We express our deepest sympathies and offer condolences to the family of the deceased in the tragic Aug. 27 traffic accident involving a vehicle driven by the spouse of a U.S. diplomat assigned to the United Kingdom. We can confirm the family has left the U.K.. Any questions regarding a waiver of immunity with regard to our diplomats and their family members overseas in a case like this receive careful attention at senior levels are considered carefully given the global impact such decisions carry; immunity is rarely waived.”

No financial help, no I’m sorry, no NOTHING!

Radd Seiger, a lawyer representing the Dunn family, stated that Sacoolas was a senior spy abased in the U.K. “He was working at Croughton, which is a communications base, so he was working with intelligence which is, I guess, why it has been handled in the way that it has”.

42-year-old Anne and her husband Jonathan Sacoolas, had been in the U.K. for three weeks.

As an American I am sickened by these turn of events. How dare she? How dare we? We should be disgusted by this woman’s actions and call for her to face the devastation she has wroth. Nobody deserves to get away with this kind of negligence.

Suzanna BowlingOctober 9, 2021
Read More
Scroll for more
Tap
My View: Direct From The Bar (Bemelmans) Loston Harris
My View: A Restaurant Review That Was Bound To Be Good