What Is Memorial Day?

What Is Memorial Day?

Originally called Decoration Day, from the early tradition of decorating graves with flowers, wreaths and flags, Memorial Day is a day for remembrance of those who have died in service to our country. It was first widely observed on May 30, 1868 to commemorate the sacrifices of Civil War soldiers, by proclamation of Gen. John A. Logan of the Grand Army of the Republic, an organization of former Union sailors and soldiers.

During that first national celebration, former Union Gen. and sitting Ohio Congressman James Garfield made a speech at Arlington National Cemetery, after which 5,000 participants helped to decorate the graves of the more than 20,000 Union and Confederate soldiers who were buried there.

“We do not know one promise these men made, one pledge they gave, one word they spoke; but we do know they summed up and perfected, by one supreme act, the highest virtues of men and citizens. For love of country they accepted death, and thus resolved all doubts, and made immortal their patriotism and their virtue.”

This event was inspired by local observances of the day that had taken place in several towns throughout America in the three years after the Civil War. In 1873, New York was the first state to designate Memorial Day as a legal holiday. By the late 1800s, many more cities and communities observed Memorial Day, and several states had declared it a legal holiday. After World War I, it became an occasion for honoring those who died in all of America’s wars and was then more widely established as a national holiday throughout the United States.

In 1971, Congress passed the Uniform Monday Holiday Act and established that Memorial Day was to be celebrated on the last Monday of May. Several southern states, however, officially celebrate an additional, separate day for honoring the Confederate war dead, sometimes referred to as a Confederate Memorial Day: January 19 in Texas; third Monday in Jan. in Arkansas; fourth Monday in Apr. in Alabama and Mississippi; April 26 in Florida and Georgia; May 10 in North and South Carolina; last Monday in May in Virginia; and June 3 in Louisiana and Tennessee.

Memorial Day is celebrated at Arlington National Cemetery each year with a ceremony in which a small American flag is placed on each grave. Traditionally, the President or Vice President lays a wreath at the Tomb of the Unknown Soldier. About 5,000 people attend the ceremony annually.

Throughout America’s history, hundreds of thousands of our fellow citizens have died bravely serving our country. The number of battle deaths speak to the sacrifices our soldiers and their families have made.

Fatalities from U.S. Wars and Conflicts 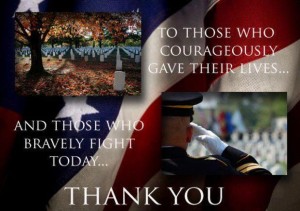 Every Memorial Day, families and communities across the nation take time to honor those who made the ultimate sacrifice in service to our nation. Americans observe this special holiday in many different ways. Review some of the most popular Memorial Day traditions below.

Displaying the Flag
On Memorial Day, the U.S. flag should be displayed at half-staff until noon. In the morning, the flag should be raised momentarily to the top and then lowered to half-staff. Americans can also honor prisoners of war and those missing in action by flying the POW/MIA flag.

Visiting Grave Sites
Memorial Day was originally known as Decoration Day because communities honored their war dead by decorating their graves with flowers. Many Americans make special flower arrangements and deliver them as a family to grave sites of their loved ones and ancestors.

Participating in the National Moment of Remembrance
In accordance with a congressional resolution passed in 2000, Americans pause wherever they are at 3:00 p.m. local time for a moment of silence to remember and honor the fallen.

Visiting Local Veterans’ Homes and Hospitals
Many living American veterans require long-term medical care or housing assistance, and they can often feel forgotten. The Memorial Day holiday is a great time to let them know that we appreciate their sacrifice and that of their families and their friends lost in battle.

Attending Memorial Day Parades
The Memorial Day parade is a time-honored tradition in cities and towns across America. Neighbors come together to remember with pride those who sacrificed so much for our country.

Experiencing the Nation’s Memorials
Memorial Day can also be an opportunity to visit or read about the national memorials in Washington, D.C., as well as local memorials around the country.

Brushing up on Family and American History
Memorial Day is a favorite time for Americans to read their family history, look at old photographs and learn about their ancestors, especially those who died in the service of their nation. It’s also an occasion for reading Lincoln’s Gettysburg Address and other historic and patriotic speeches by presidents and leaders of the armed services.

Wearing Memorial Day Poppies
The tradition of wearing red poppies on Memorial Day was inspired by the 1915 poem “In Flanders Fields” by John McCrea. War worker Moina Michael made a personal pledge to always wear red silk poppies as an emblem of “keeping the faith with all who died,” and began a tradition that was adopted in the United States, England, France, Australia and more than 50 other countries.

Suzanna BowlingJanuary 13, 2022
Read More
Scroll for more
Tap
Limation Our Favorite Summer Drink
What is Your Story About?