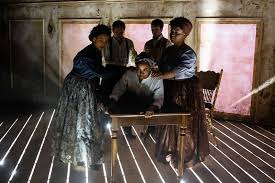 What Is The Price of Medical Breakthrough Behind the Sheet

What Is The Price of Medical Breakthrough Behind the Sheet 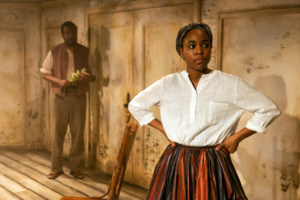 Charly Evon Simpson’s Behind the Sheet at the Ensemble Studio Theatre is inspired by the women whose names are barely known other than Anarcha, Lucy, and Betsey. Based on Dr. J. Marion Sims, an Alabama surgeon who carried out a series of experimental operations on black slave women between 1845 and 1849. It is easy to see why many would question Sims’s medical ethics. Sims bought who were technically unable to consent as they did not have the right due to the laws of the time to consent. These women were property and because of a condition known as fistulas, they became unable to bear children, had difficulty working and for the most part were cast off due to the smell and not being productive. 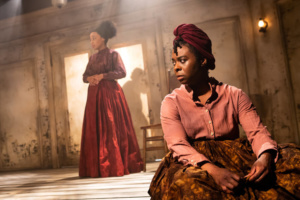 Vesico-vaginal fistulas were a relatively common condition in which a woman’s urine leaked into her vaginal cavity from her bladder, and many regarded the fistulas as untreatable. Sims developed the speculum and a vaginal examination position later named for him. Sims in his biography also stated that the women wanted the surgeries because they wanted to be cured.

Sims’s modern critics have taken into account the enormous suffering experienced by fistula victims. One young woman, a slave named Anarcha with a particularly difficult combination vesicovaginal and rectovaginal fistula, underwent 30 operations before Sims was able to close the holes in her bladder and rectum. These were done without anaesthesia, partly because it was not an option as Ether wasn’t discovered until 1846 and was incredibly dangerous. He did however give his patients opium after surgeries.

Playwright Charly Evon Simpson in Behind The Sheet has imagined the experiences of these women who have been lost to history. We meet Dr. George Barry (Joel Ripka (American Jornalero), as he is purchasing slaves who have developed painful fistulas during labor. Barry is desperate for a cure, but each new surgery brings frustration. The slaves long for a cure, but dread the pain of each new surgical experiment. During the course of the play we feel their suffering, friendships, loyalties, and rivalries that develop between these women. 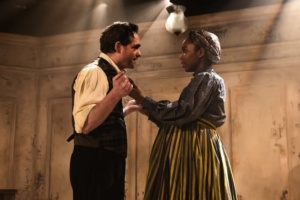 Naomi Lorrain (Orange is the New Black) stars as Philomena, a woman who has assisted the doctor—her owner—as he performs experimental surgeries on her fellow slave women. When she becomes pregnant with his child, she developed the worst case and becomes the real life Anarcha. When she is cured by the doctors surgery thanks to his wife’s (Megan Tasing) necklace she is put on display as property again.

Also in the cast are Nia Calloway (All One Forest) as Betty, Cristina Pitter (BALLS) as Sally, Amber Reauchean Williams (No King In Israel) as Mary, and Jehan O. Young (Think Before You Holla) as Dinah, the other slaves in the experiments.

Shawn Randall (Travisville) is the slave who cares for  Philomena and Stephen James Anthony (War Horse), as the doctors colleague.

The cast is exquisitely directed by Colette Robert, who takes us on their journey.

Ms. Simpsons work is powerful and this new work shines a light on the enslaved black women and a medical breakthrough that makes us question the costs of health. 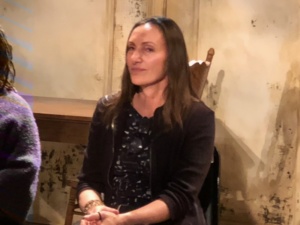 After the show there was a panel consisting of  playwright Charly Evon Simpson, two women who were experts on Black History and my friend Lauri Romanzi, who is the leading expert in the world on fistula’s. Dr. Romanzi added some facts that helped enlighten the audience. 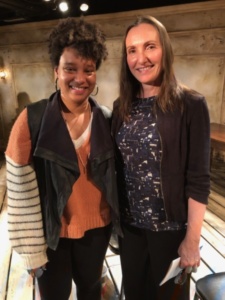