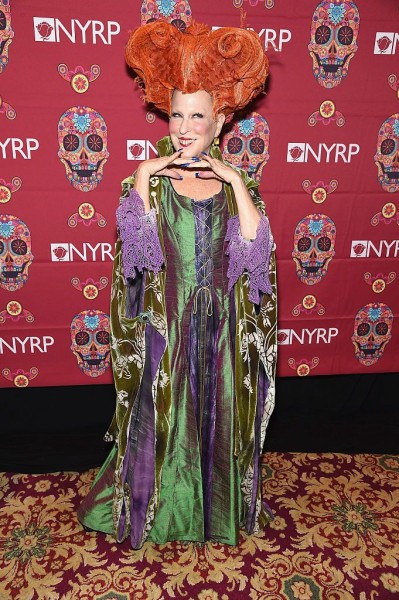 What to Do For a New York Halloween

What to Do For a New York Halloween 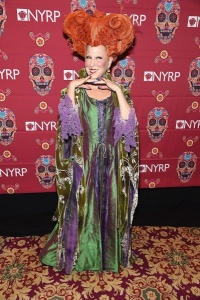 Bette Midler recreated her role from  the 1993 film Hocus Pocus  at the Waldorf Astoria. It was the perfect for the annual Hulaween bash Midler sponsors in support of the New York Restoration Project, an NYC-based environmental and green space organization. Midler is set to star in the 2017 revival of Hello, Dolly!, opposite David Hyde Pierce. 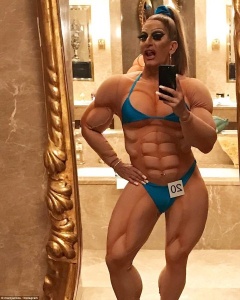 In attendance was Marc Jacob trying to out due Caitlyn Jenner. 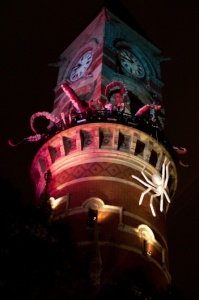 Basil Twist began his collaboration with the Village Halloween Parade in 1996 when he created a swarm of bats for the 26th Parade. In 1999 he created a giant spider for the event. Today, Twist keeps alive one of the original traditions of the Parade; puppets manipulated from homes and buildings along the Parade route for the delight of the participants. 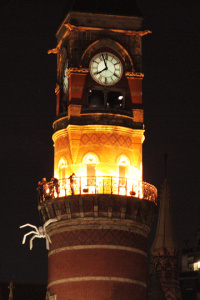 He manipulates his striking giant spider during the Parade from the dramatic Italianate Gothic Clock tower of the Jefferson Market Library. Twist originally walked the beloved arachnid, spanning ten feet, through the streets of the west village, up the 149 stairs of this New York landmark to it’s perch in the tower. This puppet is a visual treat for those participating in the Parade as well as those lined near the Library who can witness it’s annual appearance. 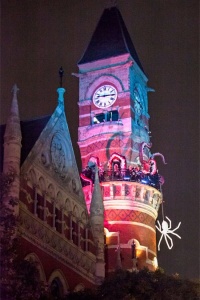 Whether you prefer parties or parades, you won’t have any trouble finding fun things to do on Halloween. If you’ve got kids, consider taking them to the American Museum of Natural History, which opens 30 of its halls for arts and crafts, trick-or-treating, and pumpkin carving. If you plan on enjoying Halloween NYC with a date, think about visiting Madame Tussauds Wax Museum, which offers a special guided tour with a spooky “Scream” exhibit. 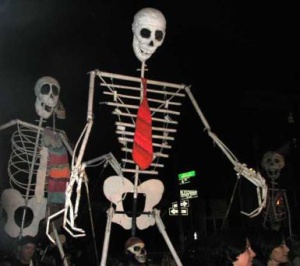 Put on a costume and head out to New York’s biggest free Halloween tradition. The 43rd annual Village Halloween Parade will be just as crazy as ever, featuring countless floats, wild costumes and (of course) lots of New Yorkers. To guarantee a spot at this popular event, plan to get there early. Even better: Walk in the parade yourself. (Route is Sixth Avenue between Spring Street and 16th Street, Manhattan, Oct. 31, 7 to 10:30 p.m. While your at it check out the fabulously decorated apartment buildings. 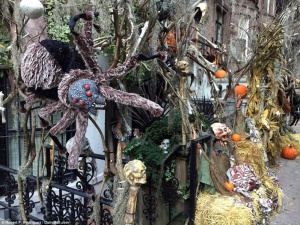 Since 1886, the people of New York City have entered the mysterious and hallowed walls of Webster Hall and commenced in a notorious display of exhibitionism, consumption and debauchery. By the turn of the century, Webster Hall was known to many as The Devil’s Playground. This Halloween, 131 years later, the Devil rises to dance amongst the people for one very special night. All 4 massive floors of Webster Hall transform into a twisted mausoleum filled with heart-pounding dance music. Sensual fire performances mesmerize the crowd as flying flesh-eaters soar high over their heads in the Grand Ballroom. 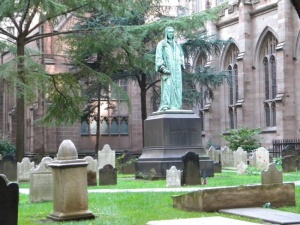 Wall Street Ghosts tours see the most haunted neighborhood in NYC for yourself!

Take watching a scary move in bed to the next level, with Casper and The Standard’s “Sleep-In Cinema” partnership. The mattress company will provide the seating in this unique theater experience. Watch a variety of Halloween-themed flicks, from “The Addams Family” to “Halloween” on a bed, complete with concessions and a choice of cocktails. (The Standard High Line, 848 Washington St., Manhattan, Oct. 28 to Oct. 31, $70 to $110, showtimes vary, sleepincinemahalloween.splashthat.com)

Head to the Merchant’s House Museum, where the Tredwell family that occupied it for nearly 100 years never left, for a spooky, 50-minute candlelight tour of this real haunted house. 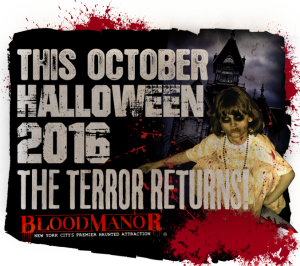 NYC Haunted House, may just be the perfect treat.  Blood Manor is at 163 Varick St and the cost is $35 unless you want VIP treatment then it will cost $50 per person, but make sure you get your tickets early.

What ever you do have a Happy Halloween From the T2C staff.