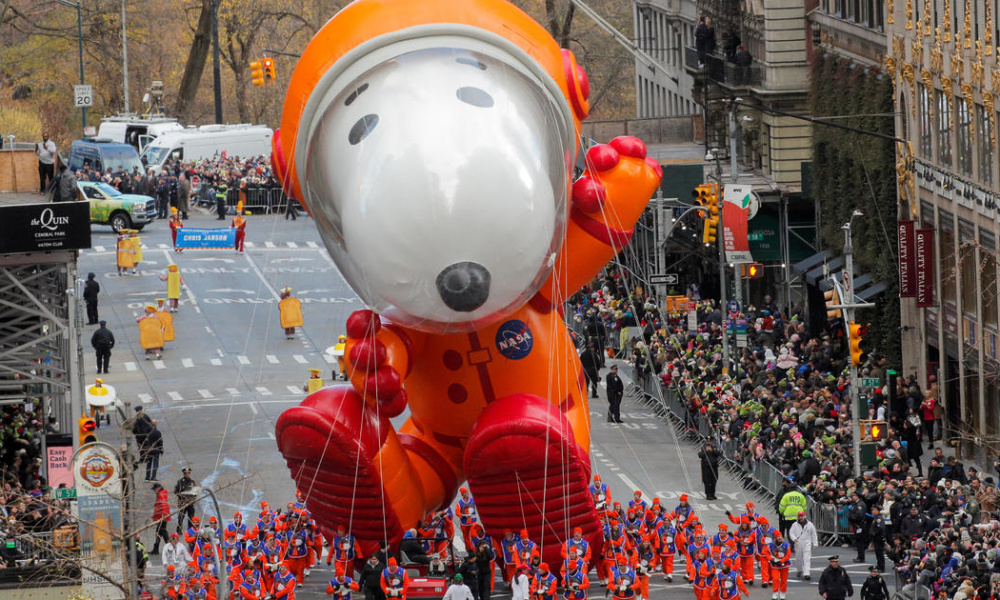 This year for the 94th Annual Macy’s Thanksgiving Day Parade on Thursday November 26, 2020, there will be two new character balloons.”The Boss Baby” by DreamWorks Animation and Universal Studios and “Red Titan from Ryan’s World” by Sunlight Entertainment and Pocket.

The new floats will be “Cruising Cupcakes” by Macy’s, “Her Future is Stem-Sational” by Olay, “Big Turkey Spectacular” by Jennie-O, “Christmas in Town Square” by Lifetime and “Tom & Jerry’s Tourist Trap” by Warner Bros. Pictures

Due to the ongoing 2019-20 coronavirus pandemic, the Macy’s Thanksgiving Day Parade will undergo several modifications in order to ensure safety for participants. Listed below are several changes that will be implemented for the 2020 Parade.

The giant balloon will include:

The Heritage Balloons include: