What To Look For This Summer On Broadway and Off 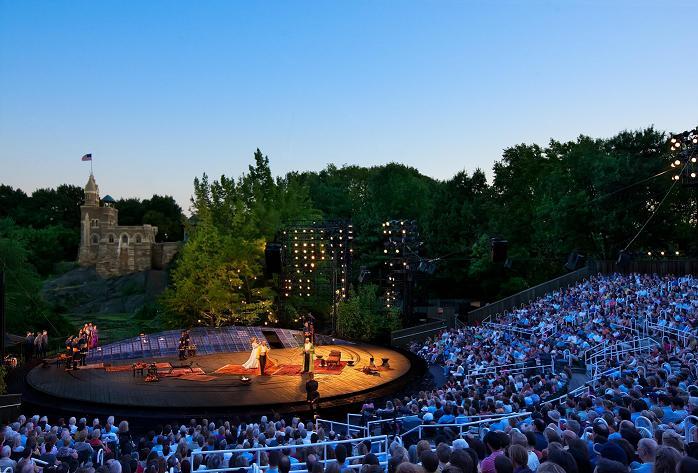 What To Look For This Summer On Broadway and Off

The Tony’s are over but summer is never dull when it come to theatre. Here’s what to look for.

Up first is 1984 based on George Orwell’s novel about a dystopian future where critical thought is suppressed under a totalitarian regime. Previously done in the U.K., this production stars Reed Birney, Olivia Wilde and Michael Potts. Opening night is set for June 22, at the Hudson Theatre.

Lili Taylor, Janeane Garafalo, Celia Weston and  Nedra McClyde make Marvin’s Room an interesting choice. Written by Scott McPherson, directed by Anne Kauffman, the Roundabout Theatre Company bring the Broadway premiere about two sisters, Bessie and Lee, who are reunited when one is diagnosed with leukemia. The play has been produced regionally and Off-Broadway, and was adapted as a 1997 film starring Meryl Streep. Previews started June 8th and the show opens June 29th at the American Airlines Theatre.

Look for Michael Moore to cross-examination of America’s political climate and take aim at the current administration in Terms of My Surrender. This one person show starts previews July 28th and opens August 10th at the Belasco Theatre.

Hal Prince once ruled Broadway and it looks like he will again with Prince of Broadway. With Chuck Cooper, Emily Skinner, Tony Yazbeck, Brandon Uranowitz, Michael Xavier and Karen Ziemba headlining and with songs by Stephen Sondheim, Kander & Ebb, Strouse & Adams, Bock & Harnick, Andrew Lloyd Webber, Jason Robert Brown, and many others this looks to be a knockout. Hal Prince and Susan Stroman co-direct this musical review which starts previews August 3rd and opens August 24th at the Samuel J. Friedman  Theatre.

In the New Mexico desert, a down-on-her-luck folk singer takes a job at a giant online retailer’s shipping center. Her young manager struggles to connect with his girlfriend newly relocated from New York. And a drifter living at a local campground dangerously links them all. Raw, surprising, and funny, this world premiere from the fast-rising author of Kill Floor is about four lonely lives coming together in the search for fulfillment. Manhattan Theatre Club’s Fulfillment Center stars Eboni Booth, Bobby Moreno, Deirdre O’Connell, Frederick Weller, directed by Daniel Aukin. Opening June 20 at New York City Center (Studio at Stage II).

Larry Bull, Lynn Cohen, Angelina Fiordellisi, Jean Lichty, George Morfogen, Ron Piretti, PJ Sosko, Jill Tanner, Korinne Tetlow, and Tony Award winner Karen Ziemba star in  The Traveling Lady at the Cherry Lane Theatre. Penned by the beloved playwright and master storyteller Horton Foote, The Traveling Lady is the unforgettable tale of an intrepid woman who journeys to a small town in 1950’s Texas to reunite with her husband upon his release from prison. A poignant story of loss and redemption, The Traveling Lady looks into the heart and soul of America. Opening night is June 22nd.

In 1960, Brooklyn, the women of the Muscolino family are desperate to find a life beyond their four walls, hiding dreams, loves, and longings. Francesca, the youngest, yearns for her true love; Tina, confidence and friendship; and Vita, the chance to live the kind of life she pleases. Their mother Luda nurses her own quiet pains. Yet, in the quest for happiness, each of these women fight to find their voices. They struggle to hold on to them, and to each other. Napoli, Brooklyn is a poetic and beautiful play about sisterhood, freedom, and forgiveness. Meghan Kennedy penned the script, Gordon Edelstein, directs and Shirine Babb, Alyssa Bresnahan, Juliet Brett, Jordyn DiNatale, Lilli Kay, Elise Kibler, Erik Lochtefeld and Michael Rispoli star. The show opens at the Roundabout/Laura Pels Theatre, June 27th .

Bee can click through different moments of her life with the touch of a remote control. Past, present and future collide in this mathematical farce that questions whether we can make peace with those things we don’t have the power to change. A Parallelogram stars uan Castano, Anita Gillette, Celia Keenan-Bolger, and Stephen Kunken under the direction of Michael Greif. Look for playwright Bruce Norris to draw a crows to Second Stage Theatre starting  July 11th with an opening August 2.

Dominique Morisseau Pipeline tells the story of Nya Joseph is a dedicated, inner-city public high school teacher who is committed to her students’ achievement, while she sends her only son, Omari, to a private boarding school. When Omari is involved in a controversial incident which threatens him with expulsion from his school, Nya is forced to reconcile Omari’s rage and her own parental decisions, as she rallies to save her son. Karen Pittman, Namir Smallwood, Tasha Lawrence, Morocco Omari, Jaime Lincoln Smith, and Heather Velazquez star as Lileana Blain-Cruz directs. First Preview is June 15, with an opening July 20, at LCT3/Mitzi E. Newhouse Theater.

Kirsten Childs’ delightful, provocative, and incredibly moving 2000 musical is about a young African-American dancer who finds her way from West Coast suburbia to Broadway, all while navigating the politics of race and gender in an attempt to uncover her own identity. With a deceptively fun and catchy score and a wickedly satirical take on the lives of Broadway dancers, The Bubbly Black Girl Sheds Her Chameleon Skin deserves to be seen again. Starring Nikki M. James July 26 – 27th at City Center’s Encores.

Tony Award® Nominee Nancy Opel (Urinetown) returns to the New York stage in Curvy Widow. Based on a true story, this sassy and witty musical follows the daily exploits of a feisty fifty-something whose adventures inspire laughter and, in the least expected places — reveal truths about life, love, and sex. From surviving hilarious first dates, to her intimate rendezvous, this widow navigates her way through it all with humor and perseverance. Featuring a brilliant cast of best friends, a dead husband, and a myriad of potential suitors — Curvy learns the hard way what it means to start life over in the modern age. At Westside Theatre (Upstairs) starting July 20th and opening August 3rd.

Suzan-Lori Parks remixes The Scarlet Letter, Nathaniel Hawthorne’s seminal masterpiece, The Red Letter Plays: In The Blood and F*&king A tear open notions of gender and hypocrisy with poetic honesty and exhilarating wit. In the Blood’s Hester La Negrita is a penniless mother of five condemned by the very men who loved her. F*&king A’s Hester Smith is an abortionist, forced to ply her trade to save her own son. Performed together for the first time, with a shared cast and director, the two plays form a thrilling and powerful indictment of American society. Jo Bonney directs at the Pershing Square Signature Center with opening date to be announced.

In Simon Stephens’ stunning play, something is about to happen that will change one family forever. Set over the course of nine months, On the Shore of the Wide World is a play about love, family, Roy Keane and the size of the galaxy. Atlantic Theatre Company welcomes back Simon Stephens (Harper Regan, Bluebird) with the New York debut of his Olivier Award-winning play starting August 23.