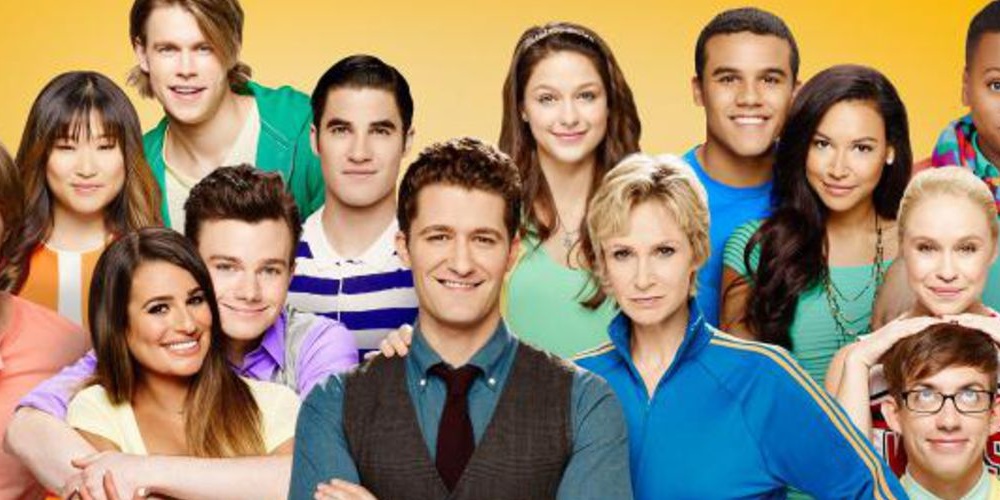 It’s back! The November 2019 Celebrating 25 Magical Years of Disney on Broadway concert, which was scheduled to be streamed April 13 but canceled due to issues with the American Federation of Musicians union, will now be streamed April 17 at 7 PM ET. The event’s musicians and orchestra contractor launched a petition expressing their intent to waive additional fees for the charity stream, and the union subsequently reversed its decision. The evening raises money for Broadway Cares/Equity Fights AIDS’ COVID-19 Emergency Assistance Fund.

2pm: Stars in the House: Sean Hayes Seth Rudetsky and his husband, producer James Wesley, talk with Dr. Jon LaPook, the chief medical correspondent for CBS News and Will and Grace’s Sean Hayes, who starred opposite Kristin Chenoweth in the 2010 revival of Promises, Promises and returned to Broadway in 2016 in An Act of God. And at 8pm 8pm: Stars in the House: Glee reunion, including Darren Criss, Matthew Morrison, Jane Lynch, Jenna Ushkowitz, Chris Colfer, Amber Riley and Kevin McHale.

2pm: Stars in the House: Sean Hayes Seth Rudetsky and his husband, producer James Wesley, talk with Dr. Jon LaPook, the chief medical correspondent for CBS News and Will and Grace’s Sean Hayes, who starred opposite Kristin Chenoweth in the 2010 revival of Promises, Promises and returned to Broadway in 2016 in An Act of God. And at 8pm 8pm: Stars in the House: Glee reunion, including Darren Criss, Matthew Morrison, Jane Lynch, Jenna Ushkowitz, Chris Colfer, Amber Riley and Kevin McHale.

3pm: Live with Carnegie Hall: Tituss Burgess from Broadway’s The Little Mermaid and Guys and Dolls to the Unbreakable Kimmy Schmidt, Tituss Burgess Comes to Carnegie Hall to the concert venue’s new online series. Burgess will answer questions via social media, interview a handful of guests including Jason Robert Brown and soprano Angel Blue (Bess in the Met’s Porgy & Bess) as well as getting interviewed by NY1’s Frank DiLella.

3pm: actor Zachary Quinto and Andrew Berman, head of Village Preservation, will discuss the role of epidemics in Manhattan in an online event. In addition to the coronavirus, they’ll focus on the AIDS epidemic and Quinto will read a passage from Here Is New York by E.B. White. This community conversation is part of the Virtual Salon Series from Rattlestick Playwrights Theater.
Reservations are required and can be made at the following link: https://www.rattlestick.org/20192020-season/2020/4/14/virtual-salon-on-the-role-of-epidemics

4pm: NYWIF: Agents, Hollywood producers and publishers are always searching for the next great story, but not all writers start from scratch. Oftentimes, ideas come from the things we see, read, write and hear. The challenge for many is how to transition these materials from their original form of a book, article, and story into a full-fledged viable screenplay and adaptation material for another medium.

Savvy industry professionals love to leverage their time and efforts by capitalizing on a story that can be adapted into many forms. Learn from this experienced panel about ways to locate common sources for your story or script and the power and pitfalls of working with adaptations for your project.

Maria C. Miles, Esq.,(Entertainment Attorney) is the founding partner of an entertainment law firm with offices in New York and on the Board of NYWIFT. Ms. Miles’ practice focuses on all areas of entertainment law including, film, music, publishing, fashion and new media. Most recently, Maria served as general counsel for a multimedia start-up overseeing a diverse range of matters including technology licensing and intellectual property (trademarks, copyrights and patents) both in the US and abroad. Prior to her role as in-house counsel, Maria was counsel to award-winning actors, writers, producers, television hosts, multi-platinum recording artists, and corporations in the fashion industry related to their entertainment matters.

Jenevieve Brewer (Talent Agent) has been in the business 20 years. In March 2015, Jenevieve opened her own management company Jenevieve Brewer Talent Management. She works with a select pool of children and adult clients. Currently she has a series regular on The L-Word for Showtime. Her clients have booked guest star roles for numerous episodics such asGod Friended Me, Blue Bloods, Billions, Power, Chicago P.D. andFBI. She has clients recurring in Wu Tang, High Fidelity, Orange is The New Black, The Deuce, Good Girls, Future Man and Strange Angel. Her clients have booked supporting and lead roles in the feature films such asSouthpaw, The Irishman, Adam, and Late Night. Clients will be appearing on Broadway in The Rose Tattoo and have appeared on Broadway in Fish In The Dark and Big Fish. Her clients currently appear in national and regional on camera and voiceover spots for Verizon, Coke, Swiffer, PNC Bank, Merrill Lynch and Nike.

Mark DeGasperi (Scout) is Executive Director of Media Development International, a writer’s management and services company (www.mdinternational.us). He has been a freelance script doctor, writer, lecturer and professional story analyst in New York for fifteen years — reading screenplays, stage plays and books for film and TV adaptation. Most recently, he has worked for Paramount Pictures, Sony Pictures Entertainment, Robert DeNiro’s Tribeca Productions and Odyssey Networks. Previously, he has covered and scouted movie material in New York for Miramax Films, Universal Pictures, New Line Cinema, the William Morris Agency (WME), International Creative Management, Jonathan Demme’s Clinica Estetico, Stanley Jaffe’s Jaffilms, Imagine Films and the former Polygram Films; plus, covering novels for literary agency McIntosh & Otis and agent Bill Contardi of Brandt & Hochman. He teaches Screenwriting III (Advanced) at NYU/SPS, and a Pitching Your Script seminar. He has taught the Master Class in Screenwriting, the thesis class for senior undergraduates, at the School of Visual Arts in New York. He has lectured at Baruch College, the New York Institute of Technology, the Hudson Valley Writers Center and Learning Annex. He is the author of the novel The Lazarus Experimentfrom Double Dragon Publishing, July 2014. He is the Associate Producer of the 2015 documentary Yamuna: Rescuing the Stolen River.

Nina Sadowsky (Producer) is an author, filmmaker and educator. She has written numerous screenplays and produced such films as The Wedding Planner. Her debut thriller, Just Fall, was published in 2016 and her Burial Society series launched in 2018 with the second book in the series,The Empty Bed, published on January 28, 2020. The Burial Society series is in development for television. She is also the author ofConvince Me to be published August 4, 2020. In addition to her role as Program Director of NYU Los Angeles, a “semester abroad” program for advanced students considering careers in the entertainment and media industries. Sadowsky also serves as the Director of Educational Outreach for the Humanitas Prize, is on the Leadership Council of Creative Future, and is a founding member of the Woolfpack, an organization of women showrunners, writers and producers committed to community and mentorship.

Lane Shefter Bishop(Producer/Director) is a multi-award-winning producer/director who has received numerous accolades for her work including an  Emmy, six Telly Awards, a Videographer Award, three Communicator Awards, a Sherril C. Corwin Award, an Aurora Award, a Davey Award, a New York Festivals Award and the DGA Fellowship Award for Episodic Television. Currently Ms. Bishop is the CEO of Vast Entertainment, the go to book-to-screen company, with numerous projects, both completed and in active development, including: Producing Feature Films, The Duff for CBS Films & Lionsgate and Assassination Games for MPCA – both based on books. Producing TV Series, The Brain Trust for NBC, Confessions of a Sociopath for Universal Cable Productions, and The Forgetting for Netflix – all based on books. Producing the Limited Series, The Dark Descent of Elizabeth Frankenstein for Sony Pictures Television – also based on a book. Writing, producing and directing numerous TV Movies for Lifetime including His Secret Marriage, He Knows Your Every Move, Wicked Moms Club, Blood Sweat and Lies and The Choking Game. And directing the streaming movie A Brother’s Honor for Passionflix, based on NY Times bestselling author Brenda Jackson’s popular novel. Additionally, Ms. Bishop is also a contributing writer to both Boss Magazine and Entrepreneur Magazine, is a 3-time speaker at the WGA and numerous writers’ conferences and is author of Sell Your Story in a Single Sentence: Advice from the Front Lines of Hollywood, published by  W.W. Norton & Company (2016).

Jill Michelle Williams (Producer) has been producing for 18+ years as well as has 15+ years of writing experience. She is also a content creator overseeing the development process on multiple projects in the digital, branded, and corporate space. Previous to this position she worked as a seasoned television executive producer and writer working in New York City after a 12-year stint in Los Angeles. After graduating with a degree in Broadcast Journalism she made the leap from local news to network prime time and to date, has produced over 185 hours of television for NBC, ABC, Bravo, MTV, VH1, OWN, Lifetime, and Oxygen to name a few. From NBC’s The Biggest Loser, to the fashion sensation Project Runway All Stars on Lifetime wrangling the likes of Pharrell and Diane von Furstenberg, her range knows no boundaries and she is constantly looking to elevate whatever project she touches.

Jennifer S. Wilkov (Moderator) is a #1 international best-selling award-winning author, an award-winning freelance writer, and a respected book and business consultant in her business called “Your Book Is Your Hook.” She supports first-time writers and seasoned authors teaching the essentials to writing a bestseller: a great project, a strong platform and a well-polished pitch, presentation and hook for their book or project. She has taught classes and produced programs for the School of Visual Arts; Writers Guild of America, East; NYWIFT; The Writers Store; and Writers Digest. She has spoken at myriad conferences and events for writers of books, screenplays and scripts for film, television and episodic streaming projects. Jennifer is also the creator of The Next Bestseller™ Weekend Workshop in New York, a safe space that provides writers with exclusive access to the dream team to help you learn to talk effectively with industry professionals about your project. She writes for Huffington Post Books and the award-winning PUBLISHED! Magazine.

4pm: CyberTank The Tank, incubators of emerging talent, multidisciplinary variety show and discussion group, in which artists are welcome to participate remotely.

6pm: The 24 Hour Plays: Viral Monologues 20 writers create monologues or two-handers for 24 actors, who record them and send them in for online broadcast. A new piece goes live every 15 minutes from 6pm – midnight and remain viewable afterward. Participants in today’s edition are revealed at 11am.

7:30pm: The Metropolitan Opera: Boris Godunov The Met continues  with a 2010 performance of Modest Mussorgsky’s only finished opera, Boris Godunov, the story of a hard-working Russian regent at the turn of the 17th century who goes out a courtier and comes back a tsar. René Pape sings the title role, with Valery Gergiev at the baton.

Stephen SorokoffAugust 4, 2022
Read More
Scroll for more
Tap
Calling All Artists The Shed Is Having an Open Call
Meet The Former and Present Residents of Manhattan Plaza: Peter Wise