What To Watch April 16th To Take Away The Blues 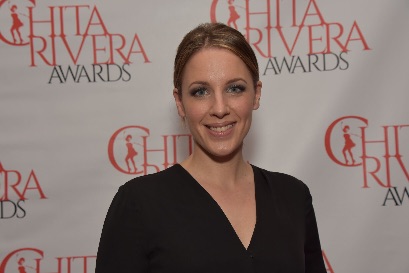 What To Watch April 16th To Take Away The Blues

On Seth Rudetsky fabulous series Stars in the House the show that has two performances everyday. At 2pm: Variety Thursday! and 8pm ET: Jessie Mueller

7pm: Paper Mill Playhouse Vault: The Creators of Applause The Creators of Applause on the set in 1996 – hosted by Mark Waldrop. Featuring Betty Comden, Adolph Green, Charles Strouse and Lee Adams talk about their collaboration and their careers. Highlights from their shows are performed by Janet Aldrich, Belle Calloway, Darell Carey, Judy McLane, Bruce Moore, and Bill Ullman.

7:30pm: The Metropolitan Opera: Rossini’s Le Comte Ory Rossini’s French farce is seldom heard—it premiered at the Met in 2011 and was last revived two years later—but remains one of the composer’s most fascinating works. Set during the Crusades in 13th-century Touraine, the opera chronicles a caddish count who cross-dresses as a nun (along with the rest of his footmen, no less) in order to hide in a convent and snag his love-interest, a virtuous countess named Adèle. Hilarity ensues, as do several of the composer’s most piquant and cleverly orchestrated musical moments—including a powerful gender-bending trio featuring a man dressed as a woman, a woman dressed as a man, and a noblewoman masquerading as an abbess.

Ryan Seacrest hosts this television spectacular, featuring a vocal warm up by Kristin Chenoweth, a special introduction by Elle Fanning, and performances throughout the evening will include the following:

“A Dream Is A Wish Your Heart Makes” – Demi Lovato and Michael Bublé
“A Spoonful of Sugar” – Little Big Town
“Be Our Guest” – Derek Hough and Hayley Erbert, with a special appearance by Julianne Hough
“Can You Feel the Love Tonight” – Christina Aguilera
“Colors of the Wind” – Tori Kelly
“Do You Want to Build a Snowman” – Thomas Rhett
“Friend Like Me” – James Monroe Iglehart with Broadway Company of Aladdin
“Gaston” – Josh Gad, Luke Evans and Alan Menken
“How Far I’ll Go” – Auliʻi Cravalho
“I Won’t Say I’m In Love” – Ariana Grande
“I Wan’na Be Like You” – Darren Criss
“I’ll Make A Man Out Of You” – Donny Osmond
“It’s a Small World” – John Stamos
“Let It Go” – Amber Riley
“The Bare Necessities” – Erin Andrews, Bobby Bones, Carrie Ann Inaba and Marcus Scribner
“Under The Sea” – Jordan Fisher
“You’ve Got a Friend In Me” – Josh Groban