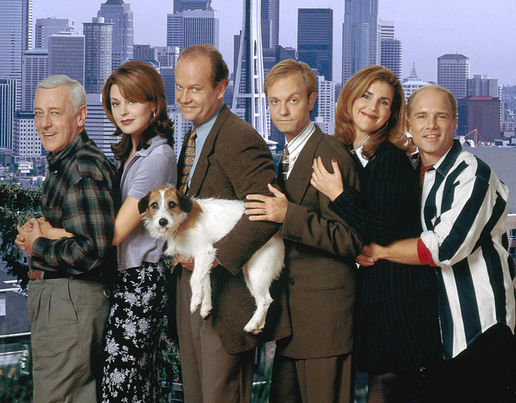 The program debuts this Wednesday, April 1st at 2:00 PM PDT / 5:00 PM EDT on The Actors Fund YouTube channel here and will feature virtual interviews with celebrities in their natural habitats—be it their bedrooms, kitchens, garages or closets. They’ll share advice on how to get through this unprecedented time with humor, kindness—and your sanity intact.

Produced by The Actors Fund, the innovative, genre-busting series will raise money for emergency financial assistance and other services for entertainment and performing arts professionals who have been impacted by COVID-19. The show will live-stream weekly until film, tv and theater productions are back up and running.

“Humpday with Hampshire” will also feature quarantine-themed games including “Show Us Your Junk (Drawer)”, “What is your quarROUTINE”, and “Phone a Friend Roulette.”

Upcoming celebrity guests will include some of Emily’s famous friends and co-stars from TV, film, sports and social media.

All proceeds from viewer donations will go directly to The Actors Fund, the national human services organization that fosters stability and resiliency and serves as a safety net to everyone in performing arts and entertainment.

“I couldn’t ask for a better creative distraction than hosting a show that not only helps raise money for an important cause, but also lets me connect with a dream team roster of guests without having to leave my apartment or even put on pants!” says Hampshire. “There’s such an insane amount of stress in the world right now, and if we can do something a little fun for all the stir-crazy people out there and help the industry, that means everything to me.”

Hampshire can currently be seen starring as “Stevie Budd” in the sixth and final season of the Emmy nominated series ”Schitt’s Creek.” She will next star opposite Adrien Brody in “Chapelwaite,” Epix’s drama series based on Stephen King’s short story Jerusalem’s Lot. Hampshire also recently wrapped production on the thriller feature Home, which she also executive produced and will be seen next month in “50 States of Fright” series produced by Sam Raimi for Quibi. She is repped by Atlas Artists, Paradigm, Creative Drive Artists, K. L. Benzakein Talent, Felker Toczek Suddleson Abramson and Jazo PR.

The Actors Fund is a national human services organization that fosters stability and resiliency, and provides a safety net for performing arts and entertainment professionals over their lifespan. Through offices in New York, Los Angeles and Chicago, The Fund serves everyone in film, theater, television, music, opera, radio and dance with programs including social services and emergency financial assistance, health care and insurance counseling, housing, and secondary employment and training services.

On Tuesdays, Composer/Producer Neil Berg and collaborator DJ Salisbury will be releasing free downloads from the Original Concept Cast Recording of The Man Who Would Be King, featuring Brian d’Arcy James and Marc Kudisch performing.

Based on the Rudyard Kipling novel, which was also an Academy Award nominated film starring Sean Connery and Michael Caine. They are hoping for a future production in 2021/22.

Visit tinyurl.com/uptheredownload to hear the song in your browser or to download the track to play anywhere.

The fully orchestrated concept album is orchestrated by Tony Award Winner Larry Hochman (Spamalot, The Addams Family) and conducted/music directed by Wendy Bobbitt Cavett (conductor for Broadway’s Come From Away) and is available in full on iTunes and CDbaby.com.

In honor of Women’s History Month, the Bob Marley: Legacy mini-documentary series continues with episode two: ‘Women Rising’ The moving and empowering short premiered today on Bob Marley’s official YouTube channel and features interviews with Rita Marley, also known as Bob Marley’s wife and the matriarch of the Marley Family, whose strength and character is an inspiration for people around the world. Rita was an integral part of the Wailers musical development, as well as a constant presence and influence in Bob Marley’s life, guardian of his legacy, and a member of the Iconic Reggae Group I-Threes.  Mrs. Marley is also the founder of the Rita Marley Foundation, which works to eradicate poverty and hunger while empowering communities in Ghana and Jamaica. Her life’s work epitomizes integrity and grace.

The documentary follows the EP release of Keep On Moving, which features an extended and radio mix and an exclusive mix from Sly & Robbie. Listen to Keep On Moving EP HERE.

Based on the success of last week’s launch of its new series of free live streamed theatrical performances, Show Shepherd, a theatrical consulting group that works with writers, independent producers, and theater companies to develop new work, continues The At-Home Theater Series with additional performances this Thursday, April 2 and Friday, April 3.

In 2019, Show Shepherd launched its Digital Services for promoting new stage works and with the The At-Home Theater Series, it expands its online presence to include livestreamed performances.

“For 10 years Show Shepherd has worked directly with writers and other industry pros to strategically advance their projects in creative and exciting ways, most recently through Digital Services designed to help them reach decision makers in the field and audiences through online video content. So we’re very proud to take the next step and present these exciting artists and their beautiful, very personal work as part of The At-Home Theater Series during this time when closures and social distancing have focused us even more online,” said Matt Schicker, founder and president of Show Shepherd.

These solo performances, developed for a theatrical setting, will be performed by the artists in their own homes for the first time. All of the shows will be completely free, and filmed LIVE. For the full lineup and schedule of show and links to each livestream, please go to ShowShepherd.com/Live.

Current artists set to perform in the The At-Home Theater Series are:

Actress and playwright Jessica Sherr powerfully channels Bette Davis’ fight against the male-dominated studio system. On the night of the 1939 Oscars, Bette Davis returns home knowing she’s to lose Best Actress to Vivien Leigh’s Scarlett O’Hara, because the press has leaked the winners. Miss Davis takes us on the bumpy ride of her tumultuous rise, as the tenacious actress fights her way through the studio system to the top. Witness Bette triumph over misogyny to win roles and compensation on par with her male counterparts. See what happens when someone who always wins…loses.

It’s time to relax, sit the appropriate distance apart from each other, wash our hands, and dig some new musical theater pieces with Ben Clark, composer/lyricist of the musicals The Circus in Winter, Skin & Bones, andBruno and the Gospel of Infinity (and leader of the rock outfit Ben Clark and the Long Shadows) and special guest.

Vivian Nesbitt – The Bark & The Tree

Alcoholism. Depression. Suicide. Not the family footsteps Vivian wanted to follow so when they threatened to be the ones she was destined for, she took action. Setting sail for Ireland in search of a different legacy Vivian traces her lineage back five generations, to find one filled with poetry, song, and loyalty. The past, the present and the “Born & Breds” collide as the play bends time and space until Vivian divines a future and a truth all her own. Discovery and surrender, juxtaposed with the comedy of human nature fill the play with pathos, humor and adventure.

Led by Matt Schicker and Blair Russell, Show Shepherd has advanced more than 40 new musicals and plays, working with writers, producers, and theater companies to strategically develop their work. The company was launched in 2011 in response to the growing need for writers and producers to get advice as they navigate this often complex industry. Show Shepherd team members have non-profit and commercial producing experience, which is shared with clients through services that are practical, valuable, personal, and educational at every step. Show Shepherd provides Digital Services, dramaturgy, submissions strategy, collaborator matchmaking, scouting, and more. www.showshepherd.com

Conceived & Directed by Potri Ranka Manis Pananadem means “remembering” in the language of the Meranao people.  It is a way of looking back across time, to gain inspiration and perspective from one’s ancestors. In this tale, old and new align as a young group of refugees whose quest for inspiration leads them to a transformative encounter with displaced tradition-bearers who recall the legends of Derangen, the Meranao epic.