For Earth Day and a profoundly heightened sense of how vulnerable we and the planet really are, it seems especially meaningful to be marking the 50th anniversary of Earth Day. To celebrate this milestone, we’re sharing stories that highlight the inspiring ways that artists of all disciplines have made the planet, along with its resources and inhabitants, a focus of their work. Stream documentary films that focus on our connection to the natural world, learn how architects are turning everyday waste into material for 3-D printing—and putting their creations to environmentally responsive uses—and explore designs that put our shared “home” first.

Our shout-out this week goes to the National Park Service’s Soundscapes, where you can escape into sites like the Rocky Mountains through field recordings.

9am: With the 50th Anniversary of Earth Day (April 22) fast approaching, now more than ever we need to connect as a global community united in our fight to protect the health and welfare of the planet and its people.

In support of this global movement, illustrious and preeminent religious leaders, environmental advocates, celebrities, musicians and government officials will be celebrating Earth Day with a variety of first-person video pieces demonstrating their commitment to our planet.

These messages, talks, teach-ins and performances will be part of Earth Day Network’s robust 15-hour (9am ET to 11pm ET) live digital event on the homepage for the planet, earthday.org, as well as part of a comprehensive social media partnership with Twitter (#EarthDay2020), and as part of Earth Day Live.

“This unprecedented time has stopped us all in our tracks,” said Kathleen Rogers, President of Earth Day Network. “As each of us ensures that those around us are safe and well, it is in a momentous opportunity to examine our individual and collective relationship with the natural world and how our activities impact the planet. The way forward is hopeful, and we have an opportunity to forever change how we interact with the environment in our own backyard and our community at large.”

Earth Day 2020 is comprised of a multi-faceted program intended to activate individuals to support their planet in a safe and responsible way during the coronavirus pandemic. Titled “24 Hours of Action,” Earth Day Network will reveal an action an hour that individuals can do to support our planet. Earth Day 2020 also includes a 15-hour digital Earth Day Live program on earthday.org, featuring long-form and short-form content with interactive programming, live appearances by religious leaders, celebrities, musicians, as well as live teach-ins with preeminent scientists and advocates.

In addition, individuals can participate in Earth Challenge 2020, a global citizen science initiative that will help build an open source database on air quality and plastic pollution using an app on your smartphone from the safety of your home.

2pm: The Show Must Go On: Titus Andronicus

6:30pm: #54BelowatHome: I Wish: The Roles That Could Have Been Everyone has dreams that we fear will pass us by. For actors those come in the shape and form of roles—everyone has a song in their heart that they’ll likely never get to sing with a crowd and in lights. Until tonight. Featuring Zach Adkins (Anastasia), Nicholas Barasch (She Loves Me), Etai Benson (The Band’s Visit, Wicked), Ann Harada (Avenue Q, Cinderella), Jawan M. Jackson (Ain’t Too Proud), Taylor Iman Jones (Head Over Heels, Groundhog Day), Kara Lindsay (Wicked, Beautiful), Samantha Massell (Fiddler on the Roof), Manu Narayan (My Fair Lady, Merrily We Roll Along), Jelani Remy (Ain’t Too Proud, The Lion King), Alexandra Silber (Master Class, Fiddler on The Roof), Alexandra Socha (Head Over Heels, Spring Awakening), Emerson Steele (Violet), and Jason SweetTooth Williams (Be More Chill, Freaky Friday). Hosted and Conceived by Alexandra Silber, musical direction by Ben Caplan, and produced by Jen Sandler.  Click to view.

6pm: Neil LaBute’s Ten X Ten Straight from the St. Louis Actors’ Studio a series of filmed monologues by Neil LaBute (In the Company of Men), performed in real time. Maggie Grace (Taken; Taken 2), Fred Weller (In Plain Sight, The Good Wife) Star in Woman 30’s, Man 30’s. Grace’s character is a woman talking about a friend who was killed in a car accident while texting her boyfriend. Weller’s character is a man who relays the story of an encounter he had with a woman sitting next to him on a flight. here.

This star-studded cast of performers will come together for a one-night-only broadcast April 22, with the goal of raising money for the New Jersey Pandemic Relief Fund. Springsteen stated: “New Jersey has been hit especially hard by the coronavirus pandemic. And the people of New Jersey have always stepped up during difficult times.”

7pm: HERE@Home: Wooden is a dance about time and nature’s geometry. This evening-length quartet occupies different environments installed in one performance space. Follow the dance through a lush, growing lawn and a dry, desiccated landscape of hanging trees. Wooden is filled with mathematical precision, velocity, and liquid improvisation.⁠

7:30pm: The Metropolitan Opera: Les Contes d’Hoffmann
A triptych of operatic vignettes based on the stories of E. T. A. Hoffmann, Offenbach’s late masterpiece about a poet’s three great loves may seem a light, frilly fantasia on its surface (it was a hit at the Parisian Opéra-Comique when it premiered in 1881), but reveals hidden depths as the night wears on. A ravishing trio of singers portray Hoffmann’s beloveds—animatronic doll, diva, courtesan—with each showcasing alluringly different shades of the soprano voice.

8pm: Online Shakespeare Readings with the Englewood Library!We’ve partnered with the Englewood Public Library (one of our performance locations for our summer Shakespeare in the Park), and have been reading Shakespeare’s greatest works over Zoom! Next up: this Wednesday, Aprill 22 at 8pm is Much Ado About Nothing! The following week, April 28, will be The Merchant of Venice!To register for either, please e-mail Library Director John Arthur at arthur@englewood.bccls.org 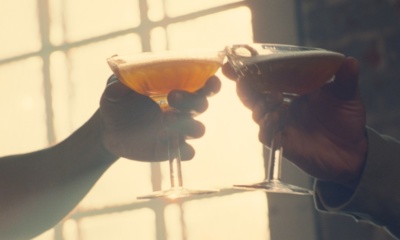