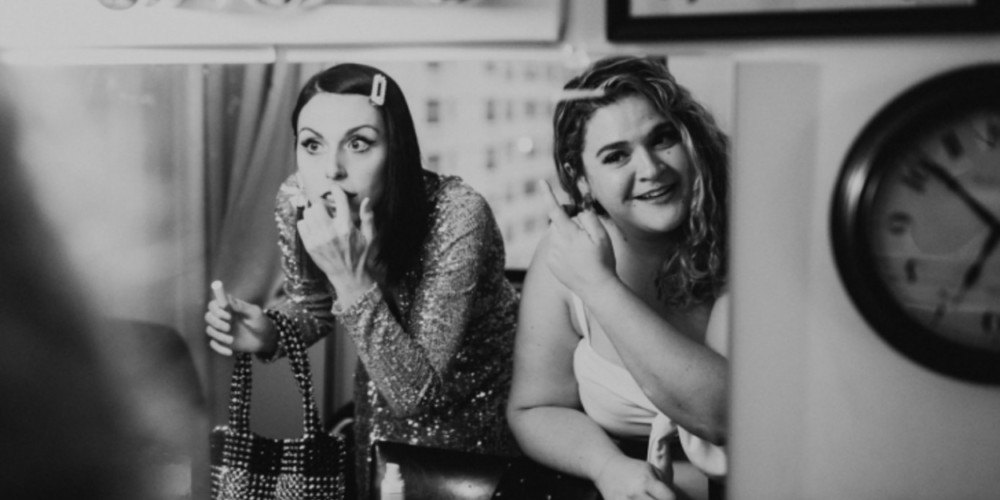 Today The Rodgers & Hammerstein Organization announced the third video in their new YouTube series, R&H Goes Live!, a spinoff of their existing R&H Goes Pop! video series. The YouTube stream will feature Ryan McCartan (Frozen) performing an acoustic version of his modern take on “This Nearly Was Mine” from Rodgers & Hammerstein’s South Pacific.

The video can be streamed beginning Today, Wednesday, April 8 at 1 p.m. ET on The Rodgers & Hammerstein YouTube channel and will be hosted by Laura Osnes (Rodgers + Hammerstein’s Cinderella; South Pacific). The performance will be followed by a Q&A.

On Seth Rudetsky fabulous series Stars in the House the show that has two performances everyday. At 2pm: Plays in the House: Fully Committed and at 8pm ET: TV Reunion: Young Sheldon.

The Early Night Show with Joshua Turchin is available across all social media platforms with full videos on YouTube, Facebook Watch and www.theearlynightshow.com released every Monday, Wednesday and Friday at 3pm EST.

6:30pm: #54BelowatHome: Bonnie Milligan and Natalie Walker. Bonnie Milligan (Head Over Heels), who has been described by Vulture as “a thrill to watch”, and Natalie Walker (Alice By Heart), who has been described by Cabaret Scenes as “basically a good singer when not being directly compared to Bonnie Milligan,” join forces for an evening of music, mayhem, and murder (Editor Note: Natalie why would there be murder?? Natalie Note: that’s one secret I’ll never tell…) that will shock you in its meticulousness, craft, and precision.

2:30pm: Martha Graham Dance Company: Martha Matinee This free YouTube event, screens four short films that explore Graham’s uncharacteristically joyful 1948 work Diversion of Angels: performances from 1949, 1976 and today, and a 2016 short film, Variations of Angels, by Peter Sparling. Artistic director Janet Eilber is on hand for live Q&A during the group watch, joined by Sparling. (The excerpts will be screened again on Saturday, April 11 at 2:30pm.)

6pm: Neil LaBute’s Ten X Ten Straight from the St. Louis Actors’ Studio a series of filmed monologues by Neil LaBute (In the Company of Men), performed in real time. A different pair will be released each Wednesday for five weeks. This week’s monologues are for characters in their forties, and are performed by Jenna Fischer and Jason Patrick. (Performers in future weeks include Richard Kind, Amy Madigan, Bill Pullman and Judith Light.) You can see last weeks here.

7pm: HERE@Home: Thomas Paine in Violence
Every Wednesday night, the vital downtown arts complex HERE screens a new recording of one of its past successes in a Facebook watch party. This week’s selection is Paul Pinto’s fascinating “electronic psychedelic opera-sermon,” directed by Rick Burkhardt (Three Pianos). The venerable experimental vocalist Joan La Barbara plays 18th-century rabble-rouser Thomas Paine—in the afterlife, natch—in a head-scrambling work that draws from Paine’s 1797 pamphlet Agrarian Justice. (You can read an interview with Pinto about it here.)

7pm: Marty Thomas and Rachel Potter Marty Thomas (Xanadu) hosts the weekly talent showcase Diva. Rachel Potter (was the Mistress in the most recent Broadway revival of Evita). Their guests this week are Mykal Kilgore and Brennyn Lark.