What To Watch Aug 16th To Take Away The Blues 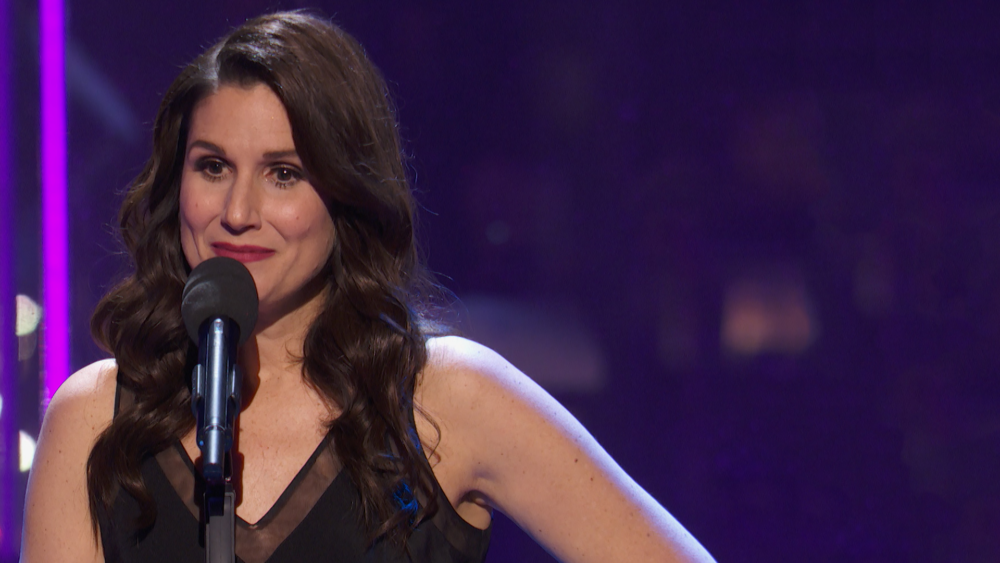 What To Watch Aug 16th To Take Away The Blues

Cell Playing on Air Tonya Pinkins, Condola Rashad, and Melanie Nicholls-King star in this audio play by Cassandra Medley:When a jaded guard at an immigrant detention center finds jobs for her sister and niece, family tensions erupt into a battle over home and homeland security.

1:30pm: Met Stars Live in Concert: Roberto Alagna and Aleksandra Kurzak The dynamic husband-and-wife duo of tenor Roberto Alagna and soprano Aleksandra Kurzak give a concert of arias and duets, accompanied by string quintet, from an outdoor terrace in Èze, France, with a spectacular view of the Mediterranean. From the rhapsodic love duet from Madama Butterfly to the hilarious hijinks of “Caro elisir” from L’Elisir d’Amore to surprising selections such as the Mexican favorite “Cielito lindo,” the program promises to be a joyful encapsulation of these two inimitable artists.

5pm and 9pm: The Road Theatre Company: Summer Playwrights Festival Log in for two readings. First Jason Martin in which a father and son venture into the woods and then a collection of five one-act plays by Jim Geoghan, Jonathan W. Stokes, Ellen Davis Sullivan, Bethany Dickens and Brooks Berry-Armstrong.

7pm: Stars in the House: Moments in the Woods Gala By The Actors Fund is the daily live streamed concert series created by Playbill correspondent and SiriusXM Broadway host Seth Rudetsky and producer James Wesley.

Episode guests: Jason Alexander, Marc Shaiman, Andréa Burns, Mandy Gonzalez, and more participate in the Moments in the Woods Gala, benefiting the Hancock-French Woods Arts Alliance that annually awards college scholarships and emergency assistance to young adults who are committed to a career in the arts.

7pm: Tight (Haha Nice) The Tank As part of the theater’s LimeFest, this play by Rebecca Kane focuses on Brooke, who gets a diagnosis of vaginismus, an involuntary tightening of the vagina. She’s determined to overcome it, using awkward conversations, dating apps, sex toys, friends with benefits and an obscene amount of that free lube from Planned Parenthood.

The Battery Dance Festival brings together 52 filmed performances including 28 premieres from 19 countries. Themed evenings include World and U.S. film Premieres from the Middle East, Africa, Europe, Japan and North America.  The centennial of the ratification of the 19th Amendment, which recognized the woman’s right to vote, serves as a focus for a program by women choreographers.  Works that focus on Black voices in dance, the resiliency of New York City and the Festival itself and a special program celebrating India’s Independence Day round out the Festival.

7:30: Verdi’s Luisa Miller This gripping opera kicked off Verdi’s staggering “middle period” and gave the opera world its first glimpse of the composer’s burgeoning genius. The tale of a pious and naive Tyrolean maiden in love with the wrong villager, the opera includes several trademark Verdi features: a soaring aria for the lead tenor, a nuanced and poignant father-daughter relationship for baritone and soprano, and a sublime third act that ends in tragedy.

8pm: The Seth Concert Series: Stephanie J. Block The Seth Concert Series is hosted by Sirius XM host and Playbill contributor Seth Rudetsky. While normally held in Provincetown, Massachusetts, under the Broadway @ Art House banner, the performances will be held indoors from the stars’ homes due to the COVID-19 pandemic.

Stephanie J. Block, won the Tony Award for Best Leading Actress in a Musical for her starring role in the current Broadway hit musical The Cher Show. Prior to that, she starred in the New York Revival of Falsettos , Little Miss Sunshine , The Mystery of Edwin Drood, Anything Goes, By The Way, Meet Vera Stark; 9 to 5: The Musical, Wicked, The Pirate Queen, The Boy from OZ. She starred in the First National Touring Company of Wicked as Elphaba. Television Credits include Rise, Orange Is The New Black, Homelandand Madam Secretary. Stephanie has sung with numerous symphony orchestras around the U.S. Her solo concert has been critically acclaimed in NYC and London. Her voice can be heard on the original cast recordings of The Boy From OZ, The Pirate Queen, and 9 To 5: The Musical, and of course her own album, This Place I Know.

8:30pm: Antigone in Ferguson Theater of War Productions. This is the most-lauded of this company’s many productions that use Greek tragedy to illuminate current issues, first created after a police officer killed Michael Brown in Ferguson, Missouri on August 9, 2014 (This is the sixth anniversary of the shooting.). The Zoom version follows Theater of War’s usual format, the starry cast will first read Sophocles’ tragedy, four panelists will discuss it, and then the discussion will be open to attendees. The cast features Oscar Isaac, Tracie Thoms, Ato Blankson Wood, Willie Woodmore, Marjolaine Goldsmith, Public Advocate Jumaane Williams, De-Rance Blaylock, Duane Martin Foster, Marcelle Davies Lashley, John Leggette, and Gheremi Clay, and the Antigone in Ferguson Choir.

Suzanna BowlingJune 6, 2022
Read More
Scroll for more
Tap
The Glorious Corner
What To Watch August 17th To Take Away The Blues