What To Watch Aug 20th To Take Away The Blues 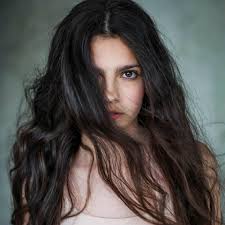 What To Watch Aug 20th To Take Away The Blues

5:30am: The Suffragist Project Florida Studio Theatre is proud to present The Suffragist Project, an artistic celebration of the upcoming 100th Anniversary of the ratification of the 19th Amendment (August 20, 2020), the woman’s right to vote. Bringing together over 60 organizations, this bi-county artistic commemoration will feature plays, dance performances, art exhibits, lectures, panel discussions, and in-school educational offerings, all in recognition of this monumental milestone.

She joins Playbill’s Mark Peikert to discuss the series, the athleticism that pole dancing requires, and what to expect from the last half of Season 1.

6pm: Here We Are Theatre for One Every Thursday starting today, Christine Jones’ company will offer one-on-one performances of “micro-plays” by the following eight playwrights:Jaclyn Backhaus, Lydia R. Diamond, Lynn Nottage, Stacey Rose, Nikkole Salter, DeLanna Studi, Regina Taylor, and Carmelita Tropicana. Each audience member signs up for a specific date and time and then gets to see at least one play, performed live! You need to sign up here in advance and to learn details.

7pm: 48Hours in…Harlem Harlem9. The 10th anniversary edition , has new plays were written in 48 hours July 17–19, then rehearsed and recorded during an additional 48-hour period July 24–25. For this year’s festival, playwrights were inspired by the same six Black plays from 48 Hours in..’s. inaugural year: Zooman and the Sign, The Colored Museum, Day of Absence, Funnyhouse of a Negro, Dutchman, and Black Terror.
The festival brings together six playwrights, six directors, and 18 actors, including A Strange Loop star Larry Owens and its choreographer Raja Feather Kelly. Penning the pieces are playwrights  Keith Josef Adkins, Brittany K. Allen

7 PM: Ailey All Access: Shelter Ailey All Access releases its next recorded performance: Jawole Willa Jo Zollar’s ballet Shelter, a statement about the physical and emotional deprivation of homeless people.

Set to an score which incorporates drumming by Junior “Gabu” Wedderburn and poetry by Hattie Gossett and Laurie Carlos, the work includes a new ending with revised text highlighting recent hurricanes and how our shelter can be threatened by climate change.

7pm: Joey Contreras in Concert By Axelrod Performing Arts Center. APAC presents New York singer-songwriter Joey Contreras, whose first album Love Me, Love Me Not featured multiple Broadway singers and earned him international attention. He is the composer of two-stage musicals and a Disney short film. Contreras will be performing his songs alongside Brian Russell Carey and Mia Gerachis.

A portion of the concert proceeds will benefit Encircle, an LGBTQ+ family and youth resource center based in Utah with national outreach. Encircle provides programs and services that meet people wherever they are in their lives with cultural competency and sensitivity, using community partnerships, best practices, and innovative techniques.

7:30pm: HVSF2 Reading Series Paradise Lost By Erin Shields, directed by Sara Holdren and featuring Nance Williamson. The 17th century and present-day are seamlessly intertwined as Satan vents about her frustration at being cast out of heaven and her thoughts on oppression. When she finds out that God has created delicate new creatures called “humans,” she crafts a plan for revenge and betrayal on the Almighty.

7pm: Virtual Masterclass: Motivating a Monologue with Gregory Wooddell By Signature Theatre Gregory Wooddell (Signature’s Cabaret, Round House Theatre’s Oslo) is a master of understanding and mining a text for performance. Join him for a monologue coaching session with pre-selected students as Gregory’s charm, talent, and intellect guides up-and-coming local artists through pieces they are currently perfecting.

7:30: Verdi’s Un Ballo in Maschera Verdi can always be counted on for passion, intrigue, and betrayal—and to make glorious music of it all. Un Ballo in Maschera, concerning a plot to murder King Gustavo III of Sweden, who also happens to be in love with his best friend and counselor’s wife, is no exception. With a principal cast featuring a powerful and dignified leading lady, a character role for soprano as young man, an otherworldly mezzo-soprano fortune-teller, a heroic tenor, and a suave and conflicted baritone, it’s Italian opera at its finest.

7:30pm: BPN Town Hall: My Broadway Memory with guests Todrick Hall & Colleen Ballinger My Broadway Memory, a new live, visual podcast — a celebration of memorable experiences at the theatre with Broadway’s biggest names. During each episode, a guest will choose a Playbill from their collection at random and take a trip down memory lane. In addition to discussing the actual show, Michael, Brian, and guests will discuss the headshots, ads, and other traits that make a Playbill a time capsule of Broadway history. Michael and Brian are calling out to theatre fans everywhere to join in on the fun by creating their own My Broadway Memory videos and sharing them to Instagram or Facebook. Be sure to tag @MyBroadwayMemory and use use the hashtag #MyBroadwayMemory to have a chance at being featured on the Broadway Podcast Network site.

7:45pm: #WomanUP DNC Watch Party Join host Halle Morse (Mamma Mia!) of Broadway 4 Biden and other Broadway stars as in a watch party for the final day of the Democratic National Convention.