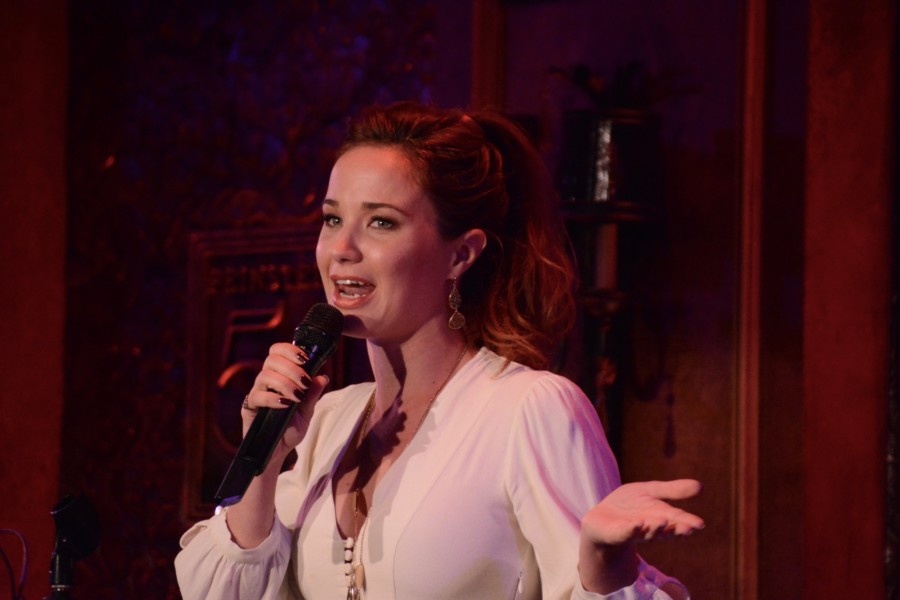 ***Please note that the Next to Normal Reunion was rescheduled to September 15th. Last night was Daisy and Violet Hilton Reunion with Emily Skinner and Alice Ripley

This one-day intensive will be taught by TRU Literary Manager Cate Cammarata and commercial producer Patrick Blake (The 39 Steps, My Life Is a Musical, Bedlam Theater’s Hamlet/St. Joan, The Exonerated, In the Continuum, Play Dead) founding artistic director of Rhymes Over Beats.

2pm: SummerStage Anywhere: Brooklyn Dance Festival The Brooklyn Dance Festival celebrates dance and performance art for all Brooklynites, providing services, opportunities, and outreach for all manner of dancers and highlighting diverse talents throughout the borough. They are joining us for the final SummerStage Anywhere: People Speak Sunday, with guest curation by the festival’s co-founder Tamia Santana and hosted by former Alvin Ailey star dancer, Dwana Smallwood, whose youth ensemble will join Earl Mosley’s Diversity of Dance, the New York City Ballet, The Orsano Project, Kristin Sudeikis Dance, Ballet Hispanico, the Urban Dance League, Maria Torres Dance Company, and the Brooklyn Dance Festival’s own company with Ailey Professional Division students as featured dance companies. On the 1s and 2s is the DJ, barber, and community organizer, DJ Zaki The Barber. Tune in for the first hour at 2pm EST, which will feature IG Live interviews with Smallwood and Diversity of Dance founder Fredrick Earl Mosley and Kristin Sudeikis, founder of Kristin Sudeikis Dance and FORWARD_SPACE.

3pm: The Seeing Place: A Midsummer Night’s Dream These couples in just can’t catch a break, have you noticed that? Everyone is trying to tell them how to be and who to love: the government, their parents, themselves, crazy woodland fairies. It’s a lot like the society we live in now where lovers, especially in the LGBTQIA+ community, just can’t do their own thing without everyone and their mother trying to get involved. Our cast and production team, with a majority representing the LGBTQIA+ community (featuring Hermia and Lysander as a lesbian couple and a herd of non-binary fairies), will dive deep into this messy web of tyranny and prejudice to expose it for how silly it really is.

The reading is scheduled for Sunday, August 30th, 2020 at 5PM EST, and will be followed by a 30-minute conversation between the cast, creative team, and the audience.

The readings will be directed by Arpita Mukherjee (artistic director of Hypokrit Theatre Company), with the cast comprised of Aya Aziz, Mariam Bazeed, and SEVAN.

6pm: Escape From Camp Erie Andrew Barth Feldman has wrangled a host of Broadway favorites to star in the next edition of Broadway Whodunit, including Rob McClure, Lesli Margherita, Solea Pfieffer, and Celia Rose Gooding. Rounding out the cast are Feldman himself, Sky Lakota-Lynch, Gabrielle Carrubba, Jason Tam, Alex Boniello, and Will Roland.

Audiences will serve as detectives as they track down suspects in the live, unscripted, and interactive performance, this time set at an ill-fated summer camp. The stars will receive nothing but their character descriptions beforehand. When the show begins, they will receive a set of objectives to achieve their characters’ goals.

Ticketholders will receive a link to a website that contains virtual rooms, where they can follow characters around during the performance. In addition, chat rooms will be available to discuss theories as they track down the culprit. Detectives will also receive a link to submit their guess for who the murderer is. Those with correct guesses will receive points based on how quickly they submitted. Using those points, detectives will be ranked on the leaderboard. These points accumulate through all future mysteries.

7:15pm: Quantum Theatre: Constellations Roland, a beekeeper, and Marianne, a quantum physicist, meet through a chance encounter and a multitude of possibilities stretch out before them. Three couples of married actors lead us through shifting realities and an infinity of parallel universes in this romantic play exploring the intersection of free will, destiny, and love. Starring Julianne Avolio, John Michnya, Daina Griffith, Daniel Krell, Marva Williams-Parker and Rico Romalus Parker

7:30: Falstaff Verdi finished his sublime final opera when he was almost 80 years old, capping a fruitful career with a bawdy adaptation of scenes from Shakespeare’s The Merry Wives of Windsor and Henry IV. His classic operatic farce charts a knight’s gold-digging efforts to seduce two married women, leading to belly-flopping failure on both counts. The score, meanwhile, is a complete tour de force, demonstrating the old master’s still-youthful panache, as well as his profound insight into human nature.

8pm: The Seth Concert Series: Sierra Boggess is an Olivier nominated actress, best known world-wide not only for re-inventing the coveted role of ‘Christine Daae’ in Lord Andrew Lloyd Webber’s The Phantom of the Opera, but for Lord Webber himself going on record to say that “she’s the best, the best Christine certainly.” Boggess portrayed the role in the Broadway, West End, and the televised 25th Anniversary concert productions of Phantom.Sierra made her Broadway debut as Ariel in Disney’s The Little Mermaid, receiving Drama Desk and Drama League Nominations. Her additional Broadway credits include Master Class, It Shoulda Been You, The Phantom of The Opera, and School of Rock. Boggess’ Off-Broadway credits include Love, Loss, and What I Woreand Music in the Air, alongside Kristin Chenoweth, for New York City Center’s Encores! Series. In the West End, Boggess has appeared as Fantine in Les Miserablesand originated the role of Christine Daae in Love Never Dies, the critically acclaimed sequel to The Phantom of the Opera, receiving an Olivier Award Nomination for her performance. Sierra starred as Cinderella in the highly anticipated Hollywood Bowl production of Into the Woods where the Los Angeles Times raved of her “crystalline singing and gameness for comedy… Boggess’ Cinderella was enchanting.” Prior to that she starred as Danielle DeBarbarac in the new musical, Ever After at the Alliance Theatre as well as starred in the world premiere of the new play The Age of Innocence at Hartford Stage for which she received a nomination for a Connecticut Critics Circle Award for her portrayal of Countess Ellen Olenska.Sierra’s concert appearances include multiple engagements with BBC Proms at Royal Albert Hall, Lincoln Center’s American Songbook Series The Lyrics of David Zippel, The New York Pops at Carnegie Hall, Broadway By The Year at Town Hall, Guys and Dollsat Carnegie Hall opposite Patrick Wilson, Megan Mullally and Nathan Lane, and The Secret Gardenat Lincoln Center. She has toured with her cellist sister, Summer Boggess and musical director, Brian Hertzall over the United States as well as Japan and Australia with her concert show which has been preserved live and released on CD, Awakening: Live at 54 Below.

The sit-down will explore Messing’s work in comedy and discuss Lucille Ball, who was a major influence on Messing’s career. One of the last episodes of Will & Grace this past April was a tribute to I Love Lucy entitled “We Love Lucy,” in which Messing portrayed beloved I Love Lucycharacters Lucy Ricardo, Ethel Mertz and Fred Mertz.