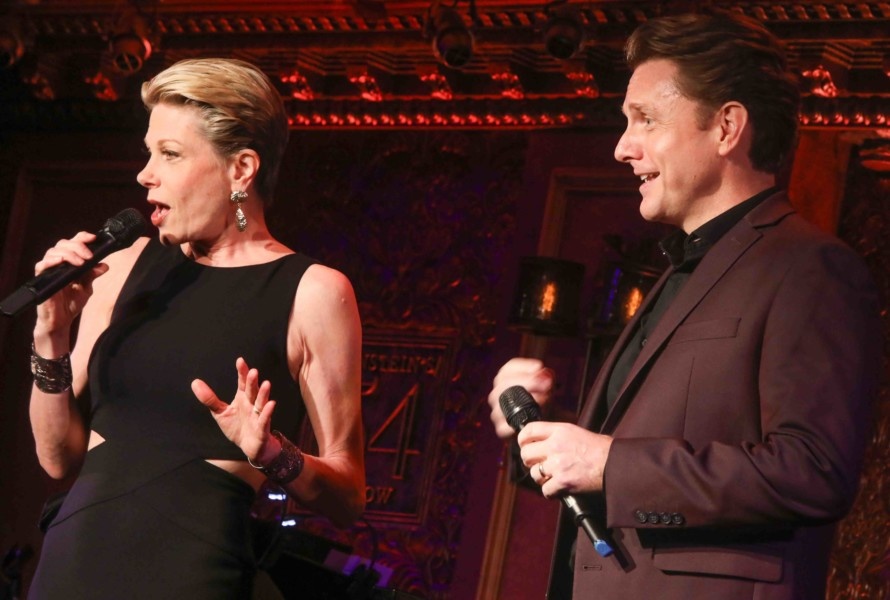 3pm: Best of Clowning Join Cirque Du Soleil for a good laugh as our clowns take centre stage and leave us in stitches in a brand-new Best of Clowning special! Tune in and don’t miss your chance to get your laugh on.

4pm: Writers Reflect: Eboni Booth & Joshua Harmon By Atlantic Theater Company. A pair of playwright friends interview each other, sharing stories about their individual processes, and what it means to create while in isolation. Featuring Featuring Juilliard classmates Eboni Booth (Paris) & Joshua Harmon (upcoming at Atlantic, The Bedwetter).

5pm: Julie Halston: Virtual Halston Broadway actress/comedienne Julie Halston is coming to a laptop near you! After ranting and raving on stages and cocktail parties, the comedy queen will launch “Virtual Halston,” a weekly half-hour gab-fest spotlighting her famous friends. This week s guest Andrew Rannells, the charming and talented star of stage (The Book of Mormon) and small screen (Girls).

7pm: Andromeda’s Sisters: Blythe Danner and More The Neo-Political Cowgirls collective, founded to amplify female voices in theatre-driven storytelling, presents its annual “Andromeda’s Sisters” fundraiser virtually this fall with two separate events. First up is a reading of monologues by female writers, including Lucy Boyle (writing a piece written for and to be performed by Blythe Danner), Joy Behar (writing for Catherine Curtin), and more, taking place August 14.

7pm: Actors Theatre of Louisville: The Bengsons: The Keep Going Song Indie-folk duo Abigail and Shaun Bengson (Where the Mountain Meets the Sea) return to Actors Theatre with this intimate evening of storytelling through song. In the darkest times, people have long found solace in the sound of their shared voices around a small light, and The Bengsons humbly invite you to come lean into the small glow of your phones and computers as they explore living fully even in moments of fear, choosing to love fiercely, and cultivating joy as a form of

7pm: Ice Factory: A Burning Church New Ohio Theater. Staged as a religious service as part of the Ice Factory Festival, this new musical traces the lives of church leaders and congregants amid protest movements, tragedies, and spiritual rebirth. esidency Artists Zhailon Levingston, Alex Hare, and Nehemiah Luckett. With a book by Hare and Levingston (who also directs), music by Luckett, and lyrics by Levingston.

7pm: Theater for the New City: Liberty or Just Us: A City Park Story

7:30: Wagner’s Parsifal  Wagner’s epic masterwork about a naïve young hero’s quest to restore the Holy Grail demands unparalleled stamina from singers, conductor, and audience alike. Yet the payoff is an operatic experience as profound as anything in the canon, with overwhelming music and compelling psychological portraits. This classic telecast from 1992 features a quartet of the greatest Wagnerians of that era: Waltraud Meier as the enigmatic Kundry, Siegfried Jerusalem in the title role, Bernd Weikl as the suffering fallen knight Amfortas, and Kurt Moll as the philosophical Gurnemanz.

7:30pm: Theater Breaking Through Barriers: 3 Gods on a Zoom Voices from the Great Experiment One of eight new plays from the festival entitled Voices from the Great Experiment, which will be presented on TBTBTheater’s YouTube channel every night at 7:30 through August 10. This one is by Monét Marshall. Directed by Keyanna Alexander. Company: Kalilah Black, Robin Carmon Marshall, AhDream Smith

8pm: Marin Mazzie and Jason Danieley: Broadway and Beyond Broadway on Demand will stream the final New York City performance from the Broadway couple, prior to Mazzie’s passing in 2018. The Feinstein’s/54 Below concert features songs from Ragtime, Passion, The Full Monty, Curtains, The Visit, and more.

The stream, benefiting The Cancer Support Community, Tina’s Wish, and The Actors Fund, will also feature a pre-show event with Brian Stokes Mitchell.

8pm: Sweet Nell Productions: When Sunny Went Blue! When Sunny Went Blue, the new Camp Comedy play by Justin Sayre, is a sendup of Reversal of Fortune, and the Sun Von Bulow case that inspired it. When Sunny Went Blue begins as the rich and troubled socialite Sunny VonCliesdorf lies in persistent vegetative state. Her husband, effete playboy, Klaus VonCliesdorf has been convicted of trying to kill his wife, but did he do it? That’s what defense attorney’s Shlomi Finkelberg and Annette DeFazio are here to find out.

Friday 8pm EDT / 1am BST (live only)
With his wicked witticisms, ardent social activism and cultivated mid-Atlantic accent—he sounds like Lauren Bacall in a saucy mood—Justin Sayre is an avatar of retroqueer cultivation. Now he is keeping the camp fires burning with a monthly series of original pitch-black comedies. The latest, When Sunny Went Blue!, is loosely, even promiscuously, inspired by the case of Claus and Sunny van Bülow. The cast, directed by Tom DeTrinis, includes some of America’s funniest actors, such as Drew Droege, Sam Pancake, Jenn Harris, Jeff Hiller, Leslie-Ann Huff, Ryan Garcia, Daniele Gaither and Michael Cyril Creighton. Tickets are $15–$20.

8pm: City Garage: Break of Noon Neil LaBute’s Break of Noon, in which a businessman experiences what he believes to be a divine vision after surviving an office shooting. Frédérique Michel directs, George Villas stars.

8pm: Love, Noel Irish Rep. The songs and letters of Noel Coward, performed by Steve Ross and KT Sullivan transform into some of the many characters that made up Coward’s unique life…Gertrude Lawrence, Marlene Dietrich, Greta Garbo, Elaine Stritch, Lynn Fontanne, Virginia Woolf, Edna Ferber, the Queen Mother, and, of course, The Master himself, Noël Coward.

8pm: Downtown Variety Take 13 By La Mama. La MaMa and CultureHub have teamed up to create Downtown Variety, which uses emerging technologies to create a new venue for artistic expression and creative connections. Powered by LiveLab, a browser-based media-router CultureHub is developing for networked collaboration between artists, technologists, and audiences.

9pm: Lena Hall: Obsessed: Alanis Morissette Join Lena Hall in her zoom room during the concert, a special post show meet and greet, and more! Lena Hall’s popular 2018 series is back and this time she’s bringing it to your living room. Obsessed 2020 is a series of concerts dedicated to one specific artist every month. The songs are presented stripped down and acoustic giving you a more intimate experience with the music. So sit back and relax and let Lena Hall entertain you from the safety and comfort of your home. Obsessed: Alanis Morissette brings you the best of Alanis in an acoustic format. Songs include Thank U, Uninvited, You Learn, Head Over Feet, Right Through You, and many more. Lena Hall will be joined by Music Director/ Guitarist Daniel Palese.