What To Watch August 17th To Take Away The Blues 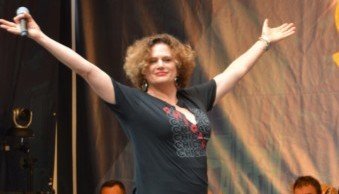 What To Watch August 17th To Take Away The Blues

Corkscrew 4.0 through August 23. What was going to be the fourth annual  Corkscrew Festival has been delayed until August 2021. HOWEVER, in the meantime, “the creative teams behind the five world premiere productions have adapted, reimagined, and exploded their plays, ending up with five unique interactive web experiences.”

So, for example: “In Yankees, it’s Study Abroad Florence 2015! Introduce yourself to the Facebook group, check out the program website, and get ready to become a citizen of the WORLD…’

1pm: Manual Cinema: Frankenstein Manual Cinema’s 10th Anniversary Retrospectacular! is a month-long virtual birthday party featuring four of the company’s most seminal shows from the past 10 years on multi-camera, high-definition video, streaming for FREE July 27-August 23. The streams come with a suggested donation to Manual Cinema to compensate for lost touring income due to Covid-19. In addition, each week, Manual Cinema will host live, online, virtual talkbacks reuniting each production’s creators, collaborators and fans.

2pm: Food for Thought   the award-winning theatre company will present Tony Award-winner Cady Huffman (The Producers) and Nathan Darrow (House of Cards) in Mrs. Sorken by Christopher Durang and I Can’t Imagine Tomorrow by Tennessee Williams, directed by Antony Marsellis.

3pm: The Seth Concert Series: Stephanie J. Block The Seth Concert Series is hosted by Sirius XM host and Playbill contributor Seth Rudetsky. While normally held in Provincetown, Massachusetts, under the Broadway @ Art House banner, the performances will be held indoors from the stars’ homes due to the COVID-19 pandemic.

Stephanie J. Block, won the Tony Award for Best Leading Actress in a Musical for her starring role in the current Broadway hit musical The Cher Show. Prior to that, she starred in the New York Revival of Falsettos , Little Miss Sunshine , The Mystery of Edwin Drood, Anything Goes, By The Way, Meet Vera Stark; 9 to 5: The Musical, Wicked, The Pirate Queen, The Boy from OZ. She starred in the First National Touring Company of Wicked as Elphaba. Television Credits include Rise, Orange Is The New Black, Homelandand Madam Secretary. Stephanie has sung with numerous symphony orchestras around the U.S. Her solo concert has been critically acclaimed in NYC and London. Her voice can be heard on the original cast recordings of The Boy From OZ, The Pirate Queen, and 9 To 5: The Musical, and of course her own album, This Place I Know.

7pm: New York Theatre Barn: A Quarantine Lab Now in its 7th season, the Choreography Lab was created to elevate and expand the use of dance in musical theatre, and is also the only curated choreography platform where choreographers and writers collaborate to develop movement for new musicals during incubation. A Quarantine Lab will explore creating new choreography in a virtual space, and will feature the work of choreographers Raja Feather Kelly (choreographer of A Strange Loop) and Tislarm Bouie (Gary: A Sequel To Titus Andronicus). Mr. Kelly will present an excerpt from Rona Siddiqui’s new musical Salaam Medina: Tales Of A Halfghan. Mr. Kelly serves as both the director and choreographer on this project, which was featured earlier this year in New York Theatre Barn’s virtual New Works Series. In the new musical, “Halfghan” Medina Eskandani confronts what it means to identify as a person of color (her Middle Eastern side) when she has spent her whole life trying to be white (her Italian side). Mr. Bouie will present Thug, an excerpt of his short film focusing on redefining what it means to be a black man in America. Specifically, Mr. Bouie’s film exposes how dangerous and disruptive America’s definition of black masculinity is, how that definition needs to be revolutionized, and that black men are undefinable. At its core, THUG seeks to show the world that, “We’re not violent! We’re vulnerable, resilient and beautiful. We are love”. New York Theatre Barn will be giving 50% of its donations each week to a different charity that supports black lives and civil rights. The charity on August 17th will be The Fund for College Auditions which advocates for diversity and equity in college-level theatre training programs.

7pm: The 19th: Whose Vote Is It Anyway? By Baltimore Center Stage On August 18th, 1920, the U.S. ratified the 19th amendment, granting women the right to vote. Well… supposedly, anyway. In reality, It took many years before women of all races were able to exercise this right. Join us on the eve of the 100th anniversary for a virtual event featuring musical performances, poetry, theater, and more. We will both celebrate and interrogate the history of the 19th amendment and what it means for human rights and women nationwide.

This event is free but registration is encouraged. Guests who register will receive a digital program and an event reminder on August 17.

7:30pm: Harlem Week: In Conversation with Melba Moore By Harlem Week. Several events scheduled as part of Harlem Week August 16–23 will feature Broadway stars reflecting on the theatre industry and its intersection with the Black community. Among those participating are Tony winner Melba More, Kimber Elayne Sprawl, Irene Gandy, and Stephanie Mills.

First up is a conversation with Moore (Purlie, Les Misérables) August 17 at 7:30 PM ET as she reflects on her five decades as a working performer in the industry. In addition to telling stories from her career, Moore will perform a short set of songs.

Suzanna BowlingOctober 29, 2022
Read More
Scroll for more
Tap
What To Watch Aug 16th To Take Away The Blues
Streaming the Phenomenal Indecent On BroadwayHD