What To Watch August 24th To Take Away The Blues 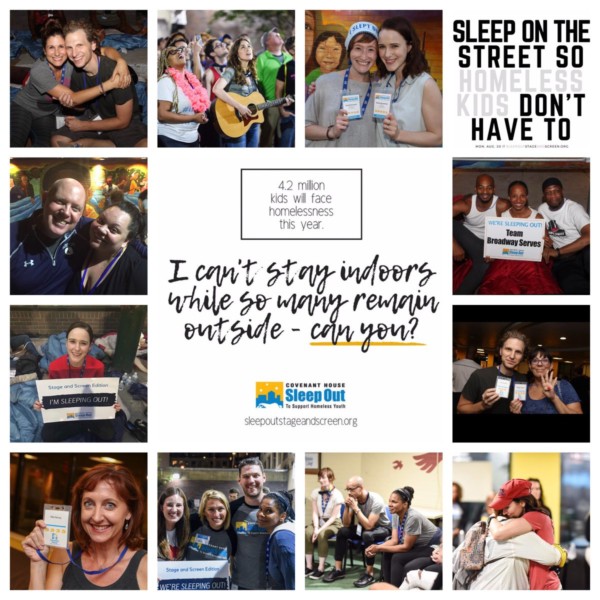 What To Watch August 24th To Take Away The Blues

3pm: The Seth Concert Series: Rachel Bay Jones Rachel Bay Jones is best known for originating the role of ‘Heidi Hansen’ in the Original Broadway Cast of Dear Evan Hansen, and received a Tony Award®, Emmy Award, Grammy Award, Lucille Lortel Award, and Drama League Nomination for her performance. She can currently be seen on the hit ABC series “Modern Family,” CBS’ “God Friended Me,” and in the feature film Ben Is Back, opposite Julia Roberts. She stars in the upcoming feature film Critical Thinking, directed by and opposite John Leguizamo. Additional Broadway credits include Pippin, Hair, Women on the Verge of a Nervous Breakdown. Off-Broadway & Regional/National Tour include Dear Evan Hansen (Drama Desk Nomination) at Second Stage, First Daughter Suite at The Public Theater, Hello Again, A Christmas Story, Pippin, Sylvia, and The King and I. On television, Rachel recently appeared on NBC’s “Law & Order: SVU,” ABC’s “The Family,” and the FX series “Louie.” She is currently touring her new solo concert series Something Beautiful, and her debut solo album ShowFolk can be purchased on iTunes and Amazon.

The new plays were written in 48 hours July 17–19, then rehearsed and recorded during an additional 48-hour period July 24–25.

For this year’s festival, playwrights were inspired by the same six Black plays from 48 Hours in..’s. inaugural year.

7:30 Verdi’s Rigoletto Michael Mayer’s acclaimed production, first seen in the 2012–13 season, sets the action of Verdi’s masterpiece in 1960 Las Vegas—a neon-lit world ruled by money and ruthless, powerful men. Piotr Beczała is the Duke, a popular entertainer and casino owner who will stop at nothing to get what he wants. Željko Lučić sings Rigoletto, his sidekick and comedian, and Diana Damrau is Rigoletto’s innocent daughter, Gilda. When she is seduced by the Duke, Rigoletto sets out on a tragic course of murderous revenge. Štefan Kocán is the assassin Sparafucile and Michele Mariotti conducts.

7:30: Righteous Temple Emanu-el Streicker Center. A new play by Jeff Cohen with a starry ten-member cast including Frank Wood, Denis O’Hare, Johanna Day, Jessica Hecht, and Richard Kind. “What would you do if you learned that your country planned to exterminate an entire race of people? That is the horrible question faced by Eduard Schulte, a captain of German industry and member of Hitler’s inner circle. Righteous is the true story of the man who sounded the alarm of Hitler’s plan to murder all the Jews in Europe. Schulte’s warning reached the desk of President Roosevelt in December 1942.” The reading is free to the public but you must register here in advance.

7:30: Eulogy and Notes from the New World. Planet Connections Zoom two plays the first written by Barry Lee Sheppard, Directed by Adam Chisnall: Can I say goodbye or am I in an endless turnstile? the second was written by Patricia Davis Directed by Susan Tenney: Playwright Olympe de Gouge, executed during the French Revolution, returns to the stage and working with murdered activists from our time—Berta Caceres, Digna Ochoa, and Anna Politkovskaya—builds a world where women can live. To make a reservation, email Kim Jones at PlanetKimJ@gmail.com.

In lieu of the traditional sleep out in New York, participants will take to the floors or yards of their own outdoor spaces due to the ongoing coronavirus pandemic. As in years past, the tradition is not to mimic homelessness, but rather to act in solidarity with the people the organization supports.

8pm: The Producer’s Perspective LIVE! Episode 69: Patrick Page By The Producer’s Podcast. Hadestown, Hunchback on Notre Dame, Spider-Man: Turn Off the Dark, Spring Awakening and did you know Patrick has a podcast!? Hit the ‘GET REMINDER’ button below to get notified when we go LIVE! Don’t forget to SHARE this with your Broadway-lovin’ friends.

Moderated by journalist Soledad O’Brien, the event will take place August 25 at 8:30 PM ET on Zoom, open to donors who pledge $10 or more to the Latino Victory Fund. Donations will support the charity’s aim to grow Latinx political power in all levels of government.

The virtual fundraiser will feature Soo, Goldsberry, and Jones discussing the role of women in Hamilton, the rehearsal process, and their perspectives on performing in the show as women of color—who were not allowed to vote until 1965 with the passing of the Civil Rights Act.