What To Watch August 25th To Take Away The Blues 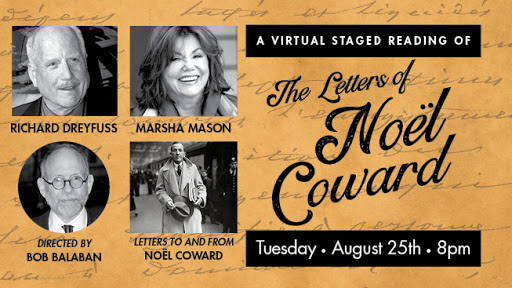 What To Watch August 25th To Take Away The Blues

In lieu of the traditional sleep out in New York, participants will take to the floors or yards of their own outdoor spaces due to the ongoing coronavirus pandemic. As in years past, the tradition is not to mimic homelessness, but rather to act in solidarity with the people the organization supports.

4pm: CyberTank Variety Show By The Tank, hosted by Hannah Erdheim The CyberTank Weekly Variety Show is a remote, multidisciplinary variety arts gathering open to everyone. The arts community has been presented with a challenge to re-examine theatricality, and The Tank has reframed this as the gift of an opportunity to grow and choose community over despair. Each weekly installment is centered around a specific question and features guest artists who will perform and facilitate conversation.

7pm: LAO at Home: Living Room Recital By LA Opera. Soprano Ana María Martínez has planned a program that includes the famous “Song to the Moon” from Rusalka (one of her signature roles), along with a selection of captivating Spanish songs. This program is generously supported by the Tourist Office of Spain.

7pm: With Dignity The Tank. As part of the theater’s LimeFest, this play by Victoria M. Fragnito focuses on a woman who is faced with the task of telling her Italian-Catholic family during a Sunday dinner that she is taking advantage of her state’s new Death with Dignity law.

7:30pm: Il Trovatore This turbulent tragedy of four characters caught in a web of family ties, politics, and love features a score as melodic as it is energetic, with infectious tunes that are not easily forgotten. The story of the troubadour of the title, his vengeance-obsessed Gypsy mother, his devoted lover, and her evil aristocratic pursuer, the opera lives in a borderland between madness and reality, not perfectly at home in either realm. For anyone who truly immerses himself in its shadowy world, Il Trovatore provides an experience that is uniquely thrilling, even within the world of Romantic Italian opera.

8pm: Stars in the House: Beauties and a Beast with Andréa Burns, Kerry Butler, Susan Egan and Terrence Mann

8pm: The Producer’s Perspective LIVE! Episode 69: Patrick Page By The Producer’s Podcast. Hadestown, Hunchback on Notre Dame, Spider-Man: Turn Off the Dark, Spring Awakening and did you know Patrick has a podcast!? Hit the ‘GET REMINDER’ button below to get notified when we go LIVE! Don’t forget to SHARE this with your Broadway-lovin’ friends.

The pair will read correspondences, curated by director Bob Balaban, between Coward, Graham Greene, and Alec Guinness, who met while working on Our Man in Havana in the late ’50s. Capturing the wit and genius of these three artists, the letters range in topics from Cole Porter to vericose veins.

Moderated by journalist Soledad O’Brien, the event will take place August 25 at 8:30 PM ET on Zoom, open to donors who pledge $10 or more to the Latino Victory Fund. Donations will support the charity’s aim to grow Latinx political power in all levels of government.

The virtual fundraiser will feature Soo, Goldsberry, and Jones discussing the role of women in Hamilton, the rehearsal process, and their perspectives on performing in the show as women of color—who were not allowed to vote until 1965 with the passing of the Civil Rights Act.

Inspired by a collection of essays on Mexican thought and identity by Octavio Paz, Solitude explores love, death, destiny and family through a contemporary lens, accompanied by live music from cellist Semyon Kobialka.