What To Watch August 28th To Take Away The Blues 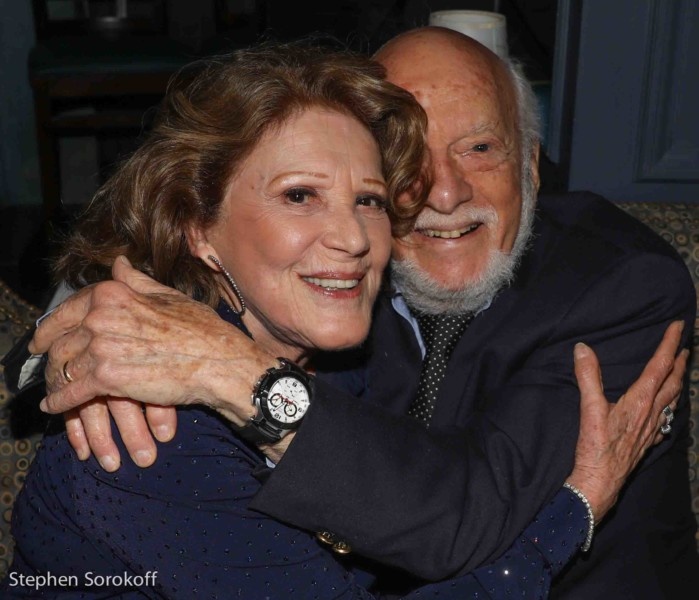 What To Watch August 28th To Take Away The Blues

The concert will raise money for Hope Mill Theatre, Acting For Others, and National AIDS Trust.

12pm: Peanut Butter Jams is a half-hour interactive living room concert/music class, designed to entertain and teach kids from the comfort of their own homes. Brought to you by Broadway performers Lilli Wosk and Brad Standley, PBJams is high-quality fun for the whole fam.

1pm: College Theatre Auditions: University of North Carolina School of the Arts and Webster University By Playbill Faculty from theatre programs at university’s go live to answer your questions about their specialized college theatre experiences, audition tips, and more.

2:30: Showstopper! The (Socially Distanced!) Improvised Musical Olivier Award winners and Fringe favourites The Showstoppers are back with another socially distanced and completely improvised smash hit musical.

Using state-of-the-art technology and rigorous social distancing, the company will take live suggestions from the audience watching at home to create a full-length brand new musical, while socially distanced from each other behind clear screen.

So whether you fancy Hamilton on Hampstead Heath or some Sondheim set in a castle, you say it and – as always – The Showstoppers will make it happen!

The show will be available to watch for 48 hours after the live event so those who can’t watch it live, can catch up after.

3pm: Behind The Curtain Of Kooza Join Cirque Du Soleil’s 20th production! Expect the unexpected as we invite you behind the scenes of this crowd-favourite. Not only will you learn more about how to land a double backflip on one stilt, you will also be given an exclusive look at all the preparation that goes into putting on the show

5pm: Julie Halston: Virtual Halston Broadway actress/comedienne Julie Halston is coming to a laptop near you! After ranting and raving on stages and cocktail parties, the comedy queen will launch “Virtual Halston,” a weekly half-hour gab-fest spotlighting her famous friends. This week’s guest

Linda Lavin best known for playing the title character in the sitcom Alice and for her stage performances, both on Broadway and Off-Broadway. On Broadway in the 1960s, she earned notice in It’s a Bird…It’s a Plane…It’s Superman, receiving her first Tony Award nomination in Last of the Red Hot Lovers in 1970. She moved to Hollywood in 1973 and began to work in television, making recurring appearances on the sitcom Barney Miller before getting the title role in hit comedy Alice, which ran from 1976 to 1985. In 1987, she returned to Broadway, starring in Broadway Bound (winning a Tony Award), Gypsy (1990), The Sisters Rosensweig (1993), The Diary of Anne Frank (1997–1998) and The Tale of the Allergist’s Wife (2000–2001), among others. In 2010, she appeared as Ruth Steiner in Collected Stories, garnering her fifth Tony nomination.

7pm: The 19th Amendment Project Bitter Flower by Jennifer Natalya Fink presented by the Gilbert Theatre and Burning Coal Theatre Company
Follows the relationship of two major figures in the suffrage movement, Ida B. Wells-Barnett and Jane Addams, and the fault lines of black and white feminists that continue to the present day.  Content Warning: death, racism, abuse

Burning Coal Theatre is pleased to present The 19th Amendment Project, a collection of short plays written by some of the most accomplished women and/or non-binary playwrights working today, writing on the passage of the 19th Amendment 100 years ago and its ongoing impact.

7pm: Fountain Theater: The Ballad of Emmett Till The original director and cast of our 2010, multiple award-winning production of The Ballad of Emmett Till by Ifa Bayeza will reunite for a finely produced, live-streamed reading of the play on the 65th anniversary of Till’s murder. Directed by Shirley Jo Finney with original cast members Bernard K. Addison, Rico E. Anderson, Lorenz Arnell, Adenrele Ojo and Karen Malina White. The reading will be available on demand through the end of the year.

7:30: La Traviata Few operatic figures are as beloved as Violetta, the dignified, selfless, and sickly heroine of Verdi’s classic tragedy. An elegant courtesan with a heart of gold, she chooses true love over the amusements and riches of her glamorous Parisian life, then sacrifices everything for the sake of a young woman she’s never even met. All of this—the glitter of her earlier wealth, the heat of her passion with the ardent young Alfredo, the pain of their separation, and her tragic end—lands with devastating weight thanks to Verdi, whose score stands as one of music’s greatest depictions of love and loss.

8pm: Quantum Theatre: Constellations Roland, a beekeeper, and Marianne, a quantum physicist, meet through a chance encounter and a multitude of possibilities stretch out before them. Three couples of married actors lead us through shifting realities and an infinity of parallel universes in this romantic play exploring the intersection of free will, destiny, and love. Starring Julianne Avolio, John Michnya, Daina Griffith, Daniel Krell, Marva Williams-Parker and Rico Romalus Parker

9pm: A Midsummer Night’s Zoom Through a creative collaboration, UCI faculty members Eli Simon and Julia Lupton are reimagining and re-envisioning one of the Bard’s most enduring and beloved works, A Midsummer Night’s Dream, for live streaming and community interaction.

By examining the human condition through the ubiquitous themes of forbidden love, heartbreak, social conventions, and parental approval, to name a few, the relevance and appeal of Shakespeare plays are timeless.