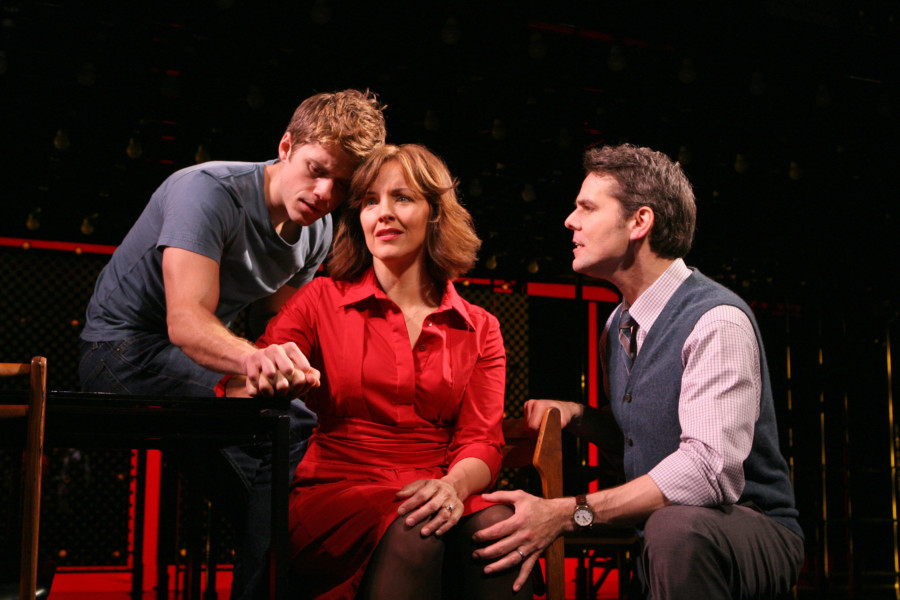 1pm: Met Stars Live in Concert: Lise Davidsen After causing a sensation with her triumphant Met debut last season, the young dramatic soprano offers a program of the soaring music that has rocketed her to stardom around the world.

1pm: Coney Island USA: Mermaid Parade 2020: The Tail-a-Thon The Parade is about people showing off their creativity, celebrating summer, having fun and COMING TOGETHER. So how do we come together in 2020 and avoid jeopardizing our health? And how do we acknowledge what a tough year it’s been while still doing Mermaid Parade stuff? The TAIL-A-THON is our answer

The Parade will be DE-CENTRALIZED. That means people will still be able to come together from anywhere around the globe (homes, parks, wherever you can be safe) to celebrate with friends. It won’t be the hundreds of thousands of people in one physical space that we normally have — but we will all be connected via video streams to the Parade Hub (essentially this year’s Reviewing Stand) — where our tech team will combine the streams with the Parade MCs, special guests, pre-recorded content and more surprises. The whole shebang will then be broadcast out to the general public over an eight hour period.

And there are some real benefits of a streamed decentralized parade. It will mean that the general public will essentially have a seat on the reviewing stand — just like our infamously incompetent Judges.

2pm: Small Creatures: Jigsaw is a brand new collective of established South African multi-disciplinary artists, formed in May 2020 as a direct response to performance conditions resulting from COVID-19. It is an experiment in what might be possible when live story-telling is no longer possible in a physical theatre space.

7pm: The 19th Amendment Project Burning Coal Theatre is pleased to present The 19th Amendment Project, a collection of short plays written by some of the most accomplished women and/or non-binary playwrights working today, writing on the passage of the 19th Amendment 100 years ago and its ongoing impact. Tonight Gerrymanderia, or The Miss Earth Vacancy in the Miss Universe Pageant System by Ariel Zetina presented by Burning Coal Theatre Company. Gerrymanderia is competing for The Miss Earth Vacancy title in the Miss Universe Pageant System and urges the viewers at home to vote for her; meanwhile two women at home are struggling to cast their votes.

7pm: The Seeing Place: A Midsummer Night’s Dream These couples in just can’t catch a break, have you noticed that? Everyone is trying to tell them how to be and who to love: the government, their parents, themselves, crazy woodland fairies. It’s a lot like the society we live in now where lovers, especially in the LGBTQIA+ community, just can’t do their own thing without everyone and their mother trying to get involved. Our cast and production team, with a majority representing the LGBTQIA+ community (featuring Hermia and Lysander as a lesbian couple and a herd of non-binary fairies), will dive deep into this messy web of tyranny and prejudice to expose it for how silly it really is.

7pm: Broadway on Demand: Pride & Prejudice based on the classic novel by Jane Austen, is a new musical adaptation by Tony Award nominee Paul Gordon (Broadway’s Jane Eyre). The show was filmed at the Tony Award-winning TheatreWorks Silicon Valley in Palo Alto, CA., where it played its world premiere from December 4, 2019 to January 4, 2020 and established an all-time box office record. The production was directed by TheatreWorks’ Founding Artistic Director Robert Kelley and choreographed by Dottie Lester-White.

7:15: Quantum Theatre: Constellations Roland, a beekeeper, and Marianne, a quantum physicist, meet through a chance encounter and a multitude of possibilities stretch out before them. Three couples of married actors lead us through shifting realities and an infinity of parallel universes in this romantic play exploring the intersection of free will, destiny, and love. Starring Julianne Avolio, John Michnya, Daina Griffith, Daniel Krell, Marva Williams-Parker and Rico Romalus Parker

7:30: Don Carlo With its inexhaustible bounty of arias, duets, quartets, and even a prison riot, this historical masterwork about the heir-apparent of King Philip II of Spain shows the composer at his thrilling, imaginative best. The six singers at the helm must be steely and intrepid, capable of delivering high notes, steroidal emotions, and the narrative twists and turns of this titanic score.

7:30: Dixon Place: Just Give Me One Half Hour With My Mother What do you get when you cross a nerd comedian with a nerd-averse Mother who is funny as f*ck? You get Deb Margolin’s comedy of mourning and retrospection, with a deep bow to the power of jokes to connect a body in diaspora to the mother country, or to the Mother herself! In addition to the lamentation and yearning there are jokes told one after the other! Written & Performed by Deb MargolinDirected by Merri Milwe

7:30: Music at the Mansion: Danny Bacher an award-winning singer/saxophonist and entertainer extraordinaire, as he holds forth at the Mansion and brings to you an unforgettable night of swingin’ jazz, American popular song, storytelling and laughs with his signature style and wit!

A recent recipient of the prestigious Margaret Whiting Award, Bacher was also nominated for best male vocalist in the 2019 National Jazz Times reader’s poll along with Harry Connick, Gregory Porter and Tony Bennett.

8pm: Stars in the House: Next to Normal Original Broadway Cast Reunion a 2008 American rock musical with book and lyrics by Brian Yorkey and music by Tom Kitt. Next to Normal opened on April 15, 2009 at the Booth Theatre, where it played for 733 performances. Directed by Michael Greif, the musical starred Alice Ripley, J. Robert Spencer, Adam Chanler-Berat, Jennifer Damiano, Aaron Tveit and Louis Hobson.

8pm: Tough Love By SheATL Arts After a colleague discovers an incriminating note, the newly appointed principal of a prestigious private academy confronts the student believed to be responsible. But as more layers are revealed, she finds herself questioning the motives of everyone involved — as well as her own loyalties.

Jocelyn Rick’s Tough Love is a full-length straight play that examines the lines between condemnation and compassion, and how these lines fluctuate depending on our level of authority and our personal incentives.

Closing out the evening will be a number from last year’s sold-out hit show, Mamma Mia! provided by Boebe Productions, LLC.