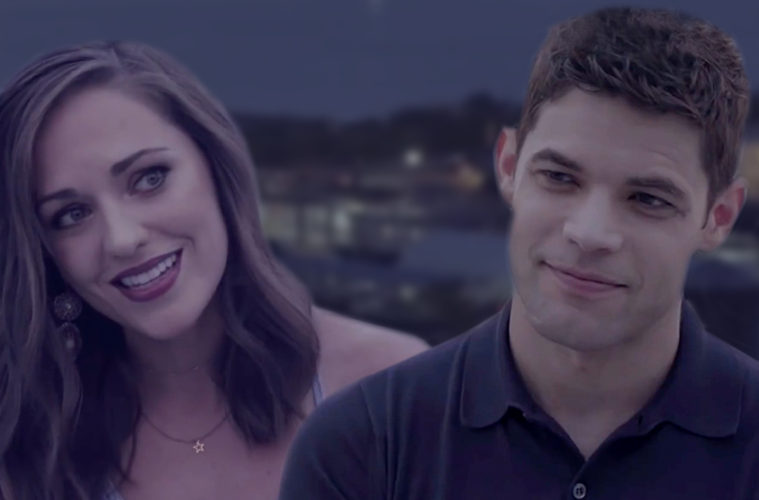 2pm: Old Vic: Jekyll & Hyde Jekyll & Hyde, a dance thriller devised, directed and choreographed by Olivier Award winner Drew McOnie, will go live at 7pm on Wednesday 05 August and will be available to watch until 7pm on Wednesday 12 August. One of the UK’s most innovative theatre choreographers Drew McOnie reimagines Robert Louis Stevenson’s sinister drama in an excitingly physical new dance production with music by Grant Olding. With heartfelt thanks to the generosity of all the casts, creatives and companies involved, a selection of full length Old Vic archive recordings of selected productions since Matthew Warchus became Artistic Director in 2015 will be hosted for free on The Old Vic’s YouTube channel. This will give audiences the chance to revisit loved collector’s item productions, or watch for the first time.

4pm: Why We Do It: Director and Playwright, Erica Schmidt! Erica directed the musical adaptation of CYRANO last fall at The New Group. You won’t want to miss her discussion with Artistic Director, Scott Elliott.

5pm: Metropolitan Opera: Così fan tutte In this new production of Mozart’s effervescent comedy of young love and infidelity, director Phelim McDermott and his team of designers have updated the opera’s setting to a boardwalk amusement park inspired by Coney Island in the 1950s. The result is a twisted playground in which the two pairs of lovers at the heart of the tale find themselves on one emotional, and sometimes literal, thrill ride after another. Performed as part of the Met’s Live in HD series of cinema transmissions, the production features a cast of breakout young artists—soprano Amanda Majeski, mezzo-soprano Serena Malfi, tenor Ben Bliss, and bass-baritone Adam Plachetka. Baritone Christopher Maltman, as the scheming Don Alfonso, and Tony Award–winning actress Kelli O’Hara, who triumphed in her 2014 Met debut in Lehár’s The Merry Widow, join the quartet of rising stars. David Robertson conducts Mozart’s colorful and heartfelt score.

7pm: Bristol Riverside Theatre Summer Music Fest: A Night at the Movies celebrate your favorite songs from Tinsel Town’s greatest musicals and movies. From Casablanca to Goldfinger, the music from the silver screen will have you singing along. Keith Baker serves as host and music director; tickets are $35.

Based on the book by New York Times best-selling author Jodi Picoult and her daughter Samantha van Leer, Between the Lines has music and lyrics by Kate Anderson and Elyssa Samsel, book by Timothy Allen McDonald, and is directed by Jeff Calhoun. Featuring live performances performed remotely by Arielle Jacobs.

In anticipation of this year’s presidential election, the night will end with an extra special treat from Debra Barsha and Sheilah Rae, featuring their song “Turn It All Around”, an anthem inspired by the centennial anniversary of women being able to vote nationally.

7:30pm: Metropolitan Opera: Verdi’s Simon Boccanegra The title ruler of Simon Boccanegra is one of the repertory’s most compelling characters, a 14th-century Doge of Genoa, beset on all sides, juggling political adversaries bent on murder with his love for his long-lost daughter Amelia. In addition to Boccanegra’s searing internal conflict between public duty and private grief, the story offers cloak-and-dagger intrigue, passionate young love, and noble sacrifice—set to an unfailingly dramatic, enveloping score that only Verdi could have created. Kiri Te Kanawa, Plácido Domingo, Vladimir Chernov and Robert Lloyd. Giancarlo Del Monaco’s lavish production transports the audience to 14th-century Genoa. James Levine conducts.

7:30pm: Theater Breaking Through Barriers: What If You Read My Plays b One of eight new plays from the festival entitled Voices from the Great Experiment, which will be presented on TBTBTheater’s YouTube channel every night at 7:30 through August 10. This one is by Jeff Tabnick. Directed by Richard Rose. Company: Alyssa M. Chase, David Harrell

7:30: Voices From the Great Experiment By Theater Breaking Through Barriers. Scheduled for August 3rd through 10th, on YouTube nightly at 7:30pm or Facebook at 8:15pm, via Zoom.

The program will include:

The Olympians
by Fareeda Ahmed and directed by Kristin Heckler will feature Shravan Amin, Samantha Debicki, and Paul Pryce

What If You Read My Plays
by Jeff Tabnick and directed by Richard M. Rose, featuring Alyssa M. Chase and David Harrell

7:30pm: The Moth: Play It Again, Slam! In this hour, stories from The Moth’s SLAM Showcase – a night of storytelling do-overs for tales from The Moth’s archives that needed slight tweaks or a second chance. Standing out or fading away, chance encounters, and the importance of food. This hour is hosted by Moth Senior Director Jenifer Hixson. The Moth Radio Hour is produced by The Moth and Jay Allison of Atlantic Public Media.

Gabby Shea wants to impress her boyfriend’s family with her macaroni and cheese.

Jon Novick reveals what his every day existence is like as a Little Person in New York City.

Annie Tan has trouble connecting with her father across a language barrier and physical distance.

Carl Banks draws upon his past to help a desperate young man on a bridge.

Anoush Froundijian is cast in a bit part in the Armenian version of Beauty and the Beast.

Wendy Paige encounters a racist classmate in her new school.

8pm: Playbill Social Selects: At This Theatre By Playbill. Take a virtual tour through the historical theaters of Times Square and beyond hosted by the owner of Broadway Up Close, Tim Dolan.

8pm: All Arts: In This Life Robbie Fairchild stars in a dark room, a man sees a video of himself dancing projected on a series of semi-transparent curtains. Slowly, he reaches out. He pulls back the first curtain and bunches it up, rippling his own image—yet the video continues on the curtain underneath.

In This Life, a dance film directed by Bat-Sheva Guez a piece ostensibly about grief. “I’m fascinated by the concept of dance having the ability to convey our humanity when words fail,” said Fairchild, “And what part of our humanity is more powerfully complex than loss?”

10pm: The Groundlings: The Crazy Uncle Joe Show A special ONLINE version of your favorite long-form improv show! Watch as The Groundlings Players begin with suggestions given by you, and then proceed to weave the stories together, traveling back and forth through time, playing different characters in many different situations. AND, they keep it up for an uncanny 60 minutes straight!