What To Watch December 12th To Take Away The Blues 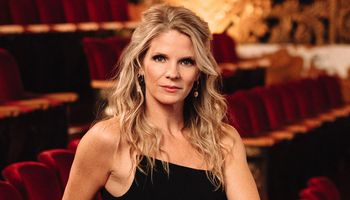 What To Watch December 12th To Take Away The Blues

4 a.m. 3 p.m. 9 p.m: Shoshana Bean: Sing Your Hallelujah Apollo Theater
$30. For the third year in a row, this time virtually, the Broadway star (Wicked, Waitress) and recording artist returns to the Harlem venue for a holiday concert, along with Gavin Creel, Jeremy Jordan, Shayna Steele and Daniel J. Watts, and others.

Ham: A Musical Memoir Sam Harris’s sensitive and prodigiously talented boy survives the Bible Belt through talent and moxie, which lead to fame and fortune, but when the rocky road of desperately seeking acceptance finally reaches a dead end, he is forced to confront the internal demons that haunt him.https://www.youtube.com/embed/QfeRpYTWpVY

2 and 7pm: Pen/man/ship Moliere in the Park. Co-Presented by French Institute Alliance Française (FIAF), the Moliere theater’s first new, non-Moliere play, by Christina Anderson, takes place just after the Supreme Court has upheld the Separate but Equal Doctrine in 1896, when a Black American surveyor boards a ship to lead a mysterious expedition bound for Liberia.

3pm: Coffeehouse Chronicles Revisited: Sam Shepard By La Mama Originally presented on October 7, 2017, La MaMa will live stream Coffeehouse Chronicles #143 to honor the life and work of Sam Shepard featuring panelists, live performances and archival materials related to the legendary playwright and performer. Presented in the Ellen Stewart Theatre, audiences can now watch from the safety of their homes anywhere in the world.

6pm: Breathe Philicia Saunders wrote and stars in this one-woman live theater show portraying 20 characters, based on the life-changing personal journey towards activism after a chance trip to a Civil Rights monument during a tour in Alabama

7:30pm: Weill’s Rise and Fall of the City of Mahagonny Kurt Weill and Bertolt Brecht fashion a cynical tale of an imaginary yet plausible boom town peopled by fortune seekers, prostitutes, and shady businessmen (and women) where absolutely anything goes—except having no moneStarring Teresa Stratas, Astrid Varnay, Richard Cassilly, and Cornell MacNeil, conducted by James Levine. Originally broadcast November 27, 1979.

8pm: An Evening With Kelli O’Hara O’Hara’s next concert, presented by the University of Connecticut, will look quite different from the Tony winner’s typical fare.

With most performances venues worldwide shuttered in the wake of a global pandemic, An Evening With Kelli O’Hara will stream online using the platform OurConcerts.live, and O’Hara will be performing without a live audience.

O’Hara will infuse that deepened art into the set list for her upcoming streaming concert, which includes songs from some of her stage performances, holiday classics, and even some tunes that have taken on new resonance for the performer during the pandemic—O’Hara pointed to “Both Sides Now,” “Take Me to the World,” and “Tomorrow” as songs that have been on her mind more lately, along with the Christmas standard “O Holy Night.”

In collaboration with Tony- and Emmy-nominated writer/director Stephen Belber, TheSharedScreen recontextualized and adapted TAPEfrom three players in a motel room to three players in a Zoom call. A woman and two men (a high school love triangle) are forced to confront accusations and denials of rape. The production raises profound questions about coercion, consent, manipulation, and trut

10pm: Simple Gifts By TheatreWorks TheatreWorks Silicon Valley will ring in the holiday season with Simple Gifts, a joyful, multicultural celebration of beloved holiday songs and traditions from many diverse backgrounds.

To accompany Simple Gifts, TheatreWorks will spotlight local organizations that give back to their communities throughout the year.