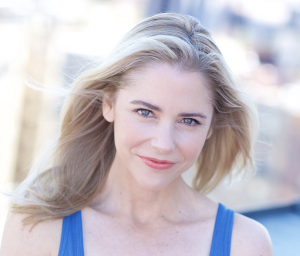 5pm sound check and 8pm concert: Kerry Butler & Seth Rudetsky Kerry most recently played Barbara in Beetlejuice on Broadway. Previously she was nominated for an Outer Critics Award playing three characters in Mean Girls. She was nominated for a Tony Award for Best Actress in a Musical for Xanadu. Other Broadway credits include Belle in Beauty and the Beast (Dora nomination), Disaster!, Catch Me If You Can, (Drama Desk nomination) Sherrie in Rock of Ages, Audrey in Little Shop of Horrors, (Outer Critics nomination). Kerry won the Clarence Derwent Award as Penny Pingleton in the original cast of Hairspray, Eponine in Les Miserable, Blood Brothers, and The Best Man. On television she has appeared on 30 Rock, The Mindy Project, Rescue Me, Law and Order, Elementary, Mysteries of Laura, White Collar, Blue Bloods, One Life to Live, and The Gilmore Girls reunion for Netflix. She can be seen in the film The Miseducation of Cameron Post. Her album “Faith Trust and Pixie Dust” is available on iTunes.

6pm: Portia de Rossi and Cast of ABC’s Better Off Ted Reunite for Virtual Reading By Play-PerView who brings together the cast of the cult comedy series Better Off Ted for a Zoom reunion to read the Season 1 episode “Jabberwocky,” followed by Q&A. The cast of the 2009 series includes Jay Harrington, Portia de Rossi, Andrea Anders, Malcolm Barrett, and Jonathan Slavin.

7:30: Verdi’s Falstaff Verdi finished his sublime final opera when he was almost 80 years old, capping a fruitful career with a bawdy adaptation of scenes from Shakespeare’s The Merry Wives of Windsor and Henry IV. His classic operatic farce charts a knight’s gold-digging efforts to seduce two married women, leading to belly-flopping failure on both counts. The score, meanwhile, is a complete tour de force, demonstrating the old master’s still-youthful panache, as well as his profound insight into human nature.