What To Watch December 8th To Take Away The Blues 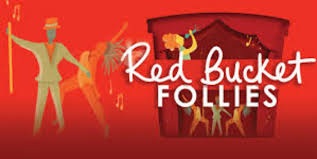 What To Watch December 8th To Take Away The Blues

12pm: Theater of War for Frontline: Montefiore Medical Workers A reading of Sophocles’ Philoctetes and Women of Trachis to create a vocabulary for discussing themes such as personal risk, death/dying, grief, deviation from standards of care, etc.

2pm: As Is Manhattan Theatre Club This play by Stacey Rose that’s part of the MTC Fall reading series tells the story of four Big Beautiful Black Women living the everyday struggle of trying to lose a few pounds and navigating their Big Black Womeness in the confined spaces of their lives.

7pm: Breathe Repeated through Dec 18th. Phylicia Saunders’ one-woman live theater show portraying 20 characters is based on her life-changing personal journey towards activism after a chance trip to a Civil Rights monument.

7:30pm John Adams’s Doctor Atomic An operatic exploration of a pivotal moment in human history, Doctor Atomic examines the birth of the nuclear age through the eyes of one of its most important midwives, Robert Oppenheimer. The brilliant physicist and the awesome and terrible power he and his fellow scientists unleashed upon the world receive a nuanced portrayal in John Adams’s 2005 opera, which hauntingly depicts the first atomic bomb test at the Los Alamos Laboratory in New Mexico and the conflicted emotions of those who made it possible.

8pm: David and Julie are Stuck in a Tree etc. Playing on Air. The play by Mallory Jane Weiss actually has a much longer title, and is serving as a benefit for this reliable audio theater company, featuring a starry cast led by Danny DeVito and Lucy DeVito

8pm: Stars in the House: Red Bucket Follies Celebration By The Actors Fund

Suzanna BowlingJanuary 17, 2023
Read More
Scroll for more
Tap
Kris Kringle The Musical Streams in a Joyous Daily Song or Two Leading Up to the Big Day
Who Will Be Streaming the Fame Searching Crossover, A New Pop Musical?