What to Watch in The New Year: February 12 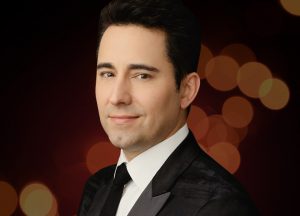 What to Watch in The New Year: February 12

The Drama League launches The Essentials, an expanded series of workshops and seminars developed to explore best practices and changing realities for stage directors and theater makers, offering vital tools for artists to succeed.

5pm: Virtual Halston: Cady Huffman & Brad Oscar Broadway actress/comedienne Julie Halston is coming to a laptop near you! After ranting and raving on stages and cocktail parties, the comedy queen continues her Virtual Halston series, a weekly hourlong gab-fest spotlighting her famous friends.

7pm: A Very Menasa Valentine’s Ars Nova available for 21 hours
$10. New plays about dating in the time of COVID by Ida Esmaeili, Ryan J. Haddad, Vishaal Reddy and Nandita Shenoy, four writers from the Middle East, North Africa, and South Asia region (that’s what Menasa means) The host is “everyone’s favorite cocktail artist, Sherz Aletaha.” (the website includes the ingredients you’ll need for the cocktail that will be mixed during the show.)

7:30: Philip Glass’s Akhnaten Philip Glass’s mesmerizing masterpiece of ancient Egypt—in an ingenious production by Phelim McDermott that incorporates a virtuosic troupe of jugglers and acrobats—is unlike anything else ever seen on the Met stage and proved a sold-out sensation in its company premiere last season. A portrait of the revolutionary title pharaoh, whose attempt to convert his society to the monotheistic worship of the sun leads to his overthrow, Glass’s opera takes a ritualistic approach to depicting the events, hypnotizing the listener with its repetitive yet immersive music. A highlight of the 2019–20 season, this mesmerizing Live in HD transmission features rising-star mezzo-soprano J’Nai Bridges as Akhnaten’s regal queen, Nefertiti, the role of her Met debut.

8pm: Broadway Murder Mysteries: Play The Part Or Be A Detective! Join your host Brandon Hicks, with a special virtual appearance from Broadway’s Betsy Struxness (Hamilton, Matilda) on a virtual night of murder mystery fun where you can: Be A Character in the Murder Mystery and Act “On-Stage” or Be A Detective and remain “Off-Screen” while watching the comedy at play and helping solve the crime!  The evening finishes with awards and an evening you won’t soon forget!

8pm: Yorick, La Historia de Hamlet Redcat through Feb 14
A one-man puppet play by Francisco Reyes tells “Hamlet” from the point of view of that person who exists only as a skull in the original. In Spanish with English subtitles.

9pm: John Lloyd Young’s Vegas Valentine Following the success of three previous live stream concerts from The Space in Las Vegas, Tony and Grammy–winner John Lloyd Young returns an intimate and unforgettable evening of romantic classics and beloved Jersey Boys favorites that offer an up-close and personal experience to be enjoyed with family and friends safely from home.

The 75 minute live streamed pay-per-view concert will be available on demand for one week following the live event.

Before Fiddler Town Hall through February 14 $55
Hershey Felder, who’s made a career of one-man shows about (usually musical) geniuses here presents the story of the Yiddish writer Sholem Aleichem, whose stories became the basis of Fiddler on the Roof (which, just to be clear, was created a half century after Aleichem’s death.) Live from Florence (with some footage from the Florence synagogue), Felder employs a klezmer quartet that call themselves Klezmerata Fiorentina. A benefit for theaters throughout the U.S.