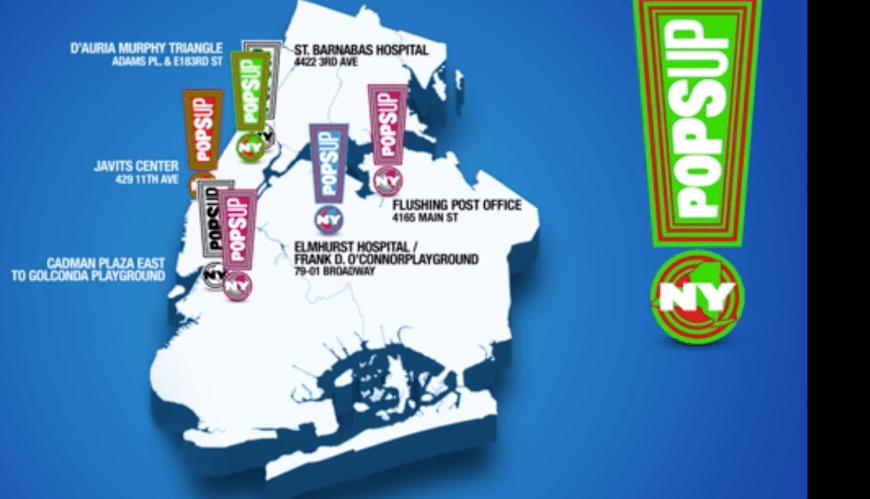 The New York Pops Up Festival is scheduled to begin today, the first of what the governor has promised to be a thousand in-person performances throughout the state from now through June. Today is free, but intended “for health care workers.”

“Throughout the day, the performers will travel around New York City, meeting audiences at various locations throughout all five boroughs in courtyards, workplaces, parks, and street corners, at the footsteps of locations such as, Flushing Post Office, Elmhurst Hospital, and St. Barnabas Hospital. Saturday will conclude with one of Jon Batiste’s signature Love Riots beginning at Walt Whitman Park and ending at Golconda Playground in Brooklyn.”

7pm: The Meeting New Federal Theatre repeated Sunday and Monday
A 1987 American play by Jeff Stetson about an imaginary meeting between Martin Luther King Jr. and Malcolm X in 1965 in a hotel in Harlem during the height of the Civil Rights Movement. (The play was later televised on American Playhouse.)

7:30: Bizet’s Carmen Even people who have never set foot in an opera house know the music of Carmen, Bizet’s iconic tale of the irresistible and free-spirited Gypsy, whose fatal attraction with the jealous soldier Don José burns too hot for them to control. The heart-pounding action and parade of energetic, toe-tapping melodies make the acts fly by and ensure that the work stays with you long after the curtain comes down.

8pm: Processing… Theatre East announces another world premiere, Processing…, a play centered around four NYC high school seniors whose lives have been upended by the lockdown and sudden death of a beloved computer science teacher. Until the 27.

For Which It Stands New York Theatre Workshop through February 22
In this play by Lee Edward Colston II, Ebony Hemmings sews American flags in the “Liberty Unit” of Lehigh Penitentiary near the end of her eight year sentence, when the woman she loves joins a worker’s strike against unfair and inhumane treatment

Far Away Quantum Theater through March 7 $10 to $50 Caryl Churchill’s surreal portrait of a descent into a hyper-partisan future https://www.youtube.com/embed/QC0QSvIKJE8

Stephen SorokoffAugust 8, 2022
Read More
Scroll for more
Tap
A Few Words About The Lottery From Nigeria
Get Ready For House Of Waters