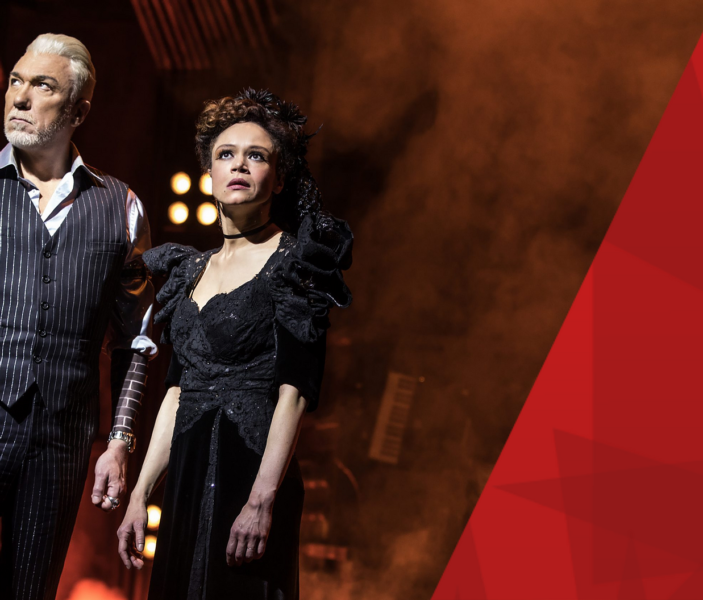 Freedom Riders: The Civil Rights Musical New York Theatre Barn
Excerpts of the new musical by Richard Allen and Taran Gray about the group of civil rights activists, including future Congressman John Lewis, who rode interstate buses in mixed racial groups through the South challenging segregation. The hour-long presentation will include a conversation with the creative team.

7:30pm: Tchaikovsky’s Eugene Onegin Tchaikovsky’s masterpiece exemplifies the dramatic sweep, complex characterization, and insight into human nature that define great Russian literature and music. The story comes from Pushkin and provides one of opera’s most compelling heroines: Tatiana, an intelligent but naive adolescent girl who is first rejected by an older, more worldly man, then blossoms into an elegant, rich, aristocratic woman and returns the favor when the two meet again. The score is a chiaroscuro tour-de-force, sensitively capturing the many shades of the characters’ turbulent, conflicted emotions.

8pm: The Broadway Cast Reunion Series: Hadestown A new live online series, giving audiences an opportunity to get close to Broadway during this unprecedented moratorium on in-person, live entertainment.

The series offers online Broadway cast reunions of many major musicals unable to tour this season, providing audiences the chance to stay connected to some of their favorite performers in a unique way.

8pm: Broadway Bar Crawl By Playbill Since Broadway began, theatre and food have always been intertwined. Clustered in and among our Broadway theaters are theatrical watering holes where deals are made over drinks, actors convene, and theatregoers dine.

From gentleman-only theatre restaurants of the 1880s to the Lobster Palaces of the early 1900s to our beloved locations of today: “Green Team” Owner Tim will virtually explore the quirky, fascinating histories of some of Broadway’s most famous eateries through rarely seen photographs and stories. Fill your glass or two with your fav, sit back, and join us for our first-ever Broadway Bar Crawl!

8pm: Ensemble Night Labyrinth Theater Six short plays about everything from a beloved elephant at the Bronx Zoo affected by the lockdown to a woman whose only company are the Four Horsemen of the Apocalypse,

Processing… Theatre East announces another world premiere, Processing…, a play centered around four NYC high school seniors whose lives have been upended by the lockdown and sudden death of a beloved computer science teacher. Until the 27.