What to Watch in The New Year: February 3 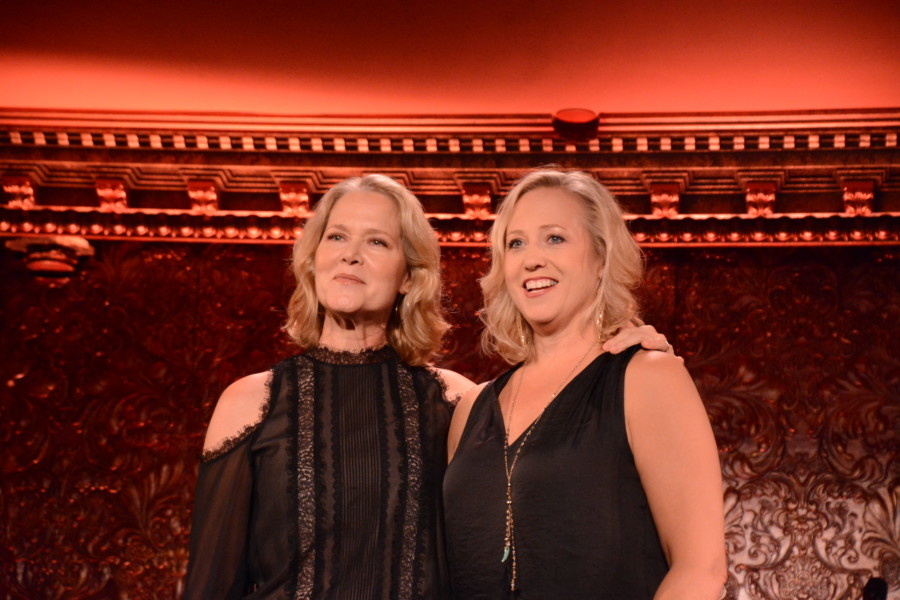 What to Watch in The New Year: February 3

3pm: Love, Noel Theatre@Home Winter Festival at Irish Rep. Based on Noel Coward’s songs, stories and personal letters, Steve Ross and KT Sullivan transform into some of the many characters that made up Coward’s unique life…Gertrude Lawrence, Marlene Dietrich, Greta Garbo, Elaine Stritch, Lynn Fontanne, Virginia Woolf, Edna Ferber, the Queen Mother, and of course Noël Coward himself. This performance is captioned.

Meet Me in St. Louis, with a book by Hugh Wheeler and songs by Hugh Martin and Ralph Blane, concerns the Smith family as they grapple with life changes and new love in a bustling St. Louis on the brink of the 1904 World’s Fair.

This new digital production is an abridged version of the 1989 Broadway musical, based on the 1944 film of the same name starring Judy Garland. Irish Repertory last presented the show in 2007.

Meet Me in St. Louis will also have musical direction by John Bell, orchestrations by Josh Clayton, scenic design by Charlie Corcoran, video editing by Meridith Sommers, sound design and mix by M. Florian Staab, and lighting design by Michael Gottlieb. Tracy Christensen is the costume consultant, Pamela Brusoski and Rebecca C. Monroe are the production managers, and Simon Patrick Geaney is the production assistant.

7pm: What Do They Call Us Ars Nova. An evening of stories and rituals featuring musicians, poets and dancers coming together to honor & celebrate Black Trans Legacy.

7pm: The Lesson and Nothing to See Here New York Theater Barn
Excerpts from two new musicals: 1. A chance encounter between Beethoven and Mozart is reimagined “in a new, fun, queer, political space.” 2. The 1925 Scopes Monkey Trial” in Dayton, Tennessee, which put evolution on trial. Unlike the well-known play about the event, “Inherit the Wind,” this new musical focuses on Frank Robinson, the man who built the trial as a publicity stunt for his town, and his wife May, as well as reporter H.L. Mencken

:30pm: Poulenc’s Dialogues of the Carmelites Since its premiere in 1957, Poulenc’s shattering drama about a group of Carmelite nuns during the French Reign of Terror has maintained its ability to shock: Its blunt final scene is about as intense and gripping as opera gets. But the opera is also disarmingly tender, with scenes of poignant intimacy and sweetness, and a sensitive score well suited to its almost entirely female cast. The composer’s deep-seated fascination with spiritual music enabled him to craft an opera that brilliantly conveys the power of faith and loyalty, even during one of history’s darkest moments. This historic 1987 telecast of the opera, featured as a Nightly Opera Stream for the first time, features notable performances from Maria Ewing as Blanche de la Force, Jessye Norman as Madame Lidoine, and Florence Quivar as Mother Marie.

8pm: Stars in the House All The Girls – Celebrating Rebecca Luker and Sally Wilfert’s CD with Sally Wilfert, Joseph Thalken and George Dvorsky