What to Watch in The New Year: February 4 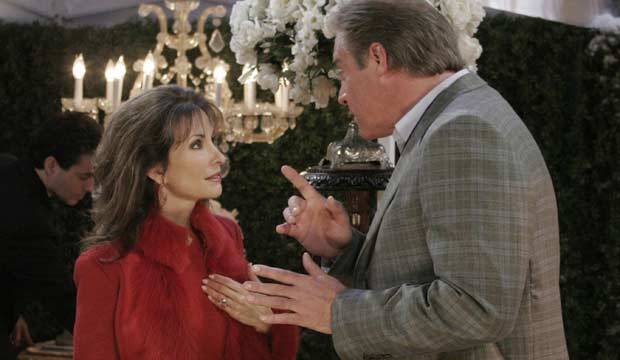 What to Watch in The New Year: February 4

7pm: BPN Live: My Broadway Memory with Marti Gould Cummings & Blake Allen By Broadway Podcast Network. My Broadway Memory, a live, visual comedy podcast in its second season — a celebration of memorable experiences at the theatre with Broadway’s biggest names. During each episode, a guest will choose a Playbill from their collection at random and take a trip down memory lane. In addition to discussing the actual show, Michael, Remy, and guests will discuss other memories, folklore, specific performances, and geek out over Broadway — plus, you might even catch a performance or two.

Michael and Remy are calling out to theatre fans everywhere to join in on the fun by creating their own My Broadway Memory videos and sharing them to Instagram or Facebook. Be sure to tag @MyBroadwayMemory and use the hashtag #MyBroadwayMemory​​ to have a chance at being featured on the Broadway Podcast Network site.

7:30pm: Rossini’s La Cenerentola A timeless tale told in a florid bel canto style, Rossini’s take on the Cinderella story offers an ideal propellant for a virtuosic mezzo-soprano to rocket from rags to riches. But in this retelling, the rest of the cast soars just as high: Cinderella’s Prince—sung brilliantly by tenor Lawrence Brownlee in his first of three Live in HD transmissions so far—is given memorable arias, as are Cinderella’s stepfather and the Prince’s valet, and the composer rounds out his score with ingenious ensemble flourishes. A vivacious masterpiece, La Cenerentola brings stock fairy-tale characters to dazzling life.

8pm: Open Play Rattlestick A monthly series  with hosts Troy Anthony and Ngozi Anyanwu that offers artists of any discipline a chance to share five minutes of their work live.