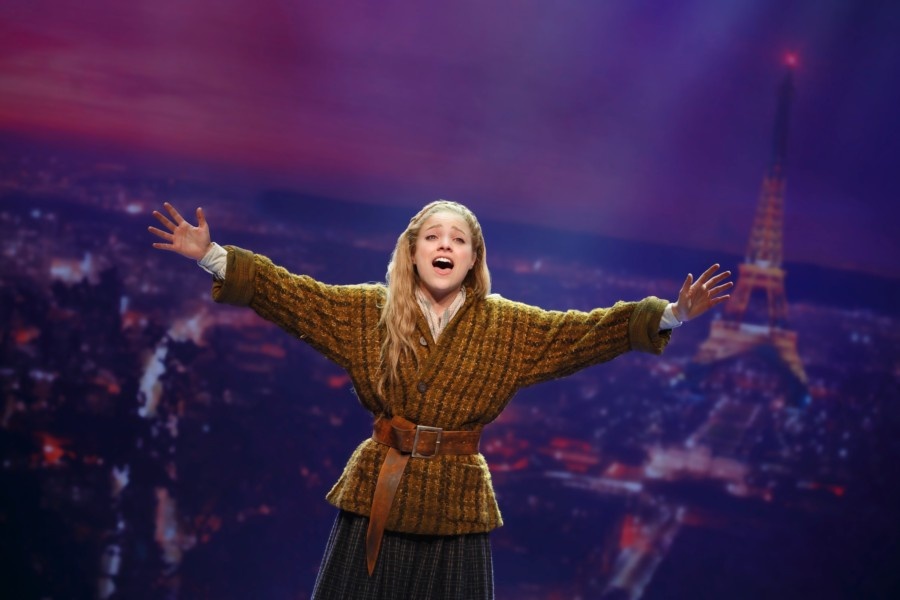 12pm soundcheck and 3pm concert: Christy Altomare originated the role of Anya in the Broadway production of Anastasia for which she received the Theatre World Award and was nominated for an Outer Critics Award and a Drama Desk Award for lead actress in a musical. She made her Broadway debut playing the role of Sophie Sheridan in Mamma Mia!. Off-Broadway, Christy portrayed the role of Sue Snell in MCC’s revival of Carrie the Musical. Christy can be heard in the cast recordings of both Anastasia and Carrie. She toured the country in the first national tour of Spring Awakening, playing the role of Wendla Bergman. Regional credits include Jerusha Abbott in John Caird and Paul Gordon’s production of Daddy Long Legs, Guinevere in Camelot at Drury Lane in Chicago, and most recently, Nellie Forbush in South Pacific at the Aspen Music festival. Christy is a graduate of the Cincinnati College Conservatory of Music. Along with her passion for musical theater, she is a songwriter/ recording artist, currently working on a number of projects and completing a new album of original music called Wandering Bird.

3pm: Today Is My Birthday By Theater Mu A comedy about loneliness in the age of connection written by Susan Soon He Stanton and directed by Lily Tung Crystal.

7pm: While I Yet Live By Play-PerView The original Off-Broadway cast of Billy Porter’s While I Yet Live, including Tony winner Lillias White and Emmy winner S. Epatha Merkerson, will reunite in a digital reading February 6. Also returning are cast members Elain Graham, Sheria Irving, Kevyn Morrow, Larry Powell, and Sharon Washington, along with director Sheryl Kaller.

Following its initial presentation, the production will be available on-demand through February 10, with proceeds going to the Actors Fund COVID-19 Emergency Relief Fund.

While I Yet Live debuted at the Duke on 42nd Street as a Primary Stages production in 2014. Porter’s semi-autobiographical play follows a young man in Pittsburgh comes of age among a bevy of fascinating and strong-willed women.

7pm: Belfast Blues Theatre@behindthelensome Winter Festival at Irish Rep A captioned performance. Autobiographical stories written and performed by Geraldine Hughes are rooted in her perspective as a little girl coming of age in the war-torn Belfast of the 1980s.

7:30pm: Puccini’s Tosca In her only Met telecast appearance, the great Shirley Verrett, who triumphed in both soprano and mezzo-soprano roles with the company, stars as opera’s ultimate diva. Puccini’s lurid potboiler stirs together some of humanity’s strongest motivating forces—love and loyalty, fear and cruelty—to create an operatic thriller that sinks its teeth into the listener with the opening chords and never lets go. Taking place in Rome in 1800, the story concerns a fiery yet devoted singer, the painter/revolutionary she loves, and a sadistic police chief determined to crush political rebellion and claim Tosca for himself. All three are among opera’s most indelible characters.