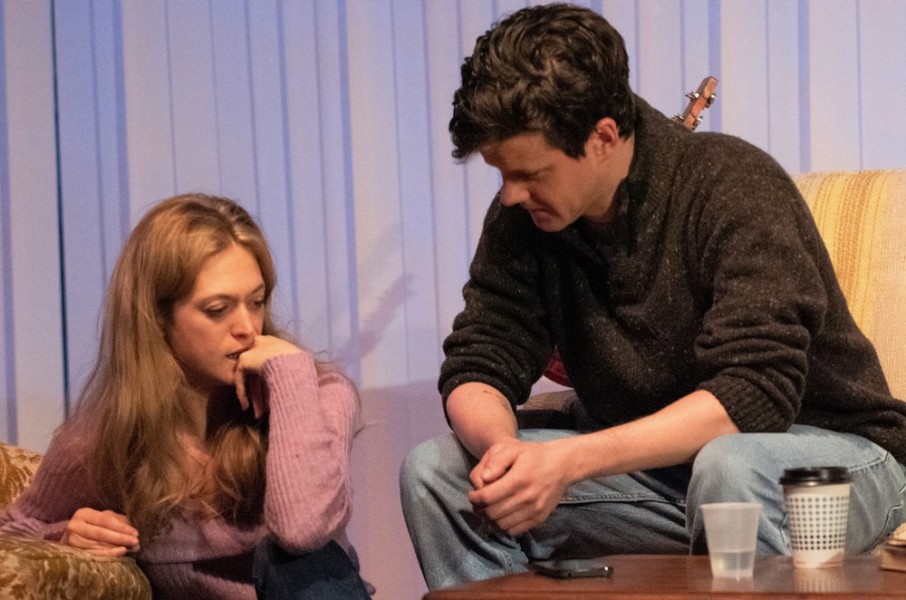 Ordinary Days features a unique concept and design that brings theatre and film together in a new multimedia hybrid conceived by director Dave Solomon and Emmy-winner Jason Ardizzone-West.

Set in New York City, this musical follows four characters whose ordinary lives end up connecting in the most unexpected ways. Working in partnership with composer/lyricist Adam Gwon, this show will be digitally produced with two casts, further developing the work for a new digital life.

In the episode, Niemietz will perform “You’ve Got a Friend,” which is a soothing balm for the current times we find ourselves in. She will also talk about how challenging the last year has been for artists, especially those who thrive on the energy of live performances.

3pm: Transatlantic Tales (Origin 1st Irish Theatre Festival) A series of eight original plays written to be performed live on Zoom, each pairing actors in Ireland and the United States, were recorded this summer.  Featuring many familiar faces on either side of the Atlantic the project made fast friends across an ocean and provided striking evidence of both the cultural connections and disconnects that have always characterized Irish-American relations.

5pm: Virtual Halston: John Pizzarelli & Jessica Molaskey Broadway actress/comedienne Julie Halston is coming to a laptop near you! After ranting and raving on stages and cocktail parties, the comedy queen continues her Virtual Halston series, a weekly hourlong gab-fest spotlighting her famous friends.

7:30: BPN Live: Celebrating the launch of Now We’re Talking with Drew Gasparini + The (M)orons By Broadway Podcast Network Join Drew Gasparini and the loveable (M)orons crew (Broadway’s Alex Brightman, Andrew Kober, and F. Michael Haynie) for a virtual, live event as they toast to commemorate the launch of Broadway Podcast Network’s newest addition, NOW WE’RE TALKING with Drew Gasparini. Tune in for a fun, silly time.  After all, isn’t silliness something we could use a little more of these days?

Broadway composer Drew Gasparini has a lot of friends in show business. Sure, he knows what their resumes look like, and what their professional accolades are, but other than that, he doesn’t know shit about them. “Now We’re Talking with Drew Gasparini” is a new podcast where Drew tricks his more famous friends into having an unscripted, unstructured, and slightly unhinged discussion about things you can’t find about them on google. There will be a new episode every week with a new amazing guest from the worlds of Broadway, TV, Film and beyond. (twitter/IG: @DrewGasparini || tiktok: @theDrewGasparini).

Visit bpn.fm/NWT & subscribe to NOW WE’RE TALKING wherever you stream your podcasts!

The (M)orons is an American comedy and musical group consisting of Broadway performers and writers Drew Gasparini (Gaspo), F. Michael Haynie (F.), Andrew Kober (Andrew Rebecca Kober), and Tony Award nominee Alex Brightman (Brighty). The group has performed in various venues throughout New York City, including 54 Below and The Slipper Room. Most of their songs are written by Gasparini, and the group often collaborates with other stage performers in New York.

7:30pm: Strauss’s Capriccio Subtitled “a conversation piece for music,” Strauss’s final opera is a philosophical drawing-room dramedy about a French countess torn between the elemental forces of music and verse—exuberantly personified by a composer and a poet who jockey for her affection. A burlesque cast of theater types round out the story, which concludes with an elegant final monologue for the leading lady that neatly puts all the artistic negotiation to rest.

the motown project Under the Radar. Alicia Hall Moran’s musical meditation on the Motown songbook –

A Planet A Lament Prototype Festival at HERE Available through January 16. Nugroho’s brand new staged Song Cycle, The Planet – A Lament, merges film with live dance and a 14-voice choir accompanied by Papuan Soloist to impart a moving story of creation set against the backdrop of environmental disaster.

The Murder of Halit Yozgat Prototype Festival at HERE
noon. Available through January 16 The real-life 2006 slaying of a 21-year-old immigrant in Germany.

Borders & Crossings Under the Radar streaming through January 10
A solo show by poet and performer Inua Ellams, who was born to a Muslim father and a Christian mother against a backdrop of sectarian violence in Nigeria, left for England in 1996 aged 12, moved to Ireland for three years, before returning to London.