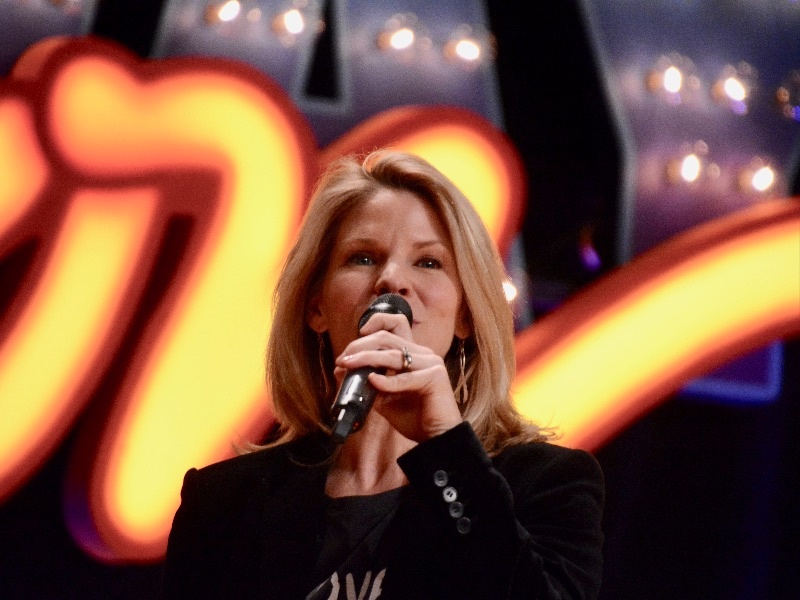 Ordinary Days features a unique concept and design that brings theatre and film together in a new multimedia hybrid conceived by director Dave Solomon and Emmy-winner Jason Ardizzone-West.

Set in New York City, this musical follows four characters whose ordinary lives end up connecting in the most unexpected ways. Working in partnership with composer/lyricist Adam Gwon, this show will be digitally produced with two casts, further developing the work for a new digital life.

4pm: Freestyle Love Supreme Academy: Hip Hop Homeroom: History Rhymes & So Do Dreams FLS Academy presents a series of weekend workshops for ages 7-17 years old combining a variety of lessons with hip hop music, improv, teamwork, and creative assignments. The first winter weekend workshop in January, “History Rhymes and So Do Dreams,” is a fun, creative way to supplement a child’s education and offer civil rights lessons with a beat.

Click here to sign up. Fee is $100 (FLS Academy scholarships and financial assistance programs are available by emailing academyad@freestylelovesupreme.com).

5pm soundcheck and 8pm concert: Kelli O’Hara  starred most recently in the Broadway revival of Kiss Me Kate, for which she was nominated for a Tony Award. On Broadway, Kelli’s portrayal of Anna Leonowens in the critically acclaimed revival of The King and I garnered her the 2015 Tony Award for Best Leading Actress in a Musical, along with Grammy, Drama League and Outer Critics nominations. She then reprised her Tony Winning role while making her West End debut for which The Times hailed her as “Broadway musical’s undisputed queen” adding “Kelli O’Hara does not just play Anna, she owns the part”. Other Broadway credits include The Bridges of Madison County (Tony, Drama Desk, Drama League, Outer Critics Circle nominations), Nice Work If You Can Get It (Tony, Drama Desk, Drama League, Outer Critics Circle nominations), South Pacific (Tony, Drama Desk, Outer Critics Circle nominations), The Pajama Game (Tony, Drama Desk, Outer Critics Circle nominations), The Light in the Piazza (Tony & Drama Desk nominations), Sweet Smell of Success, Follies, Dracula, and Jekyll & Hyde. Regional/Off Broadway credits include Far From Heaven (Playwrights Horizons and WTF), King Lear (Public Theater), Bells Are Ringing (City Center Encores), Sunday in the Park with George (Reprise), and My Life With Albertine (Playwright’s Horizons). Kelli received a 2018 Webby nomination for her role in the hit web-series thriller The Accidental Wolf and appears in the second season of Netflix’s series 13 Reasons Why. Other film and television credits include Sex & The City 2, Martin Scorsese’s The Key to Reserva, Showtime’s Master of Sex, CBS All Access’s The Good Fight, Blue Bloods, Alexander Hamilton, N3mbers, and the animated series Car Talk. In 2015, Kelli made her Metropolitan Opera debut in The Merry Widow. She returned to the opera this past spring as Despina in Così fan tutte. Her concerts have gained international acclaim, spanning from New York’s Carnegie Hall all the way to Tokyo. She is a frequent performer on PBS’s live telecasts and the Kennedy Center Honors. Along with two Grammy Award nominations, her solo albums, Always and Wonder in the World are available on Ghostlight Records. Kelly recently received her first Emmy Award nomination for Outstanding Actress In A Short Form Comedy of Drama Series for her portrayal of Katie Bonner in the hit web series The Accidental Wolf.

A response to the national crisis on systemic racism, four playwrights of color have written 10-minute mini plays on racism. This short play festival, a first in a series, will feature a range of subjects, perspectives and content within BIPOC realities, which explore the current and ongoing political and social climate around all forms of racism.

Each series will be followed by a Town Hall style talk-back to foster conversation about equality and also create a more inclusive American Theatre.

7:30pm: Dvořák’s Rusalka A cornerstone of Czech opera, Dvořák’s dark and melodious take on the old Slavic yarn about a water nymph who falls in love with a human entered the repertoire in 1901. In recent decades, it has become a staple for lyric sopranos, who relish the title role’s spellbinding Song to the Moon in the first act—although the greatest challenge might be the nymph’s silent second act, after the love-struck Rusalka trades her voice to a scenery-chewing witch for the chance to become human.