What to Watch in The New Year: Jan 30 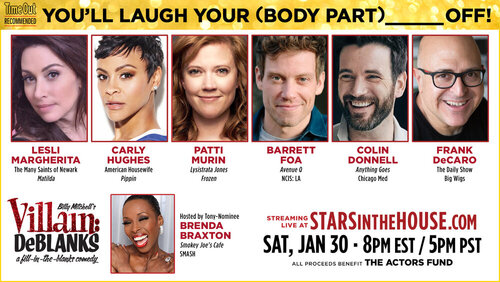 What to Watch in The New Year: Jan 30

9am: La MaMa Umbria: WEATHER# By La Mama Weather is one of the last works composed by American writer, composer, and director Elizabeth Swados on the text of Filippo Consales. The goal of this “dramatic oratorio,” as Swados defined it, is to use music and theater as tools to raise public awareness on urgent issues related to climate change.

With sounds and rhythms that mix the atmospheres of western music and world music, the composition collects a great variety of stories, scientific descriptions, newscasts and mythological narrations that tell of storms, destructions, rebirth and beauty. This kaleidoscopic vision is a kind of hymn to the force of nature and at the same time a warning that wants to encourage people to reflect on the environmental emergencies that our planet is facing. An alternation of instrumental parts and songs invoke different stories and environments, independent of each other.

The audience will be able to watch WEATHER# in an online 360° space, composed of 12 rooms, like the months of the year, each including one song with the related video, animations and a series of references that help contextualize the topic of the songs. Navigating through the online space and interacting with the different visual and musical contents of the opera, the audience will have the chance to uncover the stories as well as the scientific or cultural references behind those stories.

3pm: Give Me Your Hand Theatre@Home Winter Festival at Irish Rep.
A poetical stroll through The National Gallery of London with poems by Paul Durcan, starring Dermot Crowley & Dearbhla Mollo

7pm: Death and Mourning After By La Mama Part of Reflections of Native Voices Festival

Timothy White Eagle in collaboration with cellist Lori Goldston will present a work in development titled Death and Mourning After. The duo will be presenting an improvised performance based on the themes, rituals and mythologies surrounding death.

During the time of COVID, White Eagle has been locked down and considering death rituals, early spiritual expression, first mythologies and humanities search for answers which lay out of reach, beyond the veil of death.

Filmed in an empty theater at On the Boards in Seattle, Washington, this work in progress is an exploration of themes central of a major upcoming working from White Eagle.

7pm: The Black Queen Screen Tests, Act 3 By The Tank Created by Jerome A Parker. An ALL-BLACK, virtual, workshop production of “The Black Queens, or House of Dinah” built to elevate the theatricality and explore the “live.” On November 20th, 2020 – after a series of in-house workshops – the Tank hosted a live stream of our experiments. But most importantly, this endeavor was created and entirely run by a 20+ team of BLACK creative artists, artisans and technicians.

Suzanna BowlingAugust 16, 2022
Read More
Scroll for more
Tap
Cicely Tyson Is On Her Way To Bountiful
Theatre News: The Tonys, Tickets Get New Kid on The Block, Licensing Plays, The Jimmy Awards and Women on Broadway