What to Watch in The New Year: Jan 7 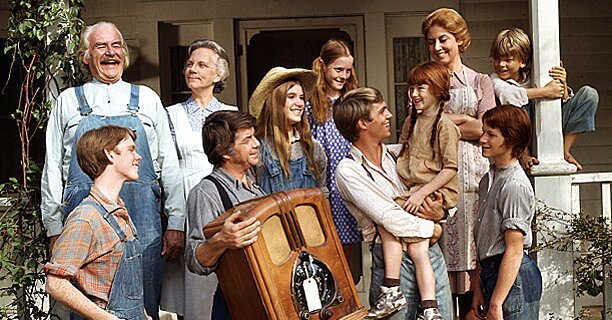 What to Watch in The New Year: Jan 7

5pm: Borders & Crossings Under the Radar streaming through January 10
A solo show by poet and performer Inua Ellams, who was born to a Muslim father and a Christian mother against a backdrop of sectarian violence in Nigeria, left for England in 1996 aged 12, moved to Ireland for three years, before returning to London.

6:30pm: Rich Kids: A History of Shopping Malls in Tehran Under the Radar streaming on selective dates through January 17 A darkly comedic play about entitlement, consumption and digital technology, that explores the ubiquitous feeling that our societies are falling apart. The 60-minute show written by Javaad Alipoor. combines digital theater with a live Instagram feed

7pm: Capsule Under the Radar streaming through January 17
A kaleidoscopic reflection on isolation and longing, about breaking apart and breaking free and the impossible nature of connection. Through original text and music, Whitney White and Peter Mark Kendall grapple with race, the medium of film, and being caught up in the maelstrom of 2020.

7pm: Espiritu Under the Radar streaming through January 17
A journey through diverse stories that happen during the night of an unknown city, that involve anonymous individuals marked by the spiritual crisis unleashed by the wild consumerism of the times and the lack of answers that transcend money. In Spanish with English subtitles, by the Chilean company Teatro Anónimo written and directed by Trinidad González

7pm: Incoming Under the Radar through January 17
A 30-minute video of eight digital shorts.

7:30pm: Bellini’s I Puritani Metropolitan Opera. A saga of star-crossed love and family drama set against the strife of the 17th-century English Civil War.

8pm: Kate Rockwell and More Star in Virtual Production of Neil LaBute’s Some Girls By The Actors Fund The Reading Series. tells the story of Guy, a man who is about to get married. Before the big day, he decides to visit his ex-girlfriends, all of whom he has mistreated. The production, which will benefit The Actors Fund, will take place on Thursday, January 7th at 8:00 pm. The production is free to watch, but a donation to The Actors Fund is suggested.

8:3pm: Disclaimer Under the Radar and various dates through January 17
In this live in-Zoom event written by Tara Ahmadinejad and created by Piehole , Chef Nargis invites you to her virtual cooking class, and if you both do your jobs just right, you’ll have more to look forward to than an aromatic dinner. Help prevent a perpetually impending war from the safety of your home

G. H. HARDINGAugust 3, 2022
Read More
Scroll for more
Tap
The Glorious Corner
The York Theatre Has Been Flooded and Needs Our Help