What to Watch in The New Year: March 14 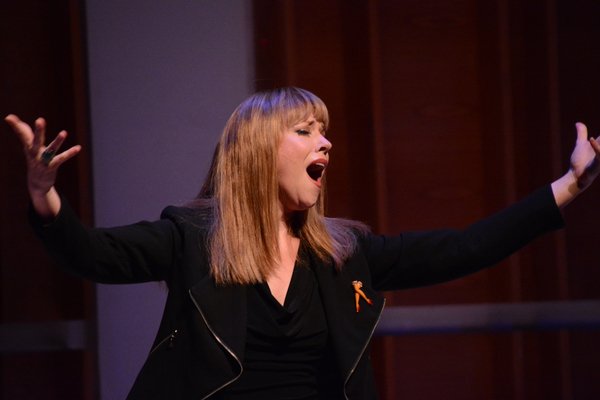 What to Watch in The New Year: March 14

12pm soundcheck with an 3pm and 8pm concert: Emily Skinner! starred most recently on Broadway in The Cher Show in 2019. Her starring roles on Broadway include Prince of Broadway, Billy Elliot, and her Tony Award nominated performance (along with Alice Ripley) as Daisy Hilton in Side Show. Emily’s original Broadway credits also include Jekyll & Hyde, James Joyce’s The Dead, The Full Monty, Dinner At Eight, and A Christmas Carol. She has starred in Into The Woods at Houston’s Theatre Under The Stars, Follies at The Repertory Theatre of St Louis, Stephen King & John Mellencamp’s musical The Ghost Brothers Of Darkland County at the Alliance Theatre, and was chosen by Dame Julie Andrews to star in the musical based on her children’s book The Great American Mousical, which premiered at Goodspeed. She has performed at Carnegie Hall with The New York Pops, and the New York debut of Jerry Springer The Opera. As a soloist, she guested with the Pittsburgh Symphony, Virginia Symphony, Dallas Symphony, and the Jerusalem Symphony Orchestra.

7:30pm: Puccini’s Tosca In his gripping potboiler, Puccini stirs together some of humanity’s strongest motivating forces—love and loyalty, fear and cruelty—to create an operatic thriller that sinks its teeth into the listener with the opening chords and never lets go. Taking place in Rome in 1800, the story concerns a fiery yet devoted diva, the painter/revolutionary that she loves, and a sadistic police chief determined to crush political rebellion and claim Tosca for himself. All three are among opera’s most indelible characters.

8pm: Stars in the House The Return of SNIB with Kristin Chenoweth, Andrew Lippa and surprise guests

8pm: Fly on the Wall Series: Invisible by Douglas Lyons By IAMAQueens Theatre. After the recent success of Douglas Lyons’ Chicken and Biscuits, which had just opened at Queens Theatre before the pandemic hit, QT is commissioning Lyons’ latest play, Invisible.

Invisible tells the story of lifelong best friends, Eemani and Jade, who decompress one afternoon over a good blunt. Unbeknownst to them the blunt is laced with much more than weed, spiraling the duo into a wild hallucination that allows them to confront the oppressors of the past, dead on.

The new play will be developed virtually throughout 2021 in partnership with IAMA Theatre Company and Savannah Repertory Theatre.

Treason the Musical Online West End stars Lucie Jones, Oliver Tompsett and more appear in this concert of Ricky Allan and Kieran Lynn’s musical Treason, which follows the Gunpowder Plot of 1605 in which Guy Fawkes and his anarchist supporters tried to blow up the U.K. Halls of Parliament. The concert was filmed at Cadogan Hall in London.https://www.youtube.com/embed/tUSY3MtAvSM?feature=oembed