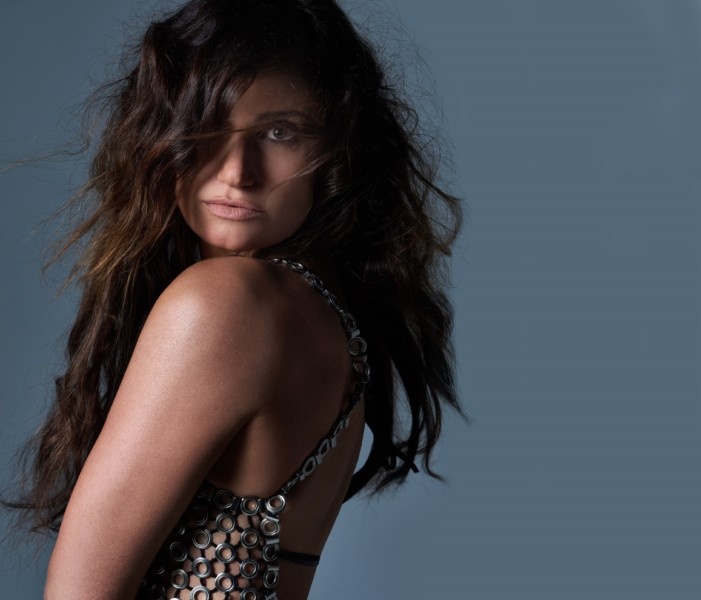 7pm: Molly Sweeney By Irish Repertory Theatre Molly Sweeney has lived in happy, capable and independent darkness since she was ten months old. When Frank, her restless, unemployed and enthusiastic husband, makes her blindness his latest cause, he recruits Mr. Rice, a once famous surgeon who, despite being half-drowned in Irish whiskey, agrees to attempt to restore Molly’s sight. When the bandages come off, Molly, Frank and Mr. Rice discover the differences between seeing and understanding as they face the terrible consequences of a medical miracle.

Reprising their roles from the acclaimed 2011 Irish Rep production are Geraldine Hughes (Rocky Balboa) as Molly Sweeney and Ciarán O’Reilly (Juno and the Paycock) as Frank Sweeney. Joining them will be Paul O’Brien (Six Degrees of Separation) as Mr. Rice.

7pm: Right Now! By The Tank Coming to you live (or perhaps not), from our isolation to yours, it’s…. RIGHT NOW!  What are we supposed to do while we’re stuck inside? What can we create from the insanity of this world? Is anything live anymore? Is time meaningless? Are we all trapped in one big endless Zoom call???

The answers to these questions may never become clear, but one thing is certain: It’s as good a time as any for an absurdist virtual variety show! Created by playwright/deviser Max Mondi and director/deviser Emerie Snyder, RIGHT NOW! appears across The Tank’s digital programming in 2021. The show’s segments embrace and play with new digital platforms—poking holes in them, stretching the fabric of their limitations, and exploring the surreal nature of our lives during this time of terrifying change and uncertainty. Each segment debuts as a prelude to one of the Tank’s currently running shows. Then, once a month, these RIGHT NOW! segments turn into a full-length live show, featuring additional sketches, and a wide array of theatre artists—comedians, musicians, dancers, designers, and more. Primary collaborators include: Adrian D. Cameron, media designer & technical director; Daisy Long, lighting consultant; Mx. Brian Lowdermilk, composer; and Celia Krefter, stage manager.

RIGHT NOW! offers some reprieve. Some recognition. Something deeply silly for our deeply traumatic times. We all may be locked inside, staring at our screens, and not showering as much as we used to. But we’re all experiencing that same thing, on a global scale that we’ve never seen before. This show is an invitation to just be together in our isolation, just for a few minutes, just a bit absurdly, just right now.

7:30pm: Idina Menzel Explores “The Circle of Becoming” Tony winner Idina Menzel, Tony recipient and playwright V (The Vagina Monologues, O.P.C., In the Body of the World), and Grammy and Golden Globe-nominated songwriter Justin Tranter share music and stories about the development of The Circle of Becoming, directed by A.R.T. Artistic Director Diane Paulus.

The new musical fairy tale follows a teenage girl and her posse whose determination to save the planet endows them with powers they never knew they had.

7:30pm: Verdi’s Falstaff Verdi finished his sublime final opera when he was almost 80 years old, capping a fruitful career with a bawdy adaptation of scenes from Shakespeare’s The Merry Wives of Windsor and Henry IV. His raucous operatic farce charts a knight’s gold-digging efforts to seduce two married women, leading to belly-flopping failure on both counts. The score, meanwhile, is a complete tour de force, demonstrating the old master’s still-youthful panache, as well as his profound insight into human nature. In this delightful 1992 telecast, American mezzo-soprano Marilyn Horne—a leader in the bel canto revival of the 1960s and 70s, and one of today’s leading mentors of young singers—stars as Mistress Quickly.

Rent alum Andy Señor Jr. will direct the proceedings, with Stephen Oremus and Will Van Dyke on the team as music supervisor and music director.

Tickets are pay-what-you-feel, and the livestream will have open captions. Tune in to participate in the live chat, or watch the recording afterwards!

The Typists By Play-PerView Stage and screen actors (and real life spouses) Annette O’Toole (A Lovely Sunday for Creve Coeur) and Michael McKean (The Little Foxes) will star in a reading of the 1963 Off-Broadway play by Murray Schisgal, The Typists.

The one-act chronicles the developing romance between new co-workers—a married man and his unmarried supervisor.

The reading streams through March 2, and follows with a live talk back with O’Toole and McKean, and the production’s director, Austin Pendleton. Proceeds will benefit Williamstown Theatre Festival.

All proceeds from the reading will directly benefit Lyons’s Next Wave Initiative, a new developmental branch of The Directors Company committed to amplifying future Black voices in The American Theatre through scholarships and community engagement.

Produced in partnership with 59E9 Theaters  and The Directors Company, the evening will be directed Zhailon Levingston (Tina).

In Chicken and Biscuits, Baneatta and Beverly attempt to put their sisterly differences aside to bury their father, Bernard. All is well at the funeral until it’s revealed that Bernard had not just two daughters, but three. Wig pins loosen, as truths emerge, leaving this African-American family to confront their skeletons head on; naturally with lots of love, shade, and prayer along the way. The world premiere of Chicken and Biscuits opened at Queens Theatre on March 6, 2020, closing early due to the COVID-19.