What to Watch in The New Year: March 22 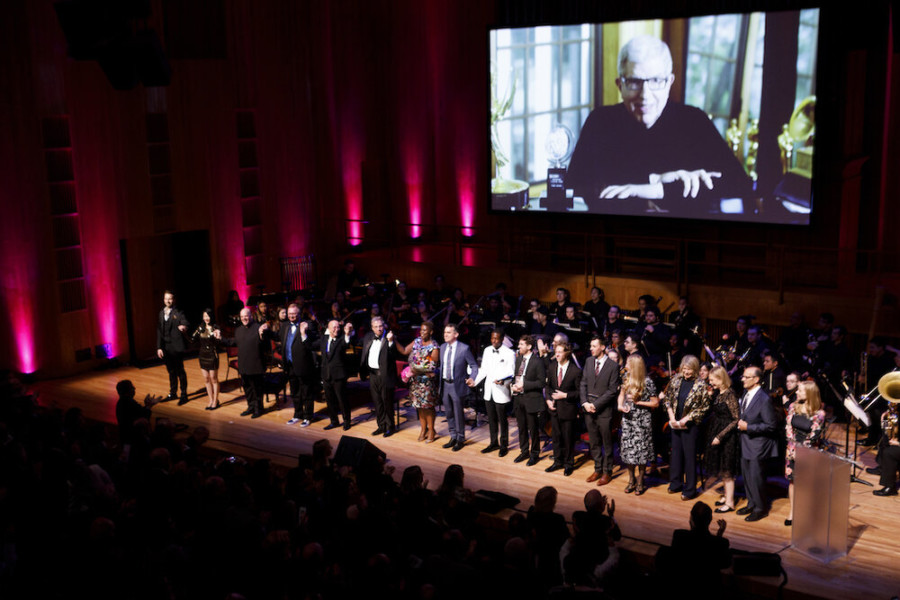 What to Watch in The New Year: March 22

4pm: The Resevoir A lost, queer, neurotic mess of a twenty-something moves home to get sober. Struggling with memory loss, he finds unlikely allies in his four unpredictable grandparents.

7pm: A Taste of Things to Come Find out what’s cookin’! Join us as we revisit the York’s 2016 Off-Broadway New York premiere of the saucy musical A Taste of Things to Come with book, lyrics and music by Debra Barshaand Hollye Levin, music direction by Gillian Berkowitz, direction and choreography by Lorin Latarro, and presented in association with Staci Levine and What’s Cookin’ LLC.

PLEASE NOTE:
This is a panel discussion, NOT a performance.

7:30pm: Gluck’s Orfeo ed EuridiceThe immortal Orpheus myth—something of an origin story for the power of music—has inspired numerous operas and other compositions, including this 1762 masterpiece by Christoph Willibald Gluck. A prime example of what has come to be known as “reform opera,” Orfeo ed Euridice strips away the self-conscious virtuosity and labyrinthine plotlines common in earlier 18th-century opera, replacing them with musical and emotional directness intended to draw the audience more deeply into the drama.

The series, highlighting Bourne’s twists on ballet classics, continues with Cinderella, available on demand for 10 days.

Cinderella stars Ashley Shaw as Cinderella, Andrew Monaghan as Harry The Pilot, Michela Meazza as The Stepmother, Liam Mower as The Angel, and Alan Vincent as The Father.

Assembly was originally slated for the 2020 season and was meant to be Donmar Warehouse’s first production with the new Local Company—members of the community who live and work in the Donmar’s home boroughs of Camden and Westminster—but plans were halted and the show postponed. It has now been reimagined as a digital performance.

The production is created by writer Nina Segal, director Joseph Hancock, and the Donmar Local Company.

With video design by Andrzej Goulding, sets and costumes by Frankie Bradshaw, original music and sound design by Max Pappenheim, and lighting by Sam House, Assembly will mix live performance, animation, and sound in this innovative production about the “impact of humans on nature and what we might build together for a better future.”

The Aran Island Irish Repertory Theatre presents their next Performance on Screen digital production is The Aran Islands by J.M. Synge and adapted and directed by Joe O’Byrne.

Starring Brendan Conroy, the virtual production of The Aran Islands will premiere on March 16 at 7 PM ET and run through March 28.

In the grey, sea-battered landscape of the Aran Islands, full of mist and wild rain, hearth is home and storytellers regale with tales by the fire. When John Millington Synge traveled to these remote islands upon the advice of W.B. Yeats in 1898, he discovered a bleakly primitive, mystical land that would inspire him for the rest of his life, leading to canonical works in Irish theatre, including The Playboy of the Western World and Riders to the Sea.

The Picture of Dorian Gray  Fionn Whitehead, Alfred Enoch (above), Joanna Lumley, Russell Tovey, Emma McDonald and Stephen Fry star in Henry Filloux-Bennett’s drama that follows Dorian Gray as he makes a deal for his social star to never fade. Audiences can watch the production through March 31.

The Niceties until the 28th Who gets to tell the story of race, history and power in America? In this riveting, provocative play, a black student and her white professor – both brilliant – debate whether the legacy of slavery defines our past, and our present.