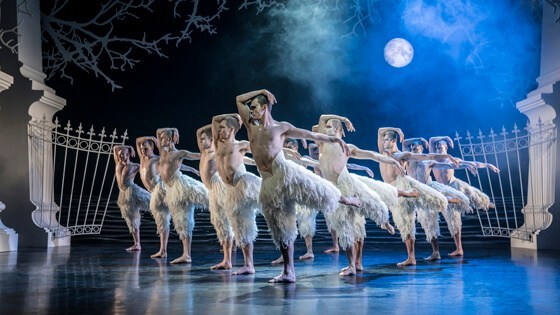 7pm: Deaf is Not a Dirty Word By The Tank See Deaf Women share their trials and tribulations, inspiration, and humor. This show is inspired by The Vagina Monologues and Ihollaback!. This show provides ASL with voice interpretation.

7:30pm: SuperYou Musical the new musical that last year pivoted from its traditional opening to a drive-in concert in the wake of the coronavirus pandemic, is now heading online. A filmed version of the drive-in presentation will stream on Broadway On Demand March 5.

7:30pm: Britten’s Peter Grimes Benjamin Britten’s gripping parable about an outsider fisherman’s persecution in a small Suffolk coastal village, and his slow descent into madness, offers one of the repertory’s most complex tenor roles as well as some of its most haunting and atmospheric music. No less treasured by the many singers who take up the work’s smaller roles, this riveting tragedy is a true vehicle for an ensemble cast, and it remains one of only a handful of mid–20th century operas to have found a lasting place in the canon. As the compassionate Ellen Orford, soprano Patricia Racette—whose offstage contributions include work as a stage director and administrator, as well as trailblazing advocacy for LGBTQ+ artists—stars in this 2008 Live in HD performance.

8pm: Happy Days The Wild Project through March 11
Beckett’s post-apocalyptic vision, with Winnie buried in a mound of dirt and her husband Willie off to the side, filmed on stage without an audience, directed by Nico Krell, featuring Tessa Albertson and Jake Austin Robertson

8pm: Belfast Blues By Irish Repertory Theatre is a tapestry of autobiographical stories told from Geraldine Hughes’s perspective as a little girl coming of age in the war-torn Belfast of the 1980s. These stories bear insightful witness to the many faces of “trying to live a normal life” amidst the violence born of the longstanding conflict between Catholics and Protestants.