What to Watch in The New Year: May 17 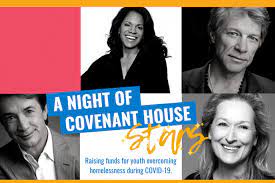 What to Watch in The New Year: May 17

7:30pm: Bellini’s I Puritani A saga of star-crossed love and family drama set against the strife of the 17th-century English Civil War, Bellini’s bel-canto gem is best known for its mad scene, one of the repertory’s most spectacular. Elvira, a young Puritan woman, is set to marry Arturo, a royalist. But when his duty to the crown comes between them, and Elvira finds herself abandoned on her wedding day, she descends into madness with a breathtaking outpouring of virtuosity that only this style of opera can deliver.

Missed Connections Jon Tai and Alex Gruhin’s live, interactive play with magic begins its run of livestreamed performances as part of 59e59 Theaters’ Plays in Place series. Inspired by the work of writer Haruki Murakami, philosopher Marshall McLuhan, and magician Derek DelGaudio, Missed Connections is a magician’s cosmic love story—one that explores the fleeting bonds that can emerge between total strangers. Audiences can experience the magic for themselves through May 20.

Reverb Theatre Arts Festival through May 20th. Reverb Theatre Arts Festival presents the voices of artists with disabilities on the virtual stage. Artists from around the country submitted their works of original theatre—monologue, spoken word, dance, or music—based on creative prompts on the theme of Connection. The work is the result of twenty-four collaborations between Participating Artists and Collaborating Artists.