What to Watch in The New Year: May 22 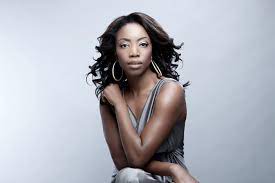 What to Watch in The New Year: May 22

Visit the virtual stage for a rare and intimate look inside the mind and creative process of this superstar director and choreographer as she prepares for her re-envisioned production of the landmark musical Ain’t Misbehavin’, an upcoming co-production between Westport Country Playhouse and Barrington Stage Company.

7:30pm: Donizetti’s Lucia di Lammermoor A rare opportunity to catch Joan Sutherland in the role that earned her the nickname “La Stupenda,” this 1982 telecast shows the soprano at her best, delivering a breathtaking, hair-raising, utterly unforgettable performance as the hapless Scottish lassie whose heartbreak morphs into murderous rampage. Sutherland floored audiences with her superhuman virtuosity, but the equally phenomenal Alfredo Kraus, who plays her anguished lover Edgardo, matches her note for note in this legendary operatic event.

Stream on demand through May 23.