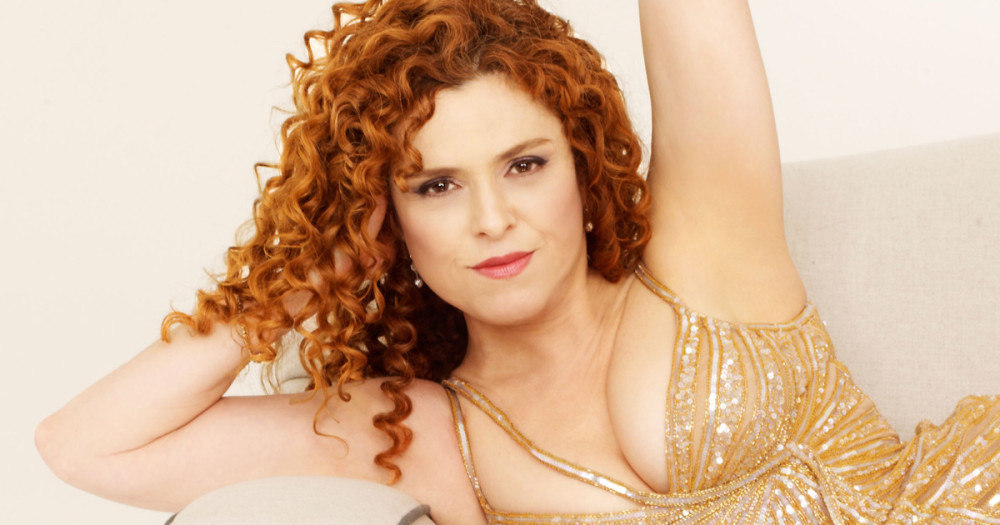 1pm: HERE: A Series of Landscapes created by the New York new-music collective thingNY and set in the world of our dreams. Audiences are invited into a Zoom call where seven performers dive into the anxiety and serenity of this paradoxical moment, where yesterday’s action in the street, today’s paralyzing personal stasis, and tomorrow’s online wedding are all refracted through the bizarre filter of social and emotional distance. You’re outside of time and somehow you’re everyone. “Is that me? Is that you? What year is it?” We’re together with everyone we’ve ever known. Jeff’s dad shows up to get us out of there. We might be in Texas. There will be absurdity, severity, sweetness, and uncanniness amidst moments of interaction, deluge, and connection.

2pm: The Shows Must Go On!: Joseph and the Amazing Technicolor Dreamcoat Inspired by the record breaking London Palladium production, this version stars Donny Osmond, Maria Friedman, Richard Attenborough and Joan Collins. A lively and colourful journey through Ancient Egypt, Joseph and the Amazing Technicolor Dreamcoat follows the rags to riches story of Joseph, his eleven brothers and the coat of many colours. Spectacular visuals and an enchanting score packed with hit songs including Close Every Door to Me, Go Go Go Joseph and Any Dream Will Do make this a dream of a show for the entire family.

2pm: Royal Ballet : Romeo and Juliet Kenneth MacMillan’s passionate and nuanced choreography for Romeo and Juliet shows The Royal Ballet at its dramatic finest. The dancers playing the star-crossed lovers of the title have a wealth of opportunity for powerful interpretation, not least in the celebrated pas de deux. Around them, the whole Company creates the colour and action of Renaissance Verona, where a busy market bursts into sword fighting and a family feud leads to tragedy for the Montagues and Capulets. Prokofiev’s beautiful score sweeps this dramatic ballet towards its inevitable, emotional end.

In 1965, MacMillan’s Romeo and Juliet was given its premiere at Covent Garden by The Royal Ballet and was an immediate success: the first night was met with rapturous applause, which lasted for 40 minutes, and an incredible 43 curtain calls. The title roles were danced by Rudolf Nureyev and Margot Fonteyn, although the ballet had been created on Christopher Gable and Lynn Seymour. It has been performed by The Royal Ballet more than four hundred times since, as well as touring the world, and has become a true classic of the 20th-century ballet repertory.

2:3pm: Turn Up! A host of theatre luminaries will take part in Turn Up!, a streaming benefit for the Black Lives Matter, LGBTQ+ rights, and intersection of both movements.

The event will be filmed in part at London’s Cadogan Hall and feature songs, poetry, readings, speeches, and more.

3pm: Cirque du Soleil 60-minute special, join us as we take you on a three-destination trip to our adored touring shows: first hop Luzia, then Bazzar, with a final stop on Kurios – Cabinet of Curiosities! Watch our characters jump into worlds beyond imagination and follow them on their acrobatic journey!

5pm: Julie Halston: Virtual Halston Broadway actress/comedienne Julie Halston is coming to a laptop near you! After ranting and raving on stages and cocktail parties, the comedy queen will launch “Virtual Halston,” a weekly half-hour gab-fest spotlighting her famous friends. Her guests on this episode are actor-singer Anthony Wayne (Mighty Real: A Fabulous Sylvester Musical) and Frank DiLella.

Bristol Riverside Theatre: Summer Music Fest: From Phantom to Mame
Filled with hit after hit, this concert will feature the amazing work of two legendary composers: Andrew Lloyd Webber and Jerry Herman. You’ll enjoy songs such as I Don’t Know How To Love Him, All I Ask of You, and Memory. Tickets are $35.

8pm: Four Walls Theater: Rights of Passage a live reading of Michelle Tyrene Johnson’s Rights of Passage, in which A white police officer seeks legal counsel after killing an unarmed Black youngster. Sibyl Rolle directs a cast THAT consists of 2020 graduates from college and MFA programs. Anyone can watch, but audience members who reserve in advance can participate in a postshow discussion on Zoom. (Proceeds partly benefit Black Lives Matter.)

8pm: Joe’s Pub: Natalie Weiss brings her unique brand of pop and musical theatre classics for her Joe’s Pub solo debut! Best-known for her hit YouTube series, “Breaking Down the Riffs,” the international performer and vocal coach gets frank about her inner fangirl, search for love in a ghosting world, and bends the pitch like a Beckham!

8pm: Bernadette Peters: A Special Concert this is a recording of her full 2009 concert Broadway’s Minskoff Theatre is being streamed as a benefit for Broadway Cares/Equity Fights AIDS. Peters, a three-time Tony Award recipient and star of TV and film, will be joined by actor and friend Michael Urie to talk about the concert, share inside Broadway stories and celebrate Peters’ illustrious career.

Ten years after opening night of their high school production of Clues: The Musical, a group of friends reconnect from afar over a virtual game of Clue. However, after one of the friends goes missing online, they soon realize that this is not just a game any more…this is real.

In this all-new live interactive musical comedy event, guests are invited to watch the mystery unfold in real time, while helping uncover the killer with in-chat puzzles and unlockable scenes! Are you ready to play?