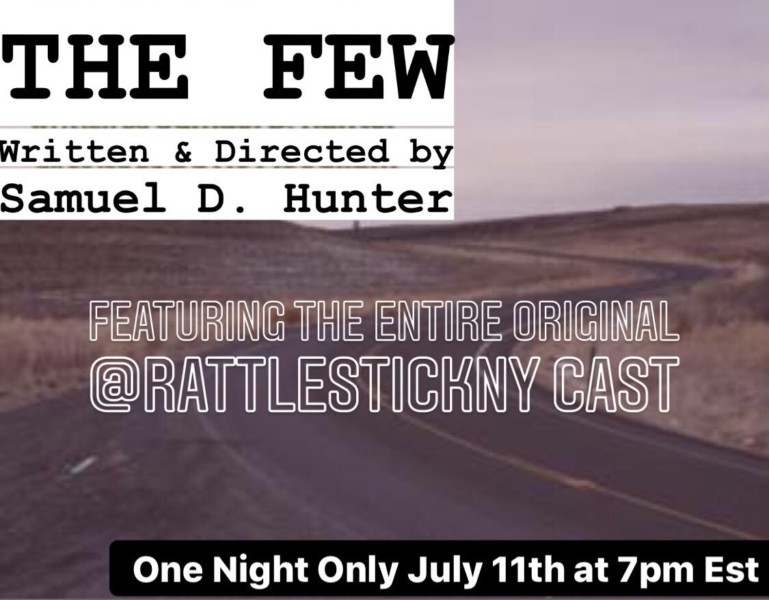 2pm and 8pm: Stars in the House at 2pm: Plays In The House: a regional spotlight on The Allegro Wolf Arts Center with Taylor Eliason and guests.  and 8pm: Guest Host Andréa Burns and Friends

​2:30pm: Turn Up! A host of theatre luminaries will take part in Turn Up!, a streaming benefit for the Black Lives Matter, LGBTQ+ rights, and intersection of both movements.

The event will be filmed in part at London’s Cadogan Hall and feature songs, poetry, readings, speeches, and more.

3pm: LAO at Home: Living Room Recital This weekend recital features soprano Guanqun Yu, an artist who has dazzled LA Opera audiences as the Countess (Rosina) in both The Marriage of Figaro and The Ghosts of Versailles, and as Vitellia in The Clemency of Titus.

7pm: The Few written and directed by Samuel D. Hunter. The reading will feature the entire original Rattlestick Playwrights Theater cast, including Tony nominee Gideon Glick (To Kill a Mockingbird).

Four years ago, Bryan abandoned his labor of love: a newspaper for truckers.  Now he’s returned—with no word of where he’s been—and things have changed. His former lover is filled with rage, his new coworker is filled with incessant adoration, and his paper is filled with personal ads.  As he considers giving up for good, Bryan searches for what he couldn’t find on the road: a way to keep faith in humanity.

Robert Klein (They’re Playing Our Song) will narrate the 30-minute program, which will showcase interviews with four New Yorkers whose stories are emblematic of the many affected by the ongoing pandemic: Patrick Vaill (Jud Fry in the Tony-winning revival of Oklahoma!), comic Gina Brillon, chef JJ Johnson, and musician Antoine Roney.

Viewers are invited to donate at JARnyc.org. Funds raised will benefit JAR grantees, including 10 new grantees that support programs across the city that are helping communities impacted by COVID-19.

7:30pm: Puccini’s Madama Butterfly Anthony Minghella’s exquisite production—an instant classic at the Met since its 2006 premiere—provides an evocative setting for this tragedy about a noble but naive geisha awaiting the return of her American Navy lieutenant. Key to the staging are symbolic visuals that tap into traditional Japanese culture while honoring the searching, timeless beauty of Puccini’s mid-career masterpiece.

8pm: Native Son For one night, a play by Nambi E. Kelley, adapted from the novel by richard wright, and directed by our very own Emil Thomas. Native Son tells the story of Bigger Thomas, a black man navigating prejudice and relationships in the 1930’s. Purchase a ticket to stream Theatre in the Square’s 2017 production of Native Son, presented in collaboration with the Actor’s Theatre of Georgia.