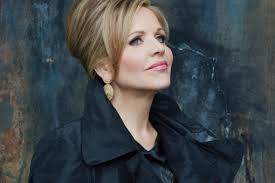 Aria Code Podcast In its 18 episodes, Season 3 will explore such topics as hope and resilience (with Turandot’s “Nessun dorma”), the Black experience in the South (with an aria from the new opera adaptation of Charles M. Blow’s Fire Shut Up in My Bones), forced migration (“O patria mia” from Aida), and depictions of mental health (the Lucia di Lammermoor “mad” scene).

2:30pm: Piaf  Olivier winner Jenna Russell stars as Edith Piaf in this Nottingham Playhouse production of Pam Gems’ play with music about the life of the famed French singer.

7:30pm: Puccini’s Tosca In his ever-popular potboiler, Puccini stirs together some of humanity’s strongest motivating forces—love and loyalty, fear and cruelty—to create an operatic thriller that sinks its teeth into the listener with the opening chords and never lets go. Taking place in Rome in 1800, the story concerns a fiery yet devoted diva, the painter/revolutionary whom she loves, and a sadistic police chief determined to crush political rebellion and claim Tosca for himself. All three are among opera’s most indelible characters.